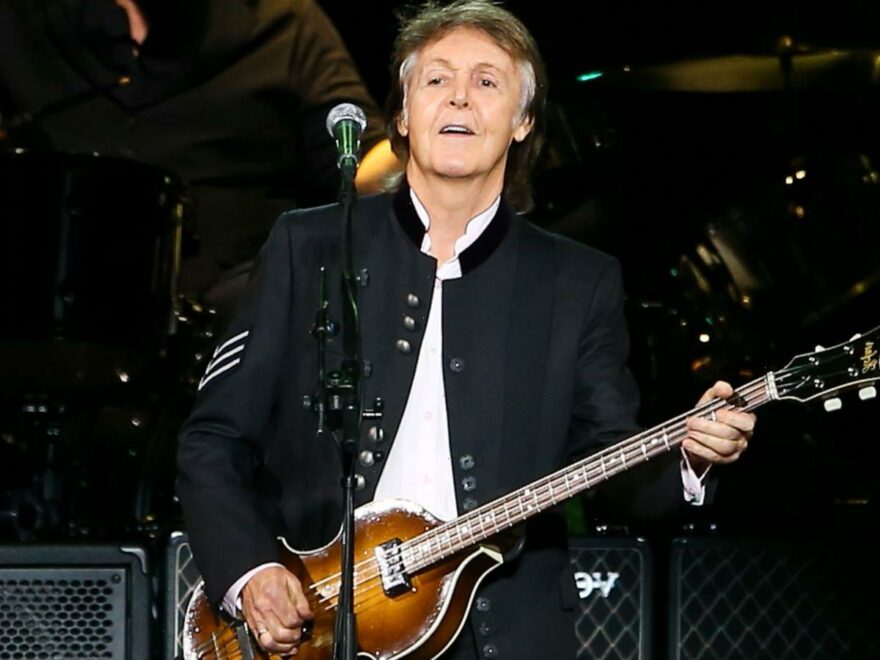 The 60s produced some of the finest singers who later went on to become the face of their genres.

Whether it’s re-watching the iconic performances of Janis Joplin or Jimi Hendrix at Woodstock or just tuning up the oldies radio station, there’s a smorgasbord of music to be enjoyed from the sixty-year-old time capsule of tunes. Here are some artists who made a ton of money off some of our favorite songs.

RELATED: 6 Artists Who Left Their Bands For Successful Solo Careers

She is the boss! Her iconic 1983 Central Park performance of her singing to thousands in the rain is more than enough to solidify her as one of the best entertainers of her time. Though, she was a superstar far before that. Motown Records knew they had a gem on their hands when they formed the mega-successful girl group, The Supremes. Paired with Mary Wilson and Florence Ballard, Ross helped bring tons of number 1 hit songs to the legendary record label. Though destined for star power, she truly took off when she branched away from the Supremes and began her long-lasting solo career.

When her first album was released, Ain’t No Mountain High Enough reached the number one spot, and Ross was on her way to taking over the R&B charts. She went on to put out an impressive 18 number one hits. However, most may better remember Ross for her amazing acting career. From her iconic starring role in Motown Production’s Mahogany to portraying Dorothy in the 1978 film adaptation of The Wiz, she showed the world that she was much more than a pretty.

While the younger generation of music listeners may recognize his name from Maroon 5’s hit song, Moves Like Jagger, the people of the sixties wouldn’t dare forget the roar of teen girls screaming back when the young lead singer of the Rolling Stones would first walk on stage.

When the Rolling Stones came on to the scene, they were presented as the edgy foil to the squeaky clean Beatles. At the heart of the rock-n-roll staple was Jagger, singing and dancing his heart with his raspy voice and unbeatable swagger. The band took the spearheaded the genre of rock’s trajectory towards the more transgressive, gritty sound that we know today. Speaking of today, the Rolling Stones currently hold three spots on the list for the highest-grossing tours in history. Jagger fronted the band’s 2005 A Bigger Bang Tour, which ranks at #4, grossing $558,255,524. However, Jagger doesn’t show any sign of stopping anytime soon. He and the rest of Stones are continuing their No Filter Tour, which was previously postponed due to the COVID-19 pandemic.

The story of Bob Dylan’s upbringing feels more like a fable than a true-life story. Maybe that’s why his poetic lyrics have made him the Godfather of Folk with such record-smashing albums as Highway Revisited, The Times They Are a-Changing, and Blood on the Tracks. You’d be hard-pressed to find an artist with the same amount of universally acclaimed records as Mr. Dylan.

Like many of his contemporaries like Lenard Cohen and Joni Mitchel, Dylan made a name for himself in the music world with thought-provoking, incandescently composed lyrics that encapsulated storytelling in its purest form. Music lovers and critics alike hoist the eighty-year-old pioneer as a living legend. Songs like The Times They Are a-Changing have made him a symbol of counterculture within the decade. Along with ten Grammy’s, Dylan has received the Pulitzer Prize in 2008, the Nobel Peace Prize in 2016, and even had President Barack Obama presented him with the Medal of Freedom in 2012.

Who could forget the lark voice of Funny Girl‘s original Fanny Brice, Barbra Streisand? From the minute she stepped into the spotlight, her powerhouse vocals rivaled such legends as Judy Garland and Ethel Merman. Streisand’s stellar sixty decades of starring on stage and screen have granted her the 75th ranking of Forbes’ 2021 America’s self-made woman with a fantastic net worth of $415 million.

The star made her Broadway debut in 1962’s I Can Get It for You Wholesale, then took the theatre world by storm when she performed in Funny Girl two years later, being nominated for a Tony Award in both productions. Around this time, she made her first television appearance on The Tonight Show, when she wowed the audience with her rendition of a Sleeping Bee from the musical House of Flowers. Then came her first television special, the Emmy Awards winning My Name is Barbra. The massive acclaim from the special cajoled CBS to offer the star a 10-year contract to make even more dazzling productions for their network.

While her voice has brought her a vast selection of number one hit records, a large chunk of her nine-figure fortune can certainly be attributed to her decorated career on the big screen. Hello Dolly!, Yentl, The Prince of Tides; all these movies and many more have made Mrs. Streisand a legend in the world of Hollywood.

Whether you discovered his extensive discography after watching the biopic Rocketman or you’ve been singing along to Tiny Dancer since it came out, there’s no denying that Elton John is a mega force to be reckoned with when it comes to iconic artists.

His musical prowess was evident as early as the age of four when he developed some pretty impressive piano playing skills. He dropped out of high school a year before graduation to pursue a career in the music industry. Fate had it that he’d be teamed up with a long-lasting friend and lyricist Bernie Taupin when he applied for a songwriting gig at Liberty Records. While his first album turned out to be a flop, Elton struck gold when he released his self entitled record in 1970. Your Song was played all around the world along with other hits from the album like “Take Me To The Pilot.”

Over the next few decades, the team started cranking out hit after hit – from Candle in the Wind to Crocodile Rock. But one of the biggest cash cows of Elton’s career was his major contribution to one of Disney’s biggest movies, The Lion King. Teamed up with lyricist Tim Rice, he packed the movie’s soundtrack with a number of some of our favorite songs. The most memorable being Can You Feel the Love Tonight.

You can thank Sir Elton John for bringing the music of the 200 film Billy Elliot to Broadway in 2008. You can also thank him for the composing and producing role that he played in Disney’s Gnomeo & Juliet. In 2019, the world got to see his iconic career played out when Taron Egerton portrayed him in the New Republic Pictures biopic, Rocketman.

You guessed it! How could you be a Beatle and not be loaded? With as much international raving as the Beatles received in their heyday, it’s only right that he’d be one of the richest artists in history. In fact, McCartney is the richest of the Beatles, with his $1.2 billion net worth being double the amount of fellow band member Ringo Starr.

After the dust of the mega sensational British Invasion had settled, McCartney continued making music that’s beloved around the world. After the Beatles broke up, he formed his own band called ‘The Wings,’ which brought us such classics as Maybe I’m Amazed and Jet. He then went on to collaborate with top-tier artists like Michael Jackson and Stevie Wonder. And now, decades after he first took over the world, McCartney is still making music.

Just last year, he released his 18th album as a solo artist, McCartney III. This year, he teamed up with Hulu to present the streaming services subscribers with a documentary series, McCartney 3,2,1. Fans of the music icon can see McCartney diving deep into all this within his sixty-decade career.

READ NEXT: Rihanna Is Officially A Billionaire