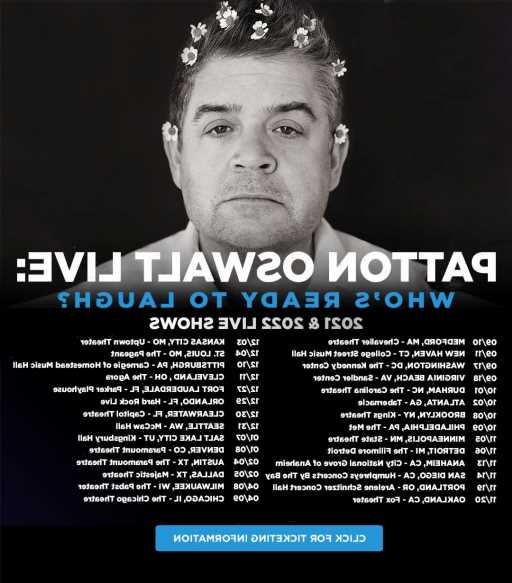 Patton Oswalt announced he is cancelling his comedy tour dates in Florida and Salt Lake City due to the venues’ refusal to require COVID-19 vaccinations and recent negative tests for audience members.

In an Instagram post, Oswalt said he asked venue to require the audience members show proof of a COVID-19 vaccination or proof of a negative COVID-19 test within 48 hours or 72 hours — depending on the local venue’s regulations on their website. “The good news is we are keeping everyone who’s going to these shows safe and healthy because the numbers are going up,” said Oswalt on Instagram.

After the COVID-19 health regulations were announced, several venues said they would not comply. “I’ll give you one guess as to which state it was,” said Oswalt in regards to Florida not wanting to adhere to guidelines. December tour dates announced in Florida were Fort Lauderdale on Dec. 27, Orlando on Dec. 29 and Clearwater on Dec. 30. The February 2022 show in Salt Lake City was also cancelled. Variety has reached out to each venue for a response to Oswalt’s asks and has not yet heard back.

“This difficult decision was made due to the rising numbers of COVID cases. I have an ego but my ego is not big enough to think that people should die to hear my stupid comedy,” the performer said. “Hopefully in the future we can rebook those, when sanity holds sway again.”

The remaining tour dates for Oswalt’s upcoming tour will begin Nov. 13 and will go through April 9 next year.

For details for the “Patton Oswalt Live: Who’s Ready To Laugh?” comedy tour, go to pattonoswalt.com