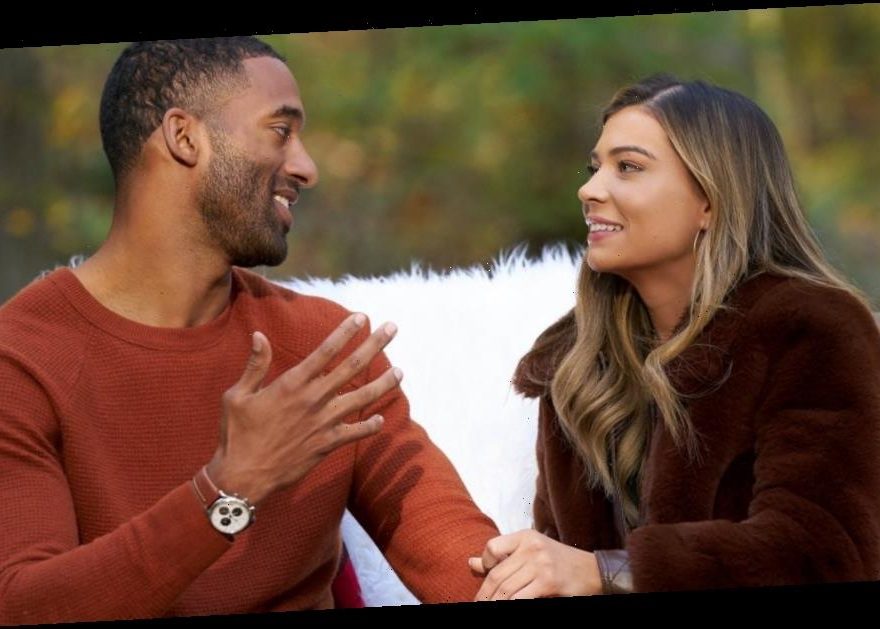 On Jan. 18, The Bachelor Season 25 will finally reveal what’s going on with Sarah Trott. In the last episode, the contestant had a romantic one-on-one date with Matt James. She also fainted before James ended the second rose ceremony. Now, The Bachelor Season 25 Episode 3 trailer confirmed Sarah is doing just fine. But, even so, it seems the cast member will be at the center of drama this week. Then a new promo seemingly hinted that Sarah could be leaving The Bachelor if she’s unable to get over a “roadblock” with James.

What happened to Sarah Trott and Matt James on ‘The Bachelor’ Season 25?

In The Bachelor Week 2, James took Sarah on the second one-on-one date of the season. The couple went on a romantic ride on a 1930s biplane. Of course, they seemed to have a blast. But, James could tell that something was holding Sarah back. That said, she was able to open up about her life and family later that evening.

During the dinner portion of their date, Sarah explained why family was so important to her. When she was in college, her father was diagnosed with ALS. So she chose to quit her job to become a caregiver for her father. Then James expressed his gratitude.

At the end of the night, James gave Sarah a rose, which means she is safe for another week on The Bachelor. Meanwhile, Sarah popped up again at the end of the episode. Midway through the rose ceremony, Sarah fell into the arms of a producer.

“I’m seeing stars,” Sarah said, rubbing her head. “I’m blacking out. I can’t see.” Then a producer asked for a medic.

The Bachelor Season 25 Episode 3 promo trailer seemingly confirmed Sarah will be OK after fainting. Throughout the dramatic teaser, the contestant was seen crying with James by her side. Then another preview from The Bachelor Instagram and Twitter indicated Sarah’s love story with James could be “disrupted.”

In the trailer, James seemed to get closer to Sarah after spending some more alone time together. The teaser also hinted that James could start to develop some “real feelings” for the contestant. That said, it’s possible this causes drama among the women.

“She’s getting exactly what she wants,” Anna Redman said in a confessional with producers. Then in a voiceover, Sarah called some of the women “really cruel.”

Meanwhile, The Bachelor trailer highlighted the possible downfall of Sarah’s relationship with James. In an interview with producers, Sarah said, “It felt like a knife through my heart.” Then in another clip, James said, “I don’t want to lose you.”

Now, some Bachelor Nation fans think the trailer suggested Sarah will self-eliminate. “I feel like Sarah can’t deal with being on the show and decides to leave because she can’t stand certain women in the house, aka Victoria [Larson],” a fan wrote on Instagram.

Of course, viewers will just have to wait and see what happens to Sarah on The Bachelor. But in a promo published by Good Morning America on Jan. 18, Sarah explained why she was so concerned about her relationship with James.

“I just feel emotional exhausted,” Sarah said. “It kills me to think he’s having these special moments with other women, too. I just worry if I can’t get past this, it’s going to be a roadblock in my relationship with Matt. Now, I feel like I should do something about it.”