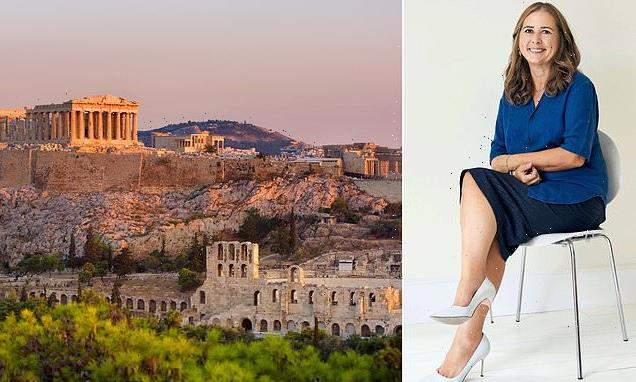 ALEXANDRA SHULMAN’s holiday notebook: That’s it – I’m going to have to move to a Greek island! 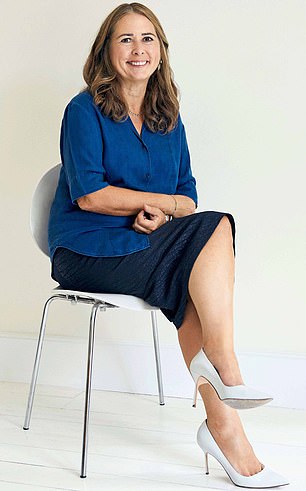 The one downside of holidays is that you wait ages for one and then, unlike buses, three don’t arrive at once, says Alexandra Shulman (pictured above)

The one downside of holidays is that you wait ages for one and then, unlike buses, three don’t arrive at once.

Instead, blink and suddenly you’re home as if you’d never left, fretting about the dying dahlias and back sitting on the same sofa scrolling your way through Netflix.

We’ve just spent ten days in Greece, which, like all successful holidays, has prompted me to dream of a change of lifestyle – swapping grimy London for the quayside of a warm Aegean island where I could spend hours watching the boats pass.

Not that I much enjoy the reality of being on a boat – I’m the woman who was so frightened of the Thames that, in the days when the Telegraph group had little boats to ferry their staff up to the newly installed HQ at Canary Wharf, I had to be decanted downriver at Tower Bridge.

But what I do love is the hypnotic, timelessness of the way they glide past, whether they’re a massive ferry or a tiny fisherman’s caique.

Greece is such a seafaring nation that it’s impossible not to be aware of the importance of boats of every kind.

At some point all conversations turn to the sea – the winds that maroon the holiday yachts in the Cyclades, the closure of the Corinth Canal due to a landslide, the huge increase in container shipping revenue this year.

It’s as much a part of the daily chat as the British weather. And just as compelling when you’re there. 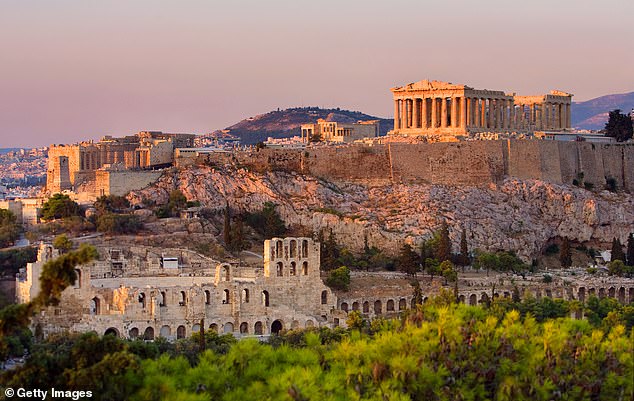 We’ve just spent ten days in Greece, which, like all successful holidays, has prompted me to dream of a change of lifestyle, writes Shulman (file photo of Athens)

Here’s one Harry we should all copy

I’m not attempting to compete with my fellow Mail on Sunday writer Piers Morgan on the celebrity holiday companion front (how could anyone?), but the other day I found myself having a drink alongside the very friendly Harry Theoharis, the Greek minister for tourism.

When we parted, he gave us his mobile number in case we needed it on our island-hopping travels.

On a scale of one to ten, how likely is it that his British counterpart would do the same? 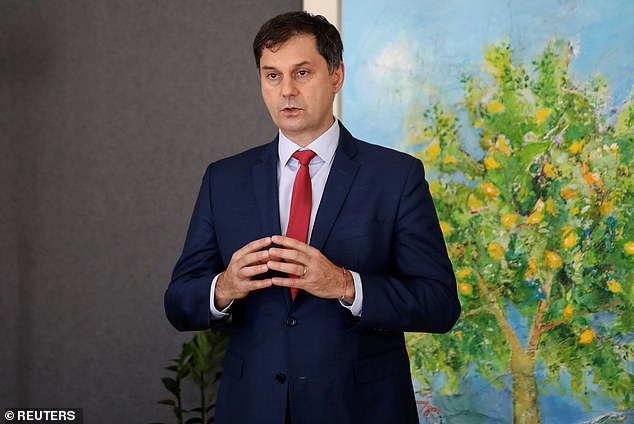 Greek Tourism Minister Harry Theoharis is pictured speaking during an interview in Athens, Greece, on March 10 this year

My suitcase is just a clothes museum

Most of us already have holiday wardrobes – those familiar clothes brought into the light of day only once or twice a year, for the annual trip to the sun.

But does that stop us wanting to add to them when we’re away? Of course not.

Holiday shopping, particularly for women, is a huge part of the enjoyment and we often justify it to ourselves with the idea that we can scoop up something impossible to find back home.

This is naturally nonsense, since almost everything can be found online now. But who cares?

There’s nothing like finding something gorgeous and wearing it for the first time after showering off a day in the sun.

My own huge collection of holiday clothes is now beginning to qualify for museum status, so elderly are some of the items I can’t bring myself to get rid of.

I can see it all now on display behind glass: red bias-cut skirt – provenance S. Italian market 20th Century. Greek striped linen shirt thought to be have been worn over swimwear, approx 1989. Blue cotton T-shirt, possibly once white, 1990s. From the collection of Alexandra Shulman, 20th Century journalist and holidaymaker. 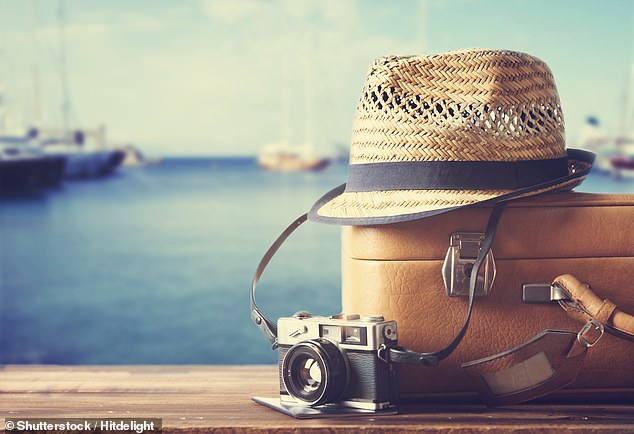 There’s nothing like finding something gorgeous and wearing it for the first time after showering off a day in the sun, writes Shulman (file photo)

Alongside holiday shopping, there’s now the mandatory business of Covid testing to occupy our time.

Self-administered lateral flow tests are pretty simple, but even so there was a moment, as we sat in our hotel room juggling little sticks and samples and completing endless forms, that was fraught.

What if we dropped the plastic tube? What if we sullied the sticks? And, most importantly, what if, instead of the single line we were expecting to show up on the tester, the dreaded double appeared? What if we tested positive?

I have no idea what we would have done. Even being two well-prepared travellers, we had absolutely no plan B for that possibility.

And neither, I expect, do most people. 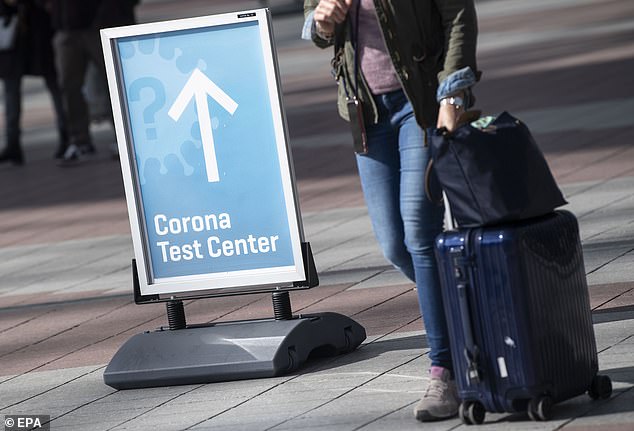 I rode an e-bike all the way to heaven

For years I refused to buy an automatic car on the grounds that, without gear and clutch activity, it wasn’t real driving.

I’ve felt similarly about electric bikes – until now. Riding one around the hills of Poros has provoked the same evangelic conversion as found in ex-smokers.

What heaven it is to think you are exercising without exerting yourself at all, and getting the smug satisfaction of being all eco-friendly to boot. I’m already investigating buying one for the city, although whether it will have quite the same appeal when I’m negotiating London’s Hyde Park Corner in the rain remains to be seen.

Last week there was a shortage of fresh whitebait and anchovies on the menu, explained to us as being due to the full Moon.

Apparently, these small fish swim much deeper at this point in the lunar calendar and escape not only the Moon’s illuminating brilliance but the trawling nets too.

Instead we were served black taramasalata in one restaurant. It looked like squid jelly, although my one mouthful proved it tasted similar to the usual white or pink version. Nevertheless I confess I found the unexpected colour completely offputting.

It reminded me of an art gallery dinner I once went to on a rooftop in the small emirate of Sharjah. The menu was colour-themed – the first course all white, the second red, the third black – or something like that.

At any rate, it all tasted disgusting because a plate of single-colour food looked completely unfamiliar and unrecognisable, even if the flavours weren’t so strange.

Taste, it turns out, is deeply connected to sight. 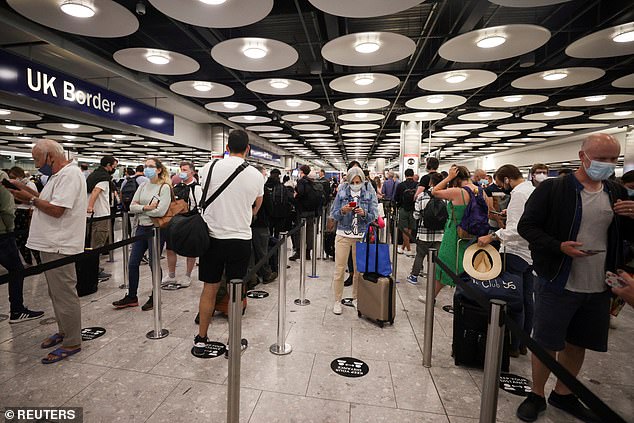 It seemed churlish to balk at the queues at Heathrow arrivals, in comparison with the horrendous images at Kabul airport. But that didn’t stop a lot of eye-rolling, foot-stomping and muttering from the adults waiting in line.

In contrast, the many small children stood patiently and quietly, making no fuss at all as their parents humphed and grumped their slow way to the front.

Incidentally, we weren’t once asked to show either our negative Covid tests or our painstakingly compiled passenger locator forms.