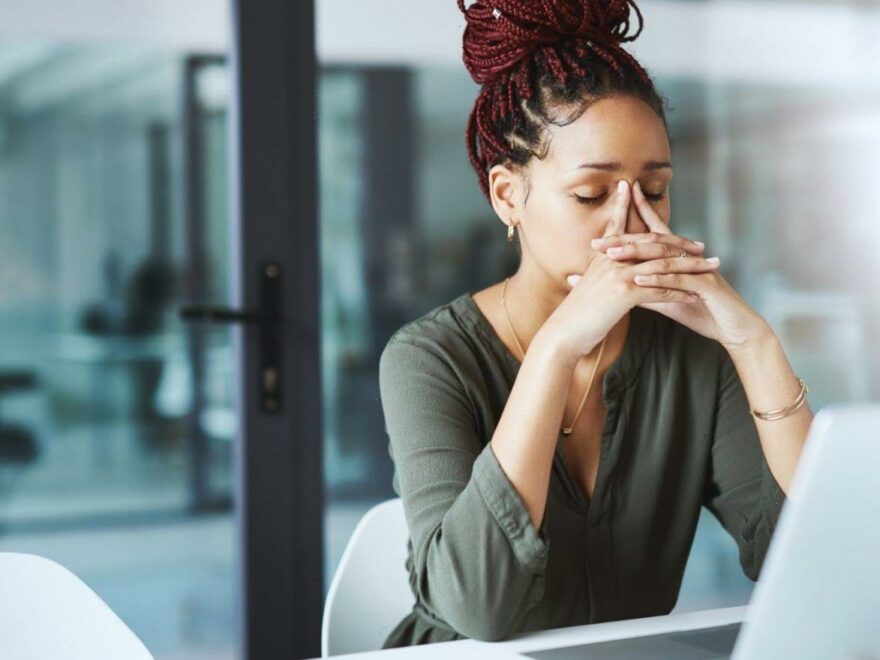 Dealing with negative feedback can be tricky, especially if you tend to overthink – but this four-step method could make all the difference.

No matter how many times we tell ourselves that criticism – whether valid or not – maybe for our own benefit, it’s easy for our ego to get in the way or, even worse, for our brains to start overthinking and reading deeper into the criticism than needed.

This form of overthinking often means we take away a lot more from what was said and draw up our own conclusions – but there are ways to limit this.

Amanda E. White, LPC and author of Not Drinking Tonight, has shared a handy hack on how to deal with negative feedback and ways to not take it personally.

Taking to TikTok, White shares her method with her followers in a video that gained over 23,000 views.

“Here’s my favourite hack for when you get a negative piece of feedback and you’re trying not to take it personally. Grab a notebook and a piece of paper. Now create two columns – on one, write what was said and what the feedback was and on the other side, write about what your interpretation was.”

White then shared an example of negative feedback she received, saying: “I got negative feedback on my book; someone said something specific that they didn’t like the format of my book. That’s what was said. But what really hurt me was actually my interpretation of that feedback.

Using this example, White makes it clear that what was said and what she interpreted from it was considerably different and highlighted the ways we can take feedback and how imposter syndrome and insecurities can lead us to make some things bigger than they are.

“We can reduce our suffering greatly when we can separate the reality of what happened and our interpretation,” she says.

Many shared how they’ve begun to use this hack to deal with negative feedback they’ve received at work.

“I think I’m pretty good with receiving criticism but when it comes to work I think I’m so unsure of myself that I read into it a lot more than I should,” one user commented. “It’s so eye-opening to actually write down what was said versus what I took away from it to gain some clarity.”

Another user wrote: “This is such a quickie and handy trick to gain some perspective on your thoughts and feelings and what was actually said. We can get so stuck into our own minds and that begins to take over. I’ll definitely be implementing this at work from now on.”