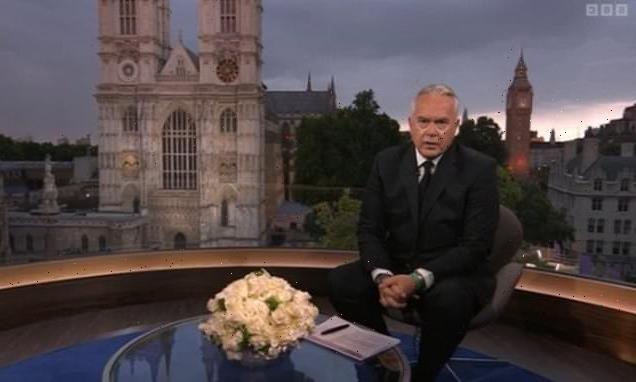 STEPHEN GLOVER: To my great relief, the BBC has grasped the public mood and reminded us what a unifying role it can play in national life

The BBC has received a lot of criticism over the years, not least from my pen, for being metropolitan centred in many of its preoccupations, and sometimes out of step with much of the country.

Let’s face it: Auntie often looks at the world through a slightly Left-wing lens. Witness Emily Maitlis, now departed from the BBC, whose opinionated monologues were an extreme example of the Corporation’s political bias.

So when I heard of the Queen’s death I inwardly trembled at the prospect of coverage on the Beeb reflecting the republican prejudices I imagine many of its journalists privately hold. I need not have harboured such fears.

Of course, we all knew that the BBC has long shown amazing technical prowess in conveying the pageantry of royal occasions, and yesterday’s coverage of the Queen’s funeral, the stirring processions, and the committal in Windsor has been no exception. The camera work was superlative.

So, too, was the commentary from Huw Edwards, who has proved himself a worthy successor to the veteran David Dimbleby, who nonetheless popped up as the BBC commentator during the committal service.

Mr Edwards is well-informed, while wearing his knowledge lightly. He wisely said relatively little — and nothing at all during the funeral service — so as not to interrupt the reflections of his audience. 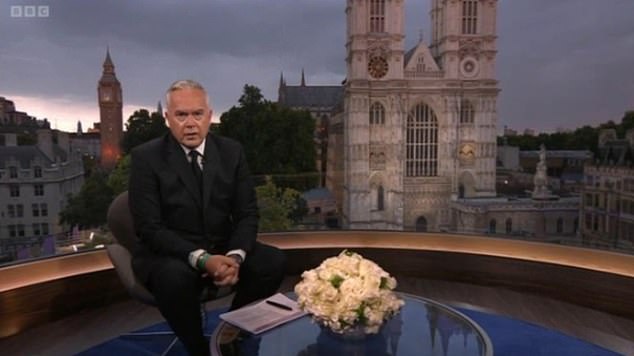 But the achievement goes far beyond the BBC’s traditional brilliance in the coverage of state ceremonies. What has surprised and heartened me over the past few days is the respect our national broadcaster has shown for Queen Elizabeth, King Charles and the institution of the monarchy.

Not that the Beeb’s tone has been servile or ‘Pravda-esque’ — to use the word rashly applied by the Economist magazine to some recent media coverage, drawing an odious comparison with the slavish obedience of the Communist Party’s official organ during Soviet times.

The BBC has simply grasped the public mood, which is overwhelmingly sympathetic to our late Queen, the new King, and the monarchy as an institution. Rather miraculously, it has set aside whatever private reservations its journalists may have.

There have been exceptions, to be sure. Former Prime Minister Gordon Brown was said to be infuriated — and rightly so — by a report a week ago on BBC1’s News at Ten, which suggested that Scotland has grown so far apart from the rest of the UK that it might separate during the new King’s reign.

Such an interpretation seemed to be at odds with the many protestations of love and loyalty shown by tens of thousands of people north of the border towards the deceased Queen of the United Kingdom, and her successor.

But false notes have been rare. Even normally abrasive characters have been on their best behaviour. Yesterday morning I held my breath when the historian David Olusoga was interviewed by Huw Edwards, alongside the Mail’s Robert Hardman. Mr Olusoga, who perennially berates Britain for its part in the slave trade, couldn’t have been more reasonable.

Meanwhile, BBC Home Editor Mark Easton, who is normally no friend of the Tories and seemingly tacks to the Left, has produced some perceptive and balanced appreciations of Queen Elizabeth’s reign for BBC News.

Even last week’s scabrous The News Quiz on Radio 4 somehow caught the mood of the nation, with naturally subversive contestants lining up to say constructive things about the Queen.

What has happened? Some will attribute the BBC’s new-found restraint to executive pressure. Last year, its Director-General, Tim Davie, said he would tackle accusations of bias with an impartiality crackdown, which includes controls on staff sharing their opinions on social media, and emphasises the need for neutrality.

It’s possible that the Beeb’s new chief executive officer of news and current affairs, Deborah Turness, is also having an effect. Her reputation is that of a professional journalist who has no time for news reporters ventilating their private opinions.

But something else may also be at play. Is it conceivable that the BBC’s journalists succeeded at this solemn moment in setting aside their personal inclinations so as to respect viewers’ feelings about the monarchy and the country? 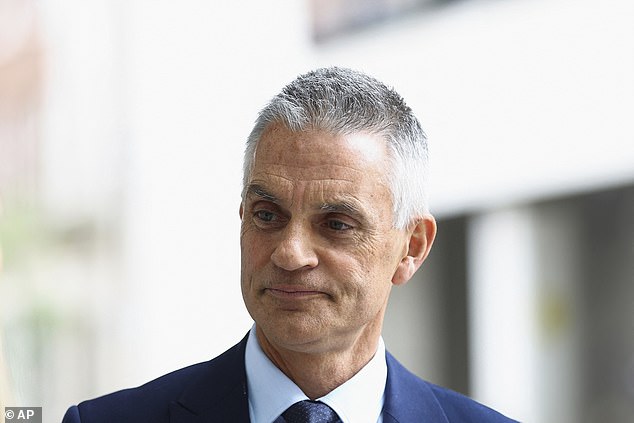 Some will attribute the BBC’s new-found restraint to executive pressure. Last year, its Director-General, Tim Davie (pictured), said he would tackle accusations of bias with an impartiality crackdown

Incidentally, I don’t at all doubt that ITV and Sky News have also provided marvellous, balanced coverage, which in many cases has been quite as good as Auntie’s. But the point is that the BBC is our national broadcaster, funded by the licence payer. Serving the British people is fundamental to its charter.

It is an interesting reflection that the Corporation, one hundred years old this year, shares something vital in common with the monarchy. It is one of our few remaining national institutions.

Devolution has had the effect of fragmenting our national political life. Our Armed Forces are still widely revered but, being much depleted, are much less of a presence throughout the land.

The BBC remains what it has always been — the British Broadcasting Corporation. In recent days it has widened its horizons to embrace the whole country, and reminded us of the unifying role it can play in our national life.

I don’t want to sound weak-headed or sentimental. Tomorrow, or at least next week, Auntie may return to type. But in recent days we have seen the BBC at its best, reflecting the people it is supposed to serve.