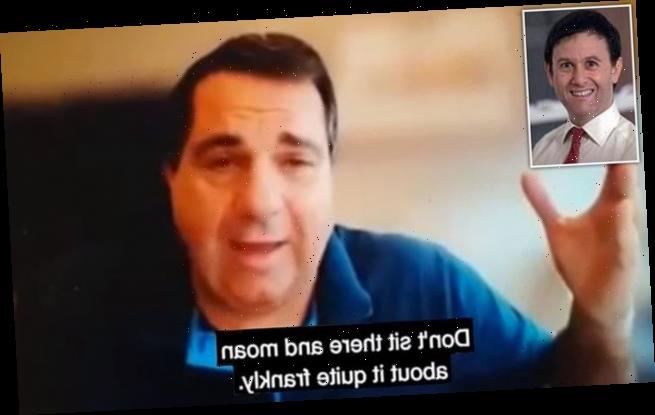 STEPHEN GLOVER: The quiet heroes who put the touchy and self-pitying moaners to shame 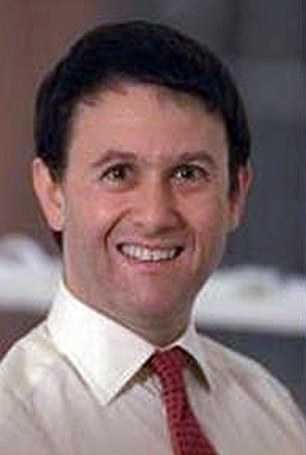 Jeremy Mayhew, member of City of London’s governing body, told staff at the Barbican not to ‘feel too sorry’ for themselves

There’s a widely held belief in the modern world that we have a human right to feel sorry for ourselves, and that particularly during the pandemic we should be allowed to let rip.

So Jeremy Mayhew, a prominent member of the City of London’s governing body, has just committed a cardinal sin. It was to tell staff at the Barbican Arts Centre not to ‘feel too sorry’ for themselves.

He was speaking three weeks ago to members of the arts-centre board in a public meeting broadcast live on YouTube, which has since been available online.

His advice to his audience was that they shouldn’t subside into self-pity as they all still have jobs.

Horror! Pass the smelling salts! Mr Mayhew was chided by several board members after his upsetting remarks. Tom Sleigh, the chairman, wrote to staff following the meeting to apologise for what had been said.

Mr Mayhew is due to step down next month, so he may be allowed to slink away in disgrace without being publicly shamed.

No such indulgence was afforded to Bill Michael, who resigned last week as boss of the accountancy firm KPMG after telling well-paid staff in a Zoom meeting that they were ‘lucky’.

He also advised employees to stop moaning about cuts to their bonuses, and for good measure threw in the unfashionable observation that the notion of unconscious bias is ‘complete and utter c**p’.

My God! Is the man mad? After such straight-talking he was doomed, and quickly stepped down, apologising profusely as is obligatory after any show trial.

A career lies in ruins, though I daresay KPMG will toss a few pennies in his direction as he trudges off into the sunset.

Now it is obvious that neither Mr Mayhew nor Mr Michael attended diplomatic school.

If a man was threatening to throw himself off the 90th floor of a skyscraper, the universal call wouldn’t be ‘Send for Mayhew!’ or ‘We must have Michael!’ Either of them might advise him to jolly well count his blessings.

But allowing for their tendency to speak a little too frankly, it is hard to find much fault in what they said.

Barbican employees are indeed fortunate to have kept their jobs as a result of the Government’s furlough programme, which pays 80 per cent of salaries. 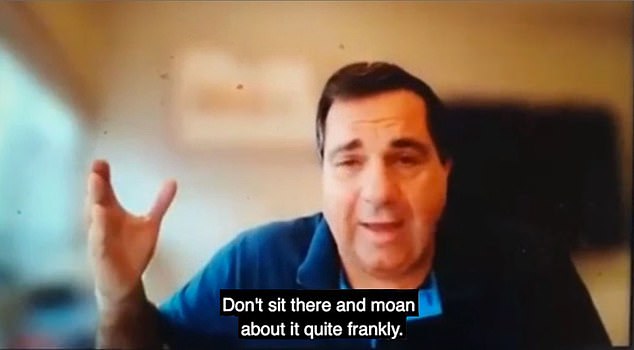 All right — like of all us they are doubtless bored and somewhat claustrophobic. They yearn for a foreign holiday, or even just a trip to the pub. They want to get back to work. They’re thoroughly fed up.

One day, though, the curtain will rise again on theatrical performances at the Barbican Centre, orchestras will strike up once more, and the crowds will flood back to exhibitions. And, if Mr Mayhew is to believed, the staff will all be happily at work again.

As for those KPMG employees so shaken by Mr Michael’s comments, they would seem to have even less cause to wallow in self-pity.

For one thing, they are likely to be extremely well paid. How much I don’t know, though the fact that the firm’s 582 partners pocketed an average of £572,000 last year should give us a clue.

For another thing, most of them have been working from home during the pandemic. Granted, some might be suffering from cabin fever.

But I think they should be grateful they have been able to continue in employment in the comfort and security of their own homes. I certainly am.

Let’s face it: the pandemic has been wearisome for all of us. But for millions of people it has been no more than that — frustrating, tedious, boring, and so repetitive that it is sometimes hard to remember what month it is, let alone which day of the week.

We long for it to end — and I wish Boris Johnson would slip out of the vice-like grip of scientists and get a move on. 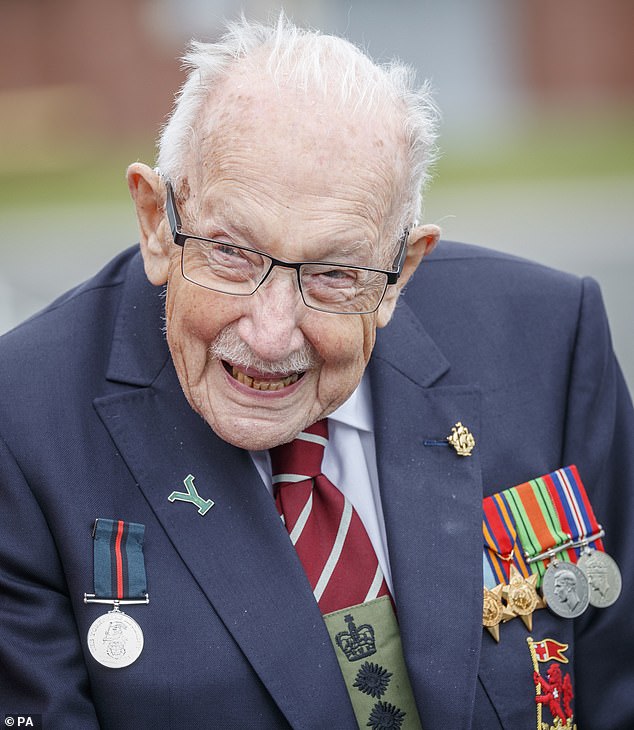 The pandemic has split the public in half. Some just get on without attracting attention with the exception of Captain Sir Tom Moore. Meanwhile, the other half seem to moan and bellyache

With infection and death rates falling quickly, and the prospect of everyone over the age of 50 being vaccinated by April, it would be an act of economic vandalism to keep pubs and restaurants closed until July.

But depressing though the time of Covid undeniably is, the truth is most of us do not have too much cause to grumble. Those who do have reason to complain are very often the last to do so.

I am thinking of the doctors and nurses and care home workers; of infection-prone hospital porters (some of whom, a doctor told my wife yesterday morning, have died in our local hospital); of bus and taxi drivers, policemen and ambulance drivers. Of all those who have bravely put themselves in harm’s way.

And I am also thinking of those who have lost their jobs, or will do so in the coming months, and those whose businesses have gone bust as a result of the economic whirlwind from which fortunate people have been protected.

I am thinking, too, of the volunteers who have come out of retirement to help with the enormously successful vaccination roll-out, and those thousands of others who have generously given their time.

Above all, I am thinking of those whose relatives have died from Covid, and whose lives can never be the same.

I fear their predicament will be forgotten when the Barbican staff are back at work and KPMG employees are enjoying their bumper bonuses again.

The pandemic has divided us into two sorts of people. One lot just gets on with it. They recall the best of the war years, when our parents and grandparents stoically endured privations far greater than those the pandemic (which one trusts will be much shorter) has so far thrown at us.

Because they are modest and silent, these people don’t always get a lot of media coverage, with the exception of a few noble souls such as the late departed Captain Sir Tom Moore (who, unbelievably, was trolled by half-witted scoundrels in his final weeks, though fortunately he never learnt about it).

Then there is another lot, who don’t have too much to complain about — the Barbican crowd and the KPMG crew and others equally pampered and spoilt — and love nothing more than to occupy the limelight with a good old bellyache.

I’m glad there are still bosses brave enough to point out a few realities to these entitled employees.

Neither Jeremy Mayhew nor Bill Michael delivered an old-fashioned b******ing, but they certainly uttered some home truths.

Isn’t this exactly what society’s leaders should be doing? And yet they were quickly disowned by timorous senior colleagues, and Mr Michael lost his job. In their haste to capitulate, these people showed a shameful lack of leadership.

Needless to say, I don’t advocate management by fear. Bawling at anyone is wrong. But on the happily rare occasions in my younger days when my elders and betters let fly at me, I was certainly encouraged to think more carefully about my behaviour.

For the most part, this pandemic has brought out the best in us. There are countless stories to raise the spirits, and innumerable unsung heroes.

For our country’s sake, let’s hope they far outnumber those self-indulgent and touchy folk who are never happier than when feeling sorry for themselves.