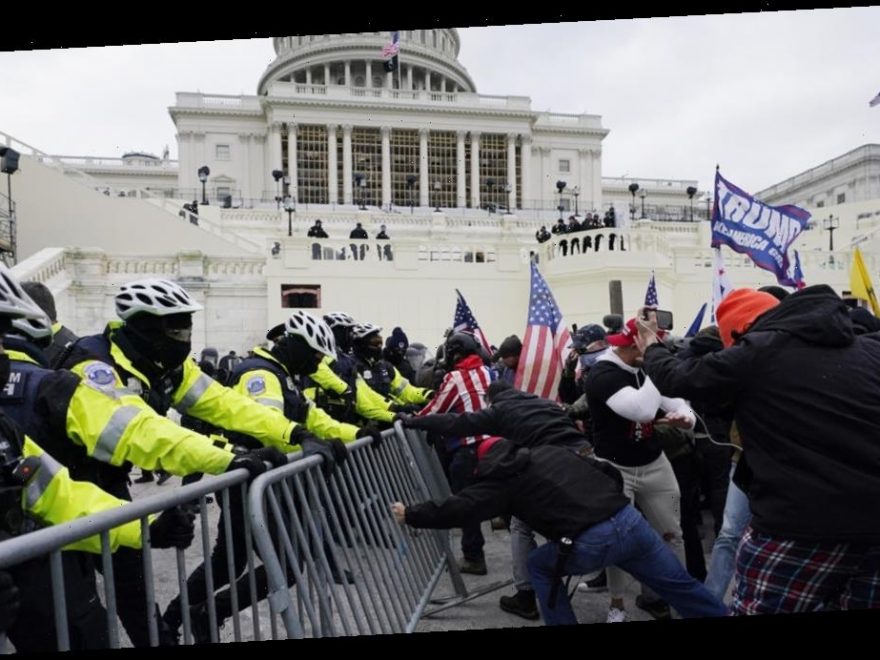 NAACP President Derrick Johnson on Thursday criticized police inaction toward Trump supporters who attacked the U.S. Capitol on Wednesday, saying it showed a double standard when compared to how law enforcement responded to Black Lives Matter protesters this summer. Johnson said police responded to peaceful anti-racism protesters “as if they were criminals” while the pro-Trump mob was able to freely walk out of the Capitol.

“There was much intel of what this group was coming to D.C. to do. They had been talking about it on social media. The president actually was promoting it. The fact that law enforcement agencies, particularly the Capitol Police, was ill-equipped to deal with what their stated purpose was, and it was to disrupt the certification of the election, that’s in stark contrast to the peaceful protests that we’ve seen in D.C. and all across the country,” Johnson said in an interview Thursday with CBSN anchor Tanya Rivero.

The response to Black Lives Matter protesters, he said, “was as if they were criminals, and they were simply carrying out a First Amendment right to protest.”

“It is unfortunate that individuals who are domestic terrorists are able to come to the nation’s capitol and terrorize not only members of Congress but staff and others,” Johnson said of the pro-Trump rioters.

Others, including President-elect Joe Biden and former first lady Michelle Obama, reiterated the sentiment in their own statements and remarks on Thursday.

Mr. Biden said one of his granddaughters sent him a photo last night of heavily-armed law enforcement officers filling the steps of the Lincoln Memorial during the Black Lives Matter protests last summer. Law enforcement did not have the same presence at the Capitol during the pro-Trump riots.

“No one can tell me that if it had been a group of Black Lives Matter protestors yesterday that they wouldn’t have been treated very differently than the mob that stormed the Capitol,” Biden tweeted.

No one can tell me that if it had been a group of Black Lives Matter protestors yesterday that they wouldn’t have been treated very differently than the mob that stormed the Capitol.

We all know that’s true — and it’s unacceptable.

Republican Senator Lindsey Graham asked in a news conference Thursday why law enforcement was not as prepared as it was during the summer protests. The rioters vandalized the building as lawmakers were rushed to safety while they were meeting to count the Electoral College votes.