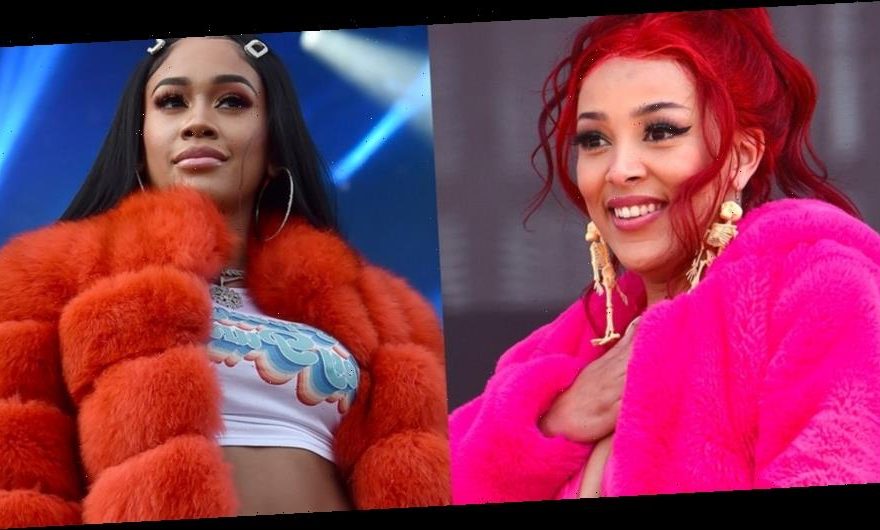 Saweetie and Doja Cat have teamed up for their brand new collab, “Best Friend.”

The single’s accompanying music video features direction from Dave Meyers, and begins with the pair shutting down “another fake woke misogynist” who is disturbing them as they catch a tan. Saweetie and Doja Cat then proceed to lyrically celebrate each other’s success, beauty and independence as they drive around in a bedazzled Tesla and host a sleepover. The two are also seen sporting each other’s looks; Saweetie is dressed in a silver chain outfit similar to Doja Cat’s in her “Del Mar” music video, and Doja Cat is wearing the denim ensemble seen on Saweetie on the cover art of her ICY EP.

“Best Friend” serves as a prelude to Saweetie’s forthcoming debut studio album Pretty Bitch Music, which is set to feature production from the likes of Timbaland, Danja, Lil John, Murda Beatz and more.

In other music news, Jhené Aiko delivered a Chilombo and Souled Out medley from home.
Source: Read Full Article