The Department of Transportation (DOT) announced Wednesday that Spirit Airlines, which is in the middle of merger talks with JetBlue and Frontier, will expand service at Newark Liberty International Airport.

Spirit, the largest budget airline in the United States, will get 16 opportunities, previously held by Southwest Airlines, to land or take off during peak hours at the New Jersey-based airport, beating out JetBlue and Alaska.

The DOT received applications from Spirit and JetBlue Airways for all 16 timings, and from Alaska Airlines for four. However, it was determined that Spirit would improve "competition in the Newark market, which was affected when Southwest Airlines discontinued service there," according to the DOT.

The department also decided that the carrier was "most likely to provide the lowest fares to the most consumers."

However, the move comes amid concerns over the onslaught of airline disruptions that have impacted travelers. As part of the deal, the DOT says Spirit must report "additional data on disruptions facing their airline customers and its ability to provide them with accommodations." 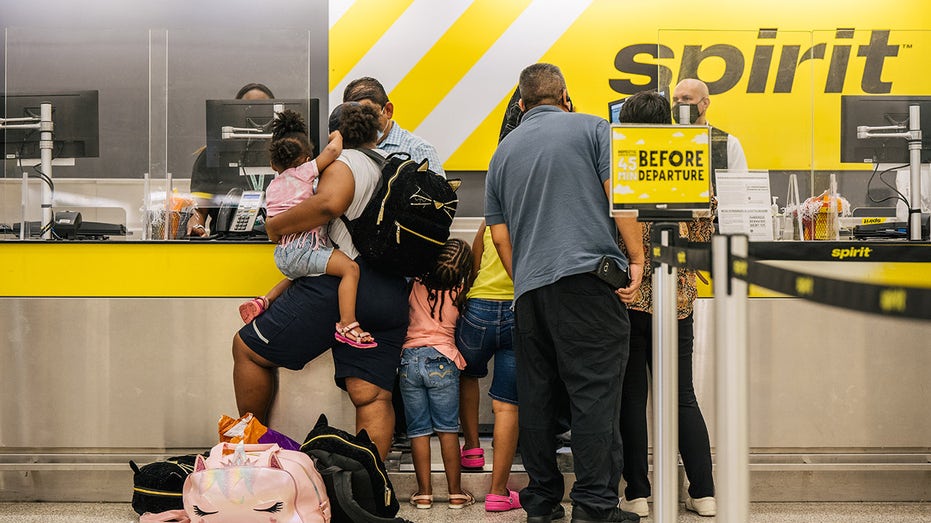 This will allow the department to monitor the airline's "ability to deliver on its customer commitment," according to the department. It will also allow it "to better quantify the financial impact of operational disruptions on travelers," the DOT added.

Meanwhile, the low-cost carrier is still in the midst of merger talks with Frontier and JetBlue Airways about their rival bids to acquire all the outstanding common stock of Spirit Airlines Inc.

Both covet Spirit because of its relatively young fleet of more than 170 planes and its roughly 3,000 pilots – even more valuable during a pilot shortage that could last most of this decade.

However, the outcome could determine how many choices travelers have for the lowest fares. That’s particularly important to leisure customers, the group that Spirit targets.

Spirit delayed its shareholder vote on a merger with Frontier until July 8.