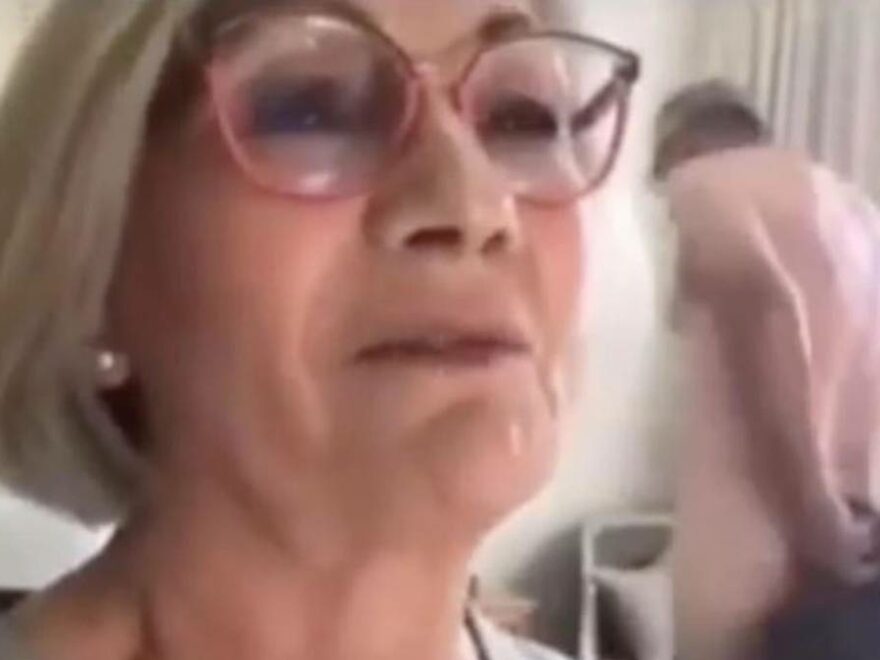 Hilarious footage has surfaced of a video call between Sydney comedian Cam Knight and his mum that takes a rude turn when his dad shows up bare-bottomed in the background.

The Aussie mum and son were having a heartfelt discussion about coronavirus-inflicted travel restrictions when a fleshy behind emerged in the rear of the mum’s video.

Footage from the call was initially uploaded to TikTok, but went viral on Facebook where it was shared last week.

As a towel is dropped from the man’s waist, his son immediately reacts in shock.

“What the f*** dad,” he says through laughter, as his mum giggles and covers her mouth.

“Dad, I can see your arse, what are you doing?” he continues.

His dad moves towards the camera to ask, “How’s it going?”, seemingly having a delayed reaction to the fact he has just bared all to his son.

The dad responded saying he didn’t realise the call was “a visual thing”.

“I thought you were just having a phone call,” he said, with his wife ordering that he “put your pants on”.

The dad ignores the awkwardness and proceeds to ask his son if he needs any money.

“How are you getting on anyway? Do you need any money to get on with?” he asks.

Knight snapped back telling him not to offer him money while his private parts were “practically hanging out”.

“Alright, I won’t send you any then,” the dad joked back.

Knight had a swift change of heart however, jokingly claiming he deserved to be reimbursed.

“Actually I will have some now, I need compensation,” he said.

The video received hundreds of comments and was shared more than 1000 times on Facebook, as well as on Knight’s Instagram.