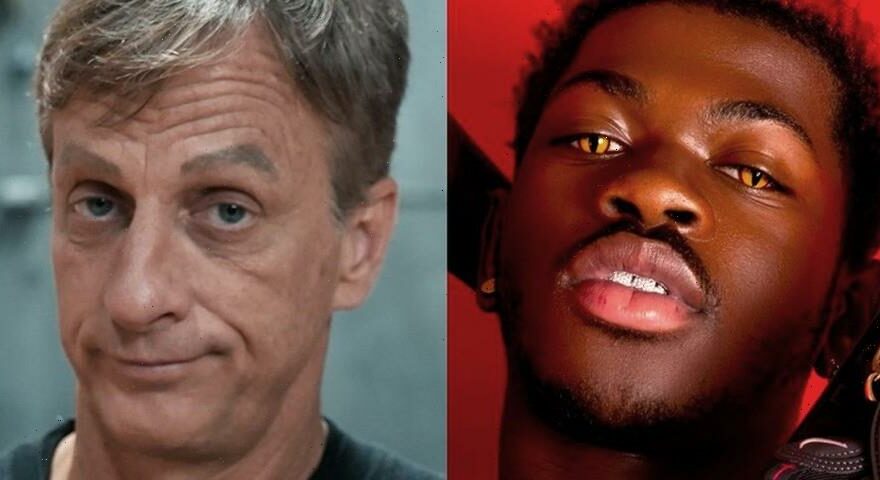 After becoming a viral sensation for becoming the punchline of the “nah he tweakin’” meme, Lil Nas X and Tony Hawk met in person to show off their skating skills.

Lil Nas X posted their link up to TikTok and Instagram earlier this week. The artist can be seen holding up the skate legend’s limited Liquid Death Mountain Water skateboard and appear to take turns riding it in the clip. The post which reads, “nah WE tweakin,” begins with Nas X announcing to his fans that he is planning on learning some skate tricks from Hawk. Later in the video, Hawk takes over and does the tricks for him. The video ends with Lil Nas telling fans “that’s how you skateboard” and Hawk in the background yelling, “tweakin” as he skates away in the background.

Hawk and Lil Nas X were last in contact when the former revealed that he was planning on selling a skateboard that featured deck paint with his blood mixed into it. Nas X, of course, spoke out as in recent months, he was under fire for selling blood-infused “Satan Shoes.” He took to Twitter to express his opinion, “Now that tony hawk has released skateboards with his blood painted on them, and there was no public outrage, are y’all ready to admit y’all were never actually upset over the blood in the shoes? and maybe u were mad for some other reason?”

Take a look at the meet-up below.

In case you missed it, the new Shang-Chi featurette explores Asian representation in the MCU.
Source: Read Full Article