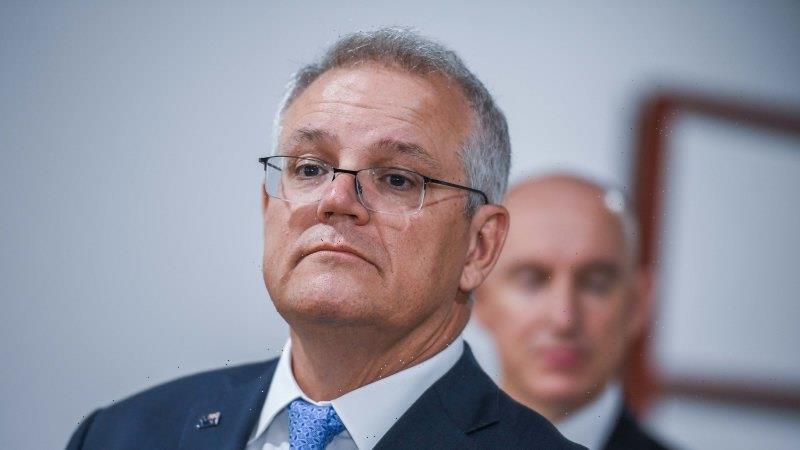 The second president of the United States, John Adams, gets a bad rap in the hit musical Hamilton but is known for some sharp observations about the need for vigilance when politicians gain too much power.

“There is danger from all men,” he wrote in 1772. “The only maxim of a free government ought to be to trust no man living with power to endanger the public liberty.” 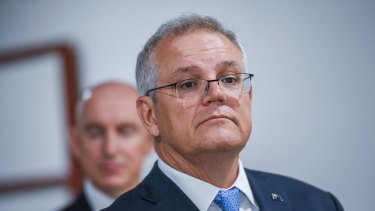 The emergency declaration went through the national security committee and had the approval of Prime Minister Scott Morrison.Credit:Joe Armao

Whatever his faults – and there were many, in life as well as in Lin-Manuel Miranda’s musical – Adams was right about the risk of unchecked power, and Australians do not need to look far to see the danger.

Health Minister Greg Hunt wielded that sort of power with the stroke of a pen at around midnight last Friday night when he issued an emergency determination to stop Australian citizens coming into their own country if they had been in India in the previous two weeks.

Hunt did not act alone. The ban had gone to the national security committee of federal cabinet so there was a chance for other ministers, such as Treasurer Josh Frydenberg and Home Affairs Minister Karen Andrews, to have their say on the idea. And it came with the approval of Prime Minister Scott Morrison.

Only later did Morrison and his ministers wake up to the consequences of their extreme measure. They happily assumed they could be trusted with the power to endanger public liberty – to lock up their own people when they sought safety at home from a global plague. But they were wrong.

The pandemic has concentrated power among political leaders who must take drastic action quickly to protect health. Australians accept this. In fact, polls suggest voters are backing Morrison and the Coalition. Asked which party was best to manage the COVID-19 situation, 42 per cent named the Coalition and 20 per cent named Labor in the Resolve Political Monitor in this newspaper last month.

So Morrison and those around him are confident they have a majority of voters behind them on banning travellers. They are probably right. Voters have rewarded state premiers for slamming their borders shut. Morrison used to complain about Labor premiers like Mark McGowan and Annastacia Palaszczuk for doing this. Now he just copies them.

But the Indian ban is not as popular as it first looked. Labor MPs like Ed Husic warned last week against severe restrictions on Australians coming from India. Then the Indian community responded with fury to the decision last weekend. Then some of the government’s own backbenchers caught up and pushed back. Why? Because they could feel the anger in their communities.

A lot of that anger is about the way this was done. It was plain dumb to issue an emergency determination at midnight. It was daft to do so without any warning to the people being targeted, yet community leaders say they got no hint of the sanctions in an online meeting with Foreign Minister Marise Payne earlier on Friday.

This is what happens when politicians give themselves unchecked power: they eventually use it in the dead of night. The sanctions in the Biosecurity Act date back to 2015, including the ultimate penalties of $66,600 in fines and five years in jail, but the move to invoke them in the pandemic was made on March 18 last year in an emergency declaration from Governor-General David Hurley, at Hunt’s request.

Parliament has never reviewed that declaration. Worse, it cannot strike it down in the way it can with most regulations, which are usually disallowable instruments and subject to votes in either chamber. To compound the problem, last Friday’s move cannot be disallowed by the Parliament, either.

Morrison’s response to the backlash was to search for someone to blame. When radio station 3AW host Neil Mitchell pointed out on Thursday that it was a mistake to emphasise the punishment, Morrison denied doing so: “Well, we didn’t. The media did.” He said the government did not “accentuate” the penalties.

Wrong. The jail terms were in the fourth paragraph of Hunt’s statement.

That response, blaming the media, suggests Morrison is learning all the wrong lessons. His message this week was that Australians could trust his government with this far-reaching power because it would never be used. The real lesson is that the government needs to wield its power with more care.

Governments will always find it easier to punish than to help, so the severe sanctions on travellers from India have highlighted the vacuum in Morrison’s border policy: his inability to create a bigger quarantine facility, faster, to assist Australians coming home.

(This includes Australians who chose to leave the country during the pandemic to go to India or elsewhere: they were overseas after the government approved their travel.)

The Howard Springs camp near Darwin is the key to bringing more people home, thanks in part to decisions by state leaders to cap arrivals in hotel quarantine. The camp is forecast to reach a capacity of 2,000 at the start of June.

It has been at least six months since the government talked about expanding Howard Springs. The camp was named in the quarantine review by former public servant Jane Halton as an ideal “reserve” location for 3,000 people. National cabinet backed her recommendation on October 23.

By January, however, the camp was stuck at only 850 places. The cyclone season delayed some of the expansion and the government did not aim for the full 3,000. One reason, say some, is that the Northern Territory government and the Department of Defence wanted some of the capacity for other uses.

So the “reserve capacity” never reached the number Halton cited six months ago. More than a year into the pandemic, Australia still lacks enough of the places needed in a federal location to complement the hotel quarantine systems in the states. And threatening jail terms at midnight is no answer.

Our Morning Edition newsletter is a curated guide to the most important and interesting stories, analysis and insights. Get it delivered to your inbox.