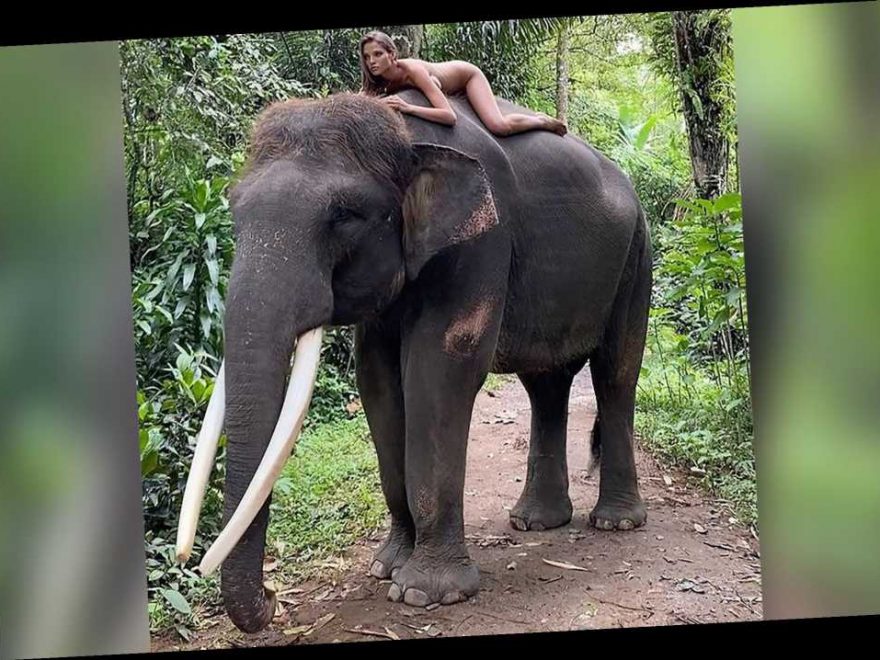 A Russian Instagram influencer was forced to apologize after posing naked on top of an endangered elephant in Bali.

Alesya Kafelnikova, 22, faced fierce backlash for posting a video from the photoshoot last week that showed her lying naked on top of a Sumatran elephant, according to The Sun.

The since-deleted clip was captioned “natural vibes,” the report said.

She later shared a picture with her 555,000 followers of herself in front of the animal, with the caption “to love nature is human nature.”

The posts sparked outrage from some of her followers and from advocates working to save the critically endangered creatures.

“Yet another tragic trivialization of the majestic Asian elephant when the species is fighting for its very existence against brutal abuse in tourism and human ‘entertainment,’” the organization Save the Asian Elephants said in a statement.

The group also took to Twitter to slam the shoot as a “crude stunt to exploit and humiliate Asian elephants for commercial gain.”

A representative for the Bali Tourism Board told The Sun that the photoshoot “surely does not meet the norms that we are promoting as part of tourism in Bali.”

Kafelnikova, the daughter of Russian tennis star Yevgeny Kafelnikov, later issued an apology, saying she never meant to offend anyone and that she loves elephants.

“It is a pity that people see this as vulgarity, and not as a beauty and love for nature,” she wrote on Instagram.

“My intention with these pictures was to show you that I love and respect animals and especially elephants more than anything.”

The influencer added that the shoot was “private” and “didn’t have a purpose to hurt the feelings of local people at all.”

“We love Balinese culture and respect Indonesian rules,” she wrote. “Please sorry if you see something else in this.”