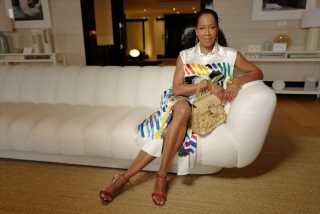 Regina King has nerves of steel. When just 24 hours before the Oscars director Steven Soderbergh told her she would not only open the show, but do so by having the camera follow her from the entrance into the auditorium with a walk “as long as a country mile,” she took it in stride. And in a pair of Stuart Weitzmans.

“I was like, wow, that’s a lot of pressure,” she said, speaking at the Kering Women in Motion series in Cannes. “Then when I got there he sent me an email with a note that said, ‘I hope you have good shoes.’”

During her speech on stage, King referenced the verdict of Derek Chauvin, who was convicted of the murder of George Floyd just days before the ceremony. “If things had gone differently this past week in Minneapolis, I may have traded in my heels for marching boots,” she said, adding that the audience wants to be entertained and often doesn’t want to hear what actors have to say.

In a time of heightened celebrity activism, can – and should – they do both? “As human beings, we are capable of doing several different things. I think it’s unfortunate that sometimes celebrities are put in positions where they feel like they’re forced to have to be activists, and I feel like it’s unfortunate that celebrities are put in positions when they’re judged when they’re choosing to be activated or to do something about a particular cause or use their platform,” she said, speaking to WWD in a suite overlooking the sea.

All the Looks at the 2021 Cannes Film Festival

The question was one of the central themes of “One Night in Miami,” her Oscar-nominated directorial debut. “I think it’s a battle that we always find ourselves, especially as Black artists.”

The Oscars ceremony’s ending award, widely tipped for the best supporting actor trophy to go to the late Chadwick Boseman instead of Sir Anthony Hopkins, was a disappointment to many. But King puts the so-called “snub” in perspective. “I think all of us have times of being disappointed when you don’t hear a name announced. Some people will argue, I’m sure, that Chadwick may have only been nominated because it was a posthumous nomination. You’re gonna have people that say all of those things. It was just one of those things where no one wins. And at the end of the day we don’t miss Chadwick any more or less, you know, there’s a big gaping hole without him here.”

With a career spanning 30-plus years, King has walked many a red carpet. Reluctantly she admitted there was a time that she had trouble finding designers to dress her, when even just a few years back houses would only provide sample sizes and seek to dress a specific demographic. But her partnership with styling duo Wayman + Micah opened up new options and allowed her to take more risks.

“I was never into fashion so much with those other stylists. Wayman and Micah also made it really fun, so then I became more interested just because of their approach. It’s nice to be able to have that feeling of not making it a chore,” she said.

The duo has also helped build a relationship with Daniel Roseberry, the Texan who took over the house of Schiaparelli in 2019. She arrived in Cannes fresh from visiting the atelier in Paris for the first time. She sits in a colorful shirt dress and a chunky goat head bracelet, a subtle nod to her star sign of Capricorn.

“It’s just super exciting to me that Daniel, this young guy from America, from Texas, really seems to be channeling all of the things that Elsa [Schiaparelli] felt were so important to express about individualism, and he’s embraced that. I feel like Daniel is doing her [Schiaparelli] proud,” she said of the 33-year-old from Dallas.

King stunned on the Emmy’s virtual red carpet back in October in a cobalt blue cloud burst of a dress from the house, and collaborated again to create her amfAR gown in Cannes. 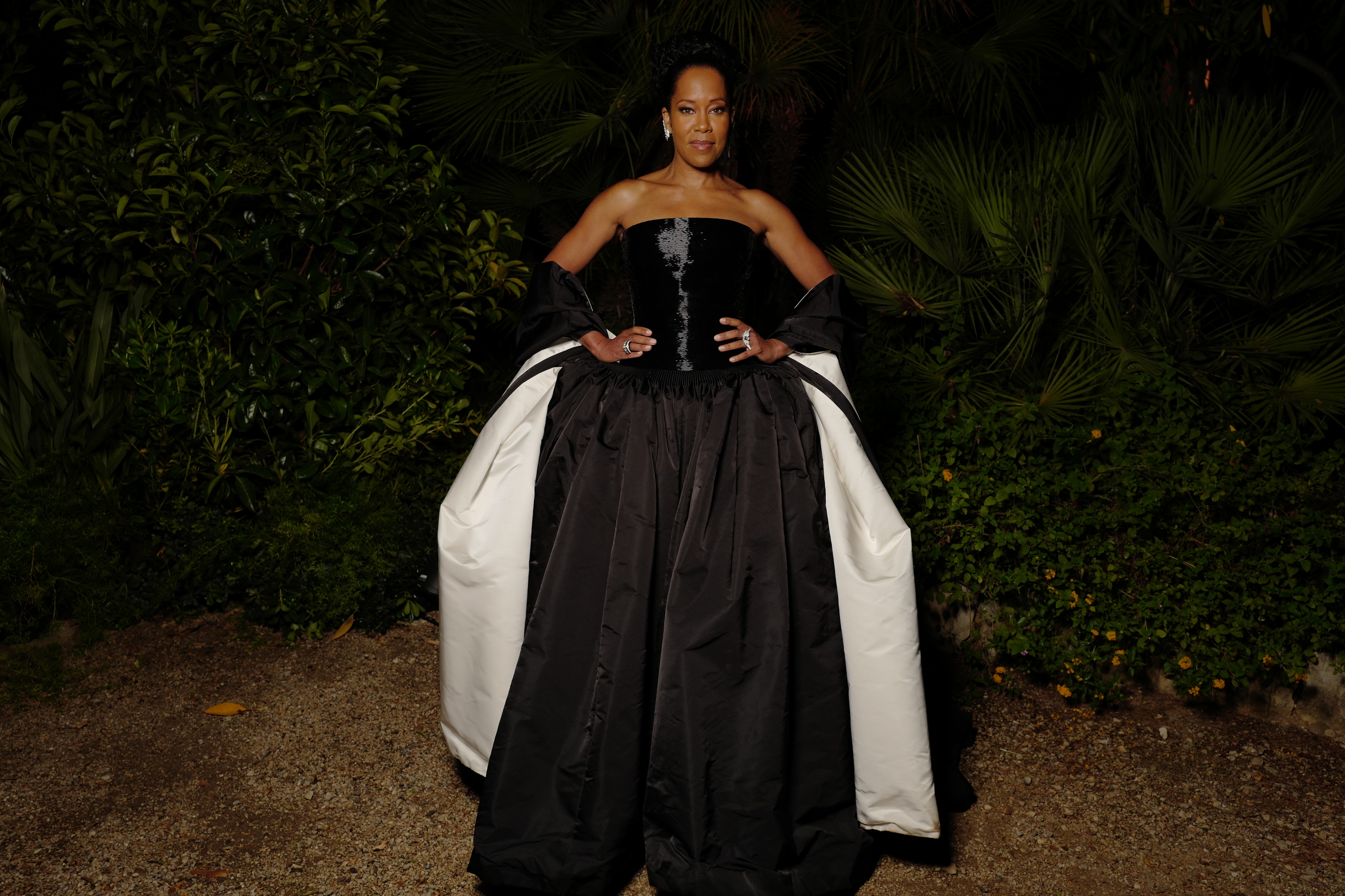 Though this year’s Emmy nominations were a bit of a disappointment with the number of women directors down, she said change is happening. “We do have a ways to go. But part of it is going to be that even though the audience doesn’t want to hear it, the conversations have to continue. We have to keep shining the light on the fact that things aren’t reflective of what the rest of the world looks like.” Young girls, she added, have an innate “moxie.” “I feel very proud to be part of a generation that I think kind of helped shift things.”

Her next project is to direct an adaptation of the comic book “Bitter Root,” in which a family of monster hunters must save humanity during the 1920s Harlem Renaissance. Ryan Coogler is producing and brought her on board. “You want to go where you’re supported, you want to be where you’re celebrated, not tolerated,” she said of working with the “Black Panther” director.

As for starting her directing career late in life in an industry that is notoriously ageist, racist and sexist – the triple threat of bias – she said she doesn’t approach it as breaking down barriers. “I’m sure a lot of people hear that and go, of course, everything’s a fight. Obviously, there are things that are important to me and things that I won’t tolerate,” she said about working in Hollywood. “But I don’t wake up every morning and fight. I would say that I wake up every morning with purpose. Every day brings on either a new discovery, or a new way to approach old discoveries, or a way to create a space for doing things differently.”