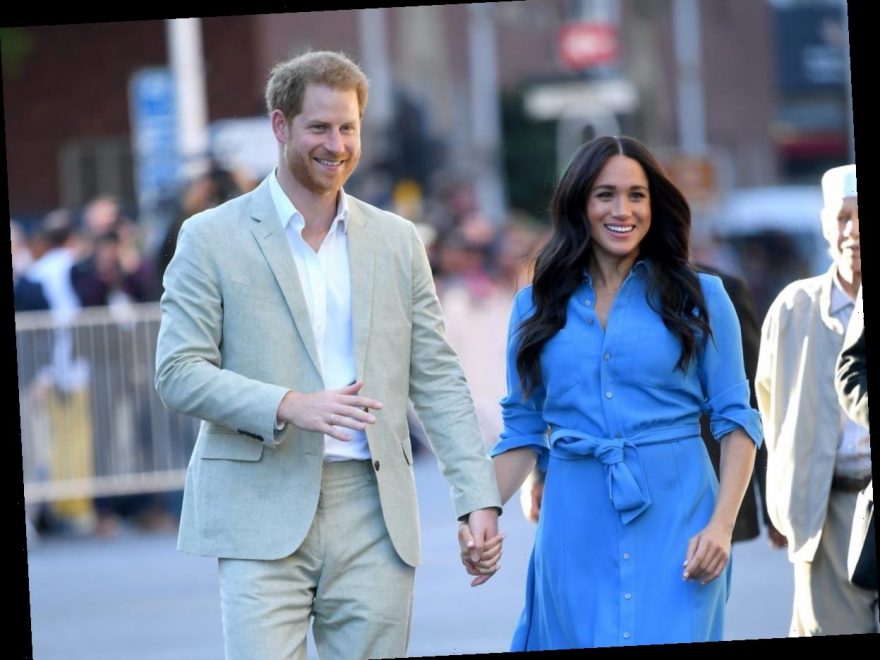 Meghan, Duchess of Sussex and Prince Harry, Duke of Sussex are preparing for an interview with their neighbor and friend, Oprah Winfrey. The CBS primetime exclusive is set to air on March 7, 2021. In honor of the forthcoming interview, take a look at some of the couple’s most memorable on-camera moments.

Meghan and Harry announced their engagement on Nov. 27, 2017. They marked the news with a photo shoot and their first formal interview. The couple told BBC how they met — through an unnamed mutual friend — and offered up details on the early days of their relationship all the way to the proposal. They also talked about Meghan’s first meeting with Queen Elizabeth II — it wasn’t planned — and their royal wedding.

Harry and Meghan’s Africa interview is definitely one of their most memorable. Both spoke with Harry’s friend, journalist Tom Bradby, for the 2019 ITV documentary, Harry & Meghan: An African Journey. Meghan admitted the intense, and often racist, media scrutiny got to her. She famously thanked Bradby for asking if she was OK because few people had asked her.

Meghan’s remarks resonated with people around the world. In October 2020, the Duchess of Sussex reflected on her comments during a guest spot on the podcast, Teenage Therapy. She said she’d been exhausted from the tour and being a new mom to her and Harry’s son, Archie Harrison Mountbatten-Windsor.

“I didn’t think about that answer,” she said. “I just answered honestly because I was in a moment of vulnerability because I was tired. Because there was no presentation it was just, ‘Here’s where I am. I’m a mom who’s with a four-and-a-half-month-old baby and we are tired.”’

During the same ITV interview in Africa, Harry opened up about Prince William, Duke of Cambridge, and the rumored rift between them. “As brothers, you have good days and you have bad days,” Harry told Bradby.

Another memorable moment from the same Africa interview was when Harry revealed the intense scrutiny Meghan experienced reminded him of Princess Diana, his late mother. He said to this day whenever he hears the click of a camera he’s brought right back to his childhood.