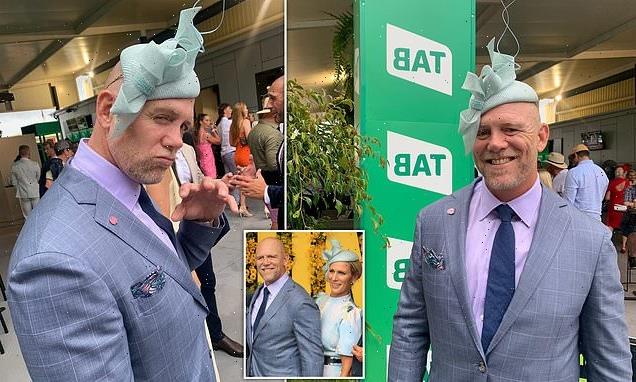 He’s at it again! Playful Mike Tindall dons Zara’s fascinator as he shares behind-the-scenes snaps from Australia trip – after revealing he has interviewed his wife for YouTube series

Mike Tindall donned his wife Zara’s fascinator in a playful moment captured in  behind-the-scenes snaps from their Australia trip.

The former rugby union player, who is married to Zara, Princess Anne’s daughter, was pictured wearing his partner’s light green hat while posing on the Gold Coast, Queensland.

The picture, which was captioned ‘Just for all the fascinator fans out there @magicmillions @magicmillionspolo’, has garnered hundreds of comments almost 50,000 likes. 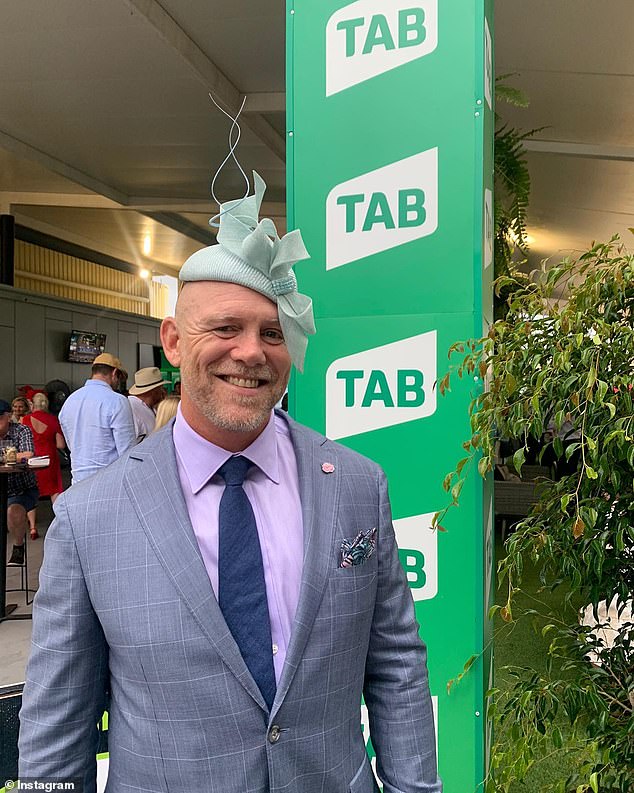 One commentator wrote: ‘[I] was waiting for a fascinator picture!!’

A second added: ‘You rock! Do a calendar with Zara’s hats for charity!’ While a third wrote ‘It’s been too long since we had Tindall in a fascinator!’

And a fourth put: ‘Just wanted to let you know that I’d be pretty disappointed if this series ever stopped, please keep it going.’

It follows a series of posts Mike uploaded during the late Queen’s platinum Jubilee celebrations in 2022 of him playfully trying on Zara’s fascinators. 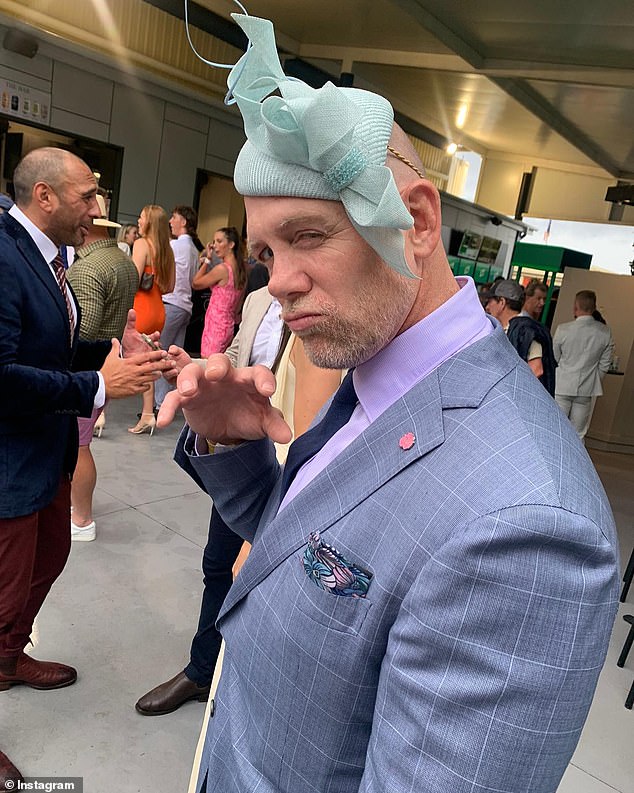 The picture, which was captioned ‘Just for all the fascinator fans out there @magicmillions @magicmillionspolo’, has garnered hundreds of comments almost 50,000 likes 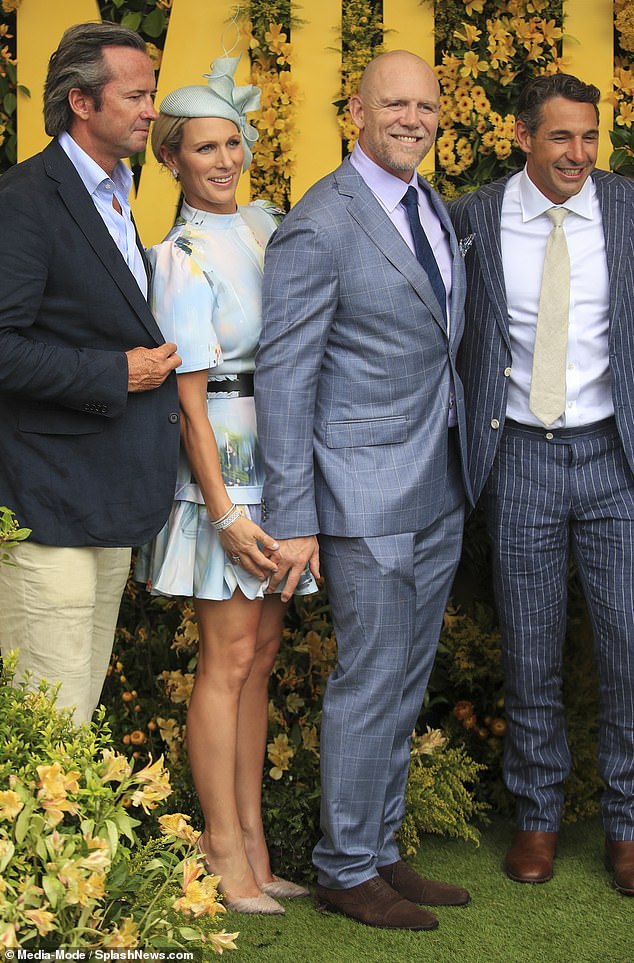 The former rugby union player, who is married to Zara, Princess Anne’s daughter, was pictured wearing his partner’s light green hat while posing on the Gold Coast, Queensland

The 43-year-old posted a number of snaps of his celebrations marking Her Majesty’s 70 years on the throne.

He shared a snapshot of his wife alongside her cousin Princess Eugenie on his social media, playfully writing: ‘When you combine your favourite Starbursts!! Two world class ladies!! #starburst #platinumjubilee.’

He also posted two similar photos as he posed in his wife’s fascinator.

And following Trooping the Colour , Mike shared a photo in Zara’s red headpiece which perfectly matched his tie.  He wrote: ‘Personal fave of mine! I definitely need to wear more hats.’ 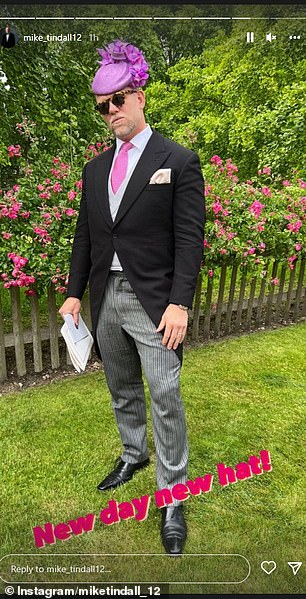 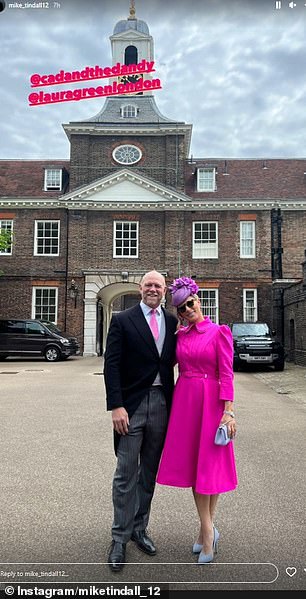 The former rugby ace shared a number of snaps posing in his wife’s fascinator today (left), as well as a snap of the couple posing ahead of the service today (right) 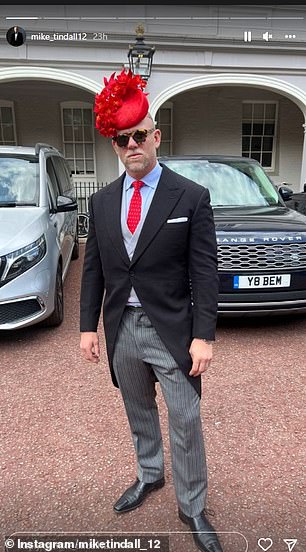 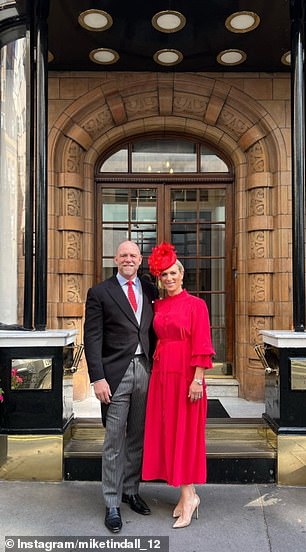 Mike’s posts today come after he posed in his wife’s red fascinator ahead of Trooping the Colour yesterday (left). He also shared a snap of the couple posing together (right)

Over the weekend, Mike announced that he has filmed a new YouTube series called ‘Mike Drop’ in collaboration with the Magic Millions horse-racing event in Australia.

As well as interviewing the events’ creators Gerry Harvey and Katie Page, the I’m a Celebrity… Get Me Out of Here star has included his wife Zara in the series.

Sharing a sneak peek from their interview, which will be released in full next Tuesday, Mike is captured on camera lovingly gazing at his partner before greeting her as ‘my love’. 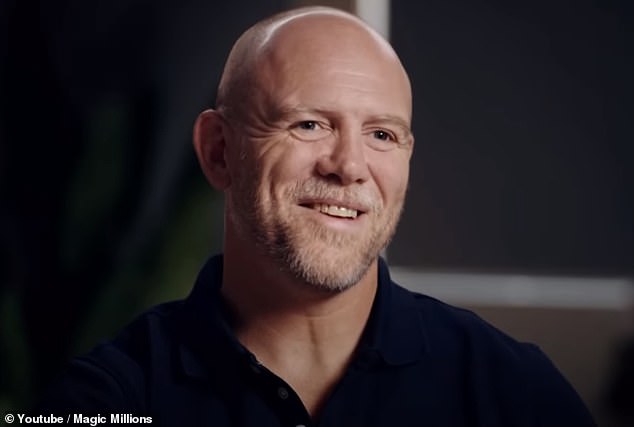 Mike Tindall, 44, has filmed a new YouTube series in collaboration with the Australian racehorsing event Magic Millions. He is seen lovingly calling his wife ‘my love’

Shooting Mike a winning smile, Zara then repeats the sweet nickname right back to him.

As well as referring to each other by their initials ‘H’ and ‘M’, Prince Harry and Meghan Markle have often been heard calling one another ‘my love’ in public.

At the beginning of the video, Mike poked fun at the Royal Family’s fanfare by including a trumpet herald wearing regal uniform on an Australian beach – just days after Prince Harry filmed a similar skit mocking the royal’s pomp and fancy during his appearance on the The Late Show with Stephen Colbert. 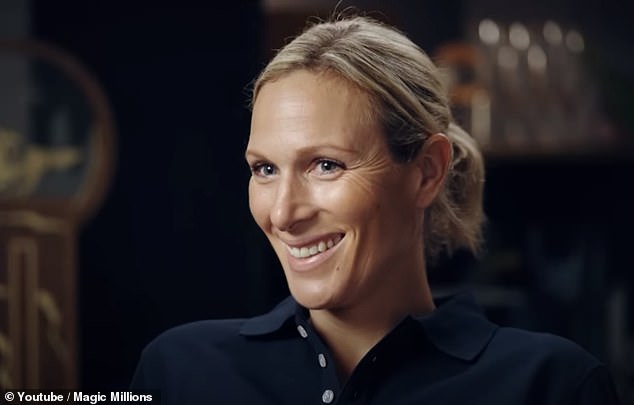 Zara Tindall, 41, lovingly repeats the nickname right back to him in a clip from their new interview together 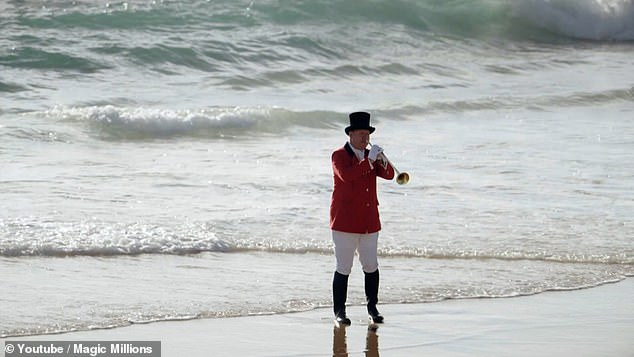 Before kicking off their chat, Mike then playfully straightens out his interview notes and says: ‘Welcome to my world!’

She is an accomplished equestrian and Olympian and despite being a granddaughter of the monarch and cousin of a future king, Zara has kept a relatively low public profile and often spends her weekends at sporting events.

She and Mike have no official duties but are regulars at royal family events, such as church services and important milestones such as the Jubilee.