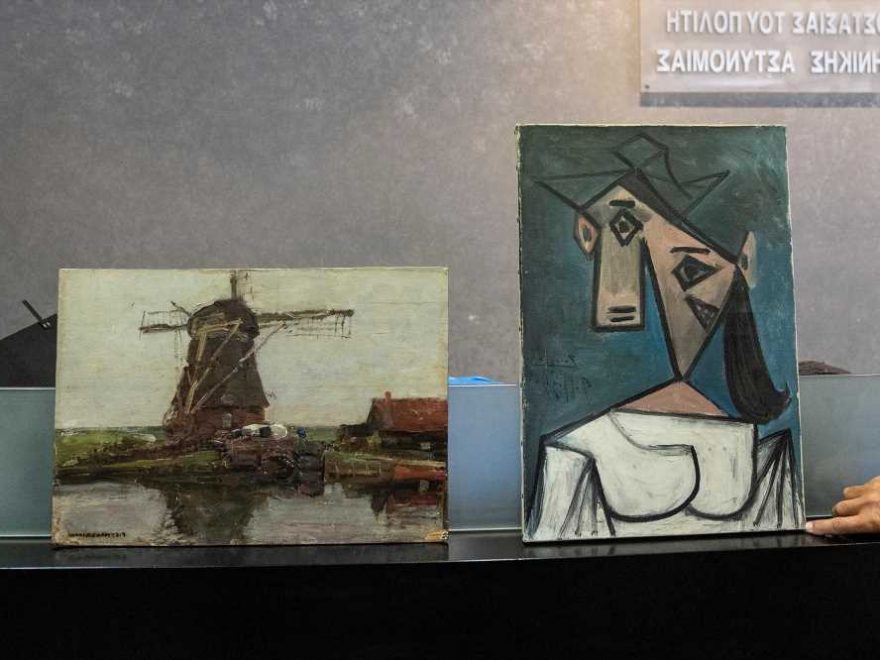 NYC in the ’80s changed music — and launched Madonna, Run-DMC and more

A 49-year-old Greek man has confessed to the theft of artwork by Pablo Picasso and Piet Mondrian from Athens’ National Gallery in 2012.

Authorities arrested the man on Monday after he led police to a site in a forested area outside of Athens, where the artwork had been securely wrapped and buried in the riverbed of a gorge, the Citizens’ Protection Ministry said on Tuesday, Reuters reported.

The cache included Picasso’s 1939 portrait “Head of a Woman,” and Mondrian’s 1905 painting, “Landscape with a Mill,” a rare representational work from the Dutch cubist painter.

A pen-and-ink sketch by Renaissance artist Guglielmo Caccia was originally included in the haul but discarded after being damaged shortly after the heist took place.

The suspect, a construction worker, according to the Independent, acted alone in the early morning hours on Jan. 9, 2012 when he mislead guards by tripping multiple alarms before ultimately breaking and removing the works. The clever culprit was already taking off by the time a guard spotted the thief, Reuters explained.

A fourth painting, Mondrian’s “Landscape with a Farm,” was initially taken as well, but quickly dropped as the robber made his getaway.

At a news conference on Tuesday, Citizens’ Protection Minister Michalis Chrisochoidis confirmed that the works would return to the National Gallery for exhibition.

Culture minister Lina Mendoni also explained why the return of “Head of a Woman” was poignant for the people of Greece, who had received the painting as a donation from the painter himself — a token of appreciation for their resistance to fascism during World War II.

The back of the artwork bore the inscription: “For the Greek people, a tribute from Picasso.”

Said Mendoni, “That is the reason why it was impossible for the painting not only to be sold, but also to be exhibited anywhere.”