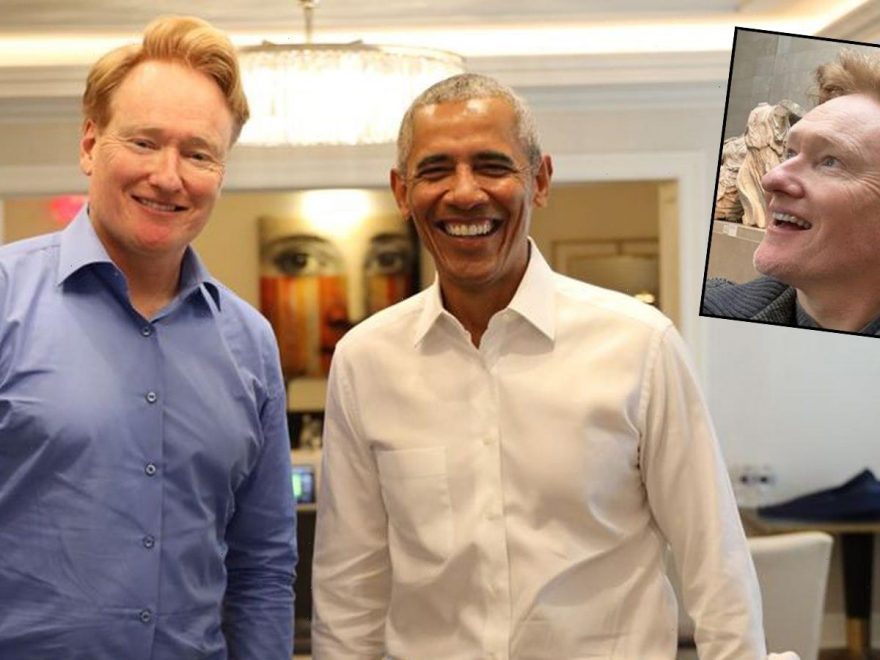 Fans began being on the lookout for some news on the host when O’Brien went on a hiatus suddenly. However, there was news about him buying and selling real estate in New York. O’Brien has been one of the most influential stars in the entertainment industry while also being a famous producer and comedian.

Born in Brooklyn, Massachusetts, in 1963, Conan O’Brien was an outgoing kid in school. He worked as the managing editor of his school magazine called the ‘Sagamore.’ He was an erudite student at Brookline High School who later interned with Congressman Robert Drinan. As a child, he composed a short story called ‘To Bury The Living’ and won the National Council Of Teachers Of English writing contest.

After graduating from Brookline High School as a valedictorian, O’Brien got selected to study at the prestigious Harvard University and graduated with a Bachelor’s degree in History and English Literature. Conan’s writing skills came from his training as the editor of the school magazine, being part of different writing contests, and being an author for the Lampoon humor magazine at Harvard. He even became the president of the Lampoon magazine when he was in his sophomore year at Harvard.

When it came to making a career in the entertainment industry, Conan wasted no time getting started. After his college graduation, he moved to LA and landed a job in the writing team of HBO’s show titled ‘Not Necessarily the News.’ As a part-time occupation, he also worked with the Groundlings.

In 1988, Conan joined Saturday Night Live as one of the writers, which lasted for almost three years. When it came to writing, Conan proved his genius as he had in his previous years. After working for SNL, he and the rest of the writing team bagged an Emmy for ‘Outstanding Writing In A Comedy Or Variety Series.’

Sometimes, Conan O’Brien appeared as an extra in the SNL sketches. For example, in a sketch written for TomHanks, he appeared as a doorman. Conan became a known face on SNL through such gigs, but O’Brien’s ambitions were way higher for his television career. His next career upgrade was when he collaborated with Robert Smigel to write the television pilot for ‘Lookwell’ – starring Adam West. The show was not very successful and got rejected by the network after its pilot, following which Conan quit Saturday Night Live in 1991.

Conan’s Time With The NBC

The next big opportunity came for O’Brien as a writing job for the animation series – The Simpsons. For two whole years, from 1991 to 1993, Conan wrote and produced the sitcom. Meanwhile, he was contacted by the executive producer of the Late Night Show, Lorne Michaels, for hosting the show post the retirement of the former host David Letterman. He was selected for the role in 1993 while he was still in contract with Fox to write The Simpsons. As a result, NBC and O’Brien split the cost and got out of the contract.

Conan’s career with NBC’s Late Night Show did not start with a bang. Things were rather tight in the beginning. Critics and fans poorly received his performance as the host, and there were times when the interns on the show had to fill the empty seats. However, in a short span, his stars changed, and Conan grew popular among the audience, and the Late Night Show began gathering its momentum once again.

Moving To The Tonight Show

Once again, Conan, with the rest of the Late Night Show’s writing team, received an honorary Emmy for being the ‘Best Writing In A Comedy Or Variety Series.’ In 2005, The Late Night Show With Conan O’Brien attracted an average of 2.5 million viewers. Despite which O’Brien gave it up to grab the opportunity to host The Tonight Show.

John Leno previously hosted the Tonight Show until NBC decided to move Leno to a different slot and gave O’Brien the right slot. Once again, things were not very smooth at the beginning of this transition. Later NBC put Leno back from his prime-time slot to the night slot because of the show’s less viewership. Conan negotiated a settlement with NBC, giving him a pay stub of $32.5 million. It is speculated that his yearly salary was somewhere between a grand $12 million to $15 million.

His Journey As A Producer

In 2011, O’Brien announced his new show called Conan to be aired on cable TV station TBS. He made around $12 million every year for 11 years. In this time, Conan also established his own production house called ‘Conaco’ through which he has produced shows like Andy Barker, PI, and Outlaw.

He is also the founder and owner of the production company ‘TeamCoco.’ The company collaborated with Earwolf in 2018 to launch the weekly podcast called Conan O’Brien Needs A Friend. It has received honorary awards such as the ‘iHeartRadio Podcast Award For Best Comedy Podcast’ and ‘Best Ad Read.’

Coco took a sad but heartfelt farewell from the late-night TV shows in 2021 after 11 successful seasons of Conan. With a jaw-dropping net worth of $150 million, he advises people to chase the things that make them happy and to do it in the company of their loved ones.