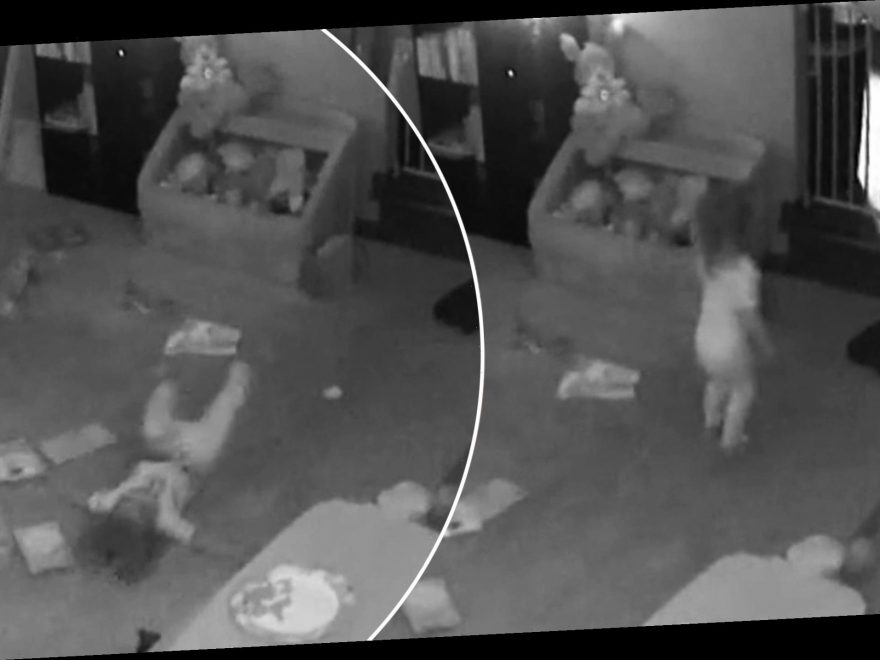 A video of a North Carolina baby “being pushed by a ghost” is being debunked by experts, who claim the so-called supernatural encounter is nothing more than digital trickery.

The 5-second sped-up clip, posted to social media last month by Fort Bragg’s Shelby Patterson, shows a toddler ambling — suspiciously swiftly — across a room as her mom watches from the couch. All of a sudden, the tot topples backward onto their bottom, supposedly shoved by a spectral entity.

“To me, it looks like the toddler just fell,” legendary British-American skeptic and science writer Mick West told The Post in an interview. “When someone is pushed the initial movement is quite rapid and leads to twisting or bending of the body at the waist.”

“There is no sudden movement here. Instead, the initial movement is slow, with no reaction. The toddler simply falls over backward by itself,” said the former video game programmer, whose website Metabunk investigates and disproves conspiracy theories from chemtrails to UFOs. “Judging by the earlier stumble it seems like walking is a new thing, and so it has not yet learned how to deal with losing balance very well.”

West concluded that the supernatural smackdown was likely “just an odd-looking fall in the dark.”

The Post’s resident video expert Steven Greenstreet seconded his sentiment, claiming that it looked as if the tyke had “stepped on something, maybe a block.”

“[The] kid’s feet more or less stay in the same place during the fall,” said the ghost-video buster, who made a chilling discovery while exploring one of the US’ most haunted prisons. “If she was pushed, her feet and legs would’ve moved back.”

As for the accelerated speed of the video, Greenstreet said that it’s caused by a “lower frame rate” while the “blurs in the motion are due to a wide shutter speed.”

“It looks like the kid falls faster than they did,” Greenstreet added.

His closing argument: “A ghost couldn’t have pushed this toddler because ghosts aren’t real.”

Patterson has yet to respond to The Post’s request for comment.

Either way, the “occult encounter” certainly doesn’t hold a candle to a recent spine-tingling incident in which two adventurers stumbled upon a ghostly figure in an abandoned United Kingdom nursing home.