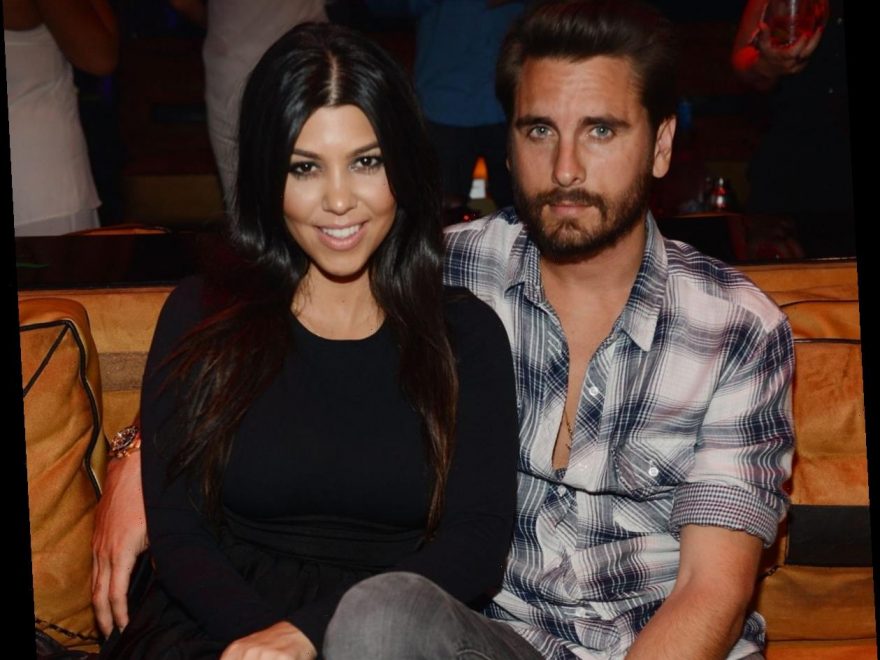 Even though they are broken up, Scott Disick still sees a future with Kourtney Kardashian. In a new clip from the final season of Keeping Up with the Kardashians, Disick opens up to Kardashian about how he pictures their relationships evolving, sharing the two possible outcomes he sees for their future together.

In a new clip from the season 20 premiere of KUWTK, Disick confides in Kardashian about his relationship with his now ex-girlfriend Sofia Richie.

While sitting down with the mother of his three children, the Flip It Like Disick star shares how he’s doing amid his breakup from the model — whom he officially split from in August 2020 after nearly three years of dating.

“I think people come into our lives and think it’s maybe easier than they think,” he says in the preview. “But it’s very true that we come with a lot of baggage. It’s definitely not easy that we see each other, work together and are friends.”

Disick acknowledges that it can’t be easy for a significant other to date someone like him. He even admits that he doesn’t think he could handle the pressure if the tables were turned.

“When you first get with someone everybody is like, making changes and ‘Oh, I’ll do anything ’cause I’m so happy or so in love and so excited,’” Disick continues. “But then, when it sinks in and it becomes real life, it’s a lot different.”

Scott Disick tells Kourtney Kardashian she is his ‘priority’

As he reflected on the end of his romance with Richie, Disick admitted that things got more complicated over time due to his priorities in life.

“I’ve always been clear that my priority has been my children, my life with them … I even put it out there that taking care of you is one of my priorities,” he tells Kardashian.

In a confessional interview, the Talentless designer tells cameras that Richie was “an absolute trooper” throughout their relationship.

“The truth is, anybody dating somebody is going to feel neglected when their significant other is spending more time with their ex than with them,” Disick said.

In the final moments of the preview, Disick turns his attention to his and Kardashian’s relationship, pondering aloud what he sees for their future together.

“I just don’t know like, are we just gonna grow old just traveling the world with the kids, living one house down from each other or together at some point?” he asks Kardashian.

As fans may recall, Disick and Kardashian dated on-and-off-again for nine years before calling it quits for good in 2015. During their relationship, the pair welcomed three children together — sons Mason, 11, and Reign, 6, and 8-year-old daughter Penelope.

Since breaking up, Kardashian and Disick have kept a close co-parenting relationship. Though many fans feel it’s only right these two rekindle their relationship, both have maintained that they are just really good friends.

Though Disick sees him and Kardashian getting back together one day, the Poosh founder seems to sidestep this idea in the clip.

When Disick brings up their future, Kardashian doesn’t directly answer his query. Instead, she praises their co-parenting relationship and urges her ex not to be afraid to make his significant other a priority too.

“Well, I think that it’s great that we can do that with the kids and the kids like, love it,” the mother of three says. “And I do think we have to be respectful of our relationship and make sacrifices for that, if it means a lot to you.”

While there’s no telling what the future holds for Disick and Kardashian’s relationship, one thing is for sure; these two will be in each other’s lives for many years to come!