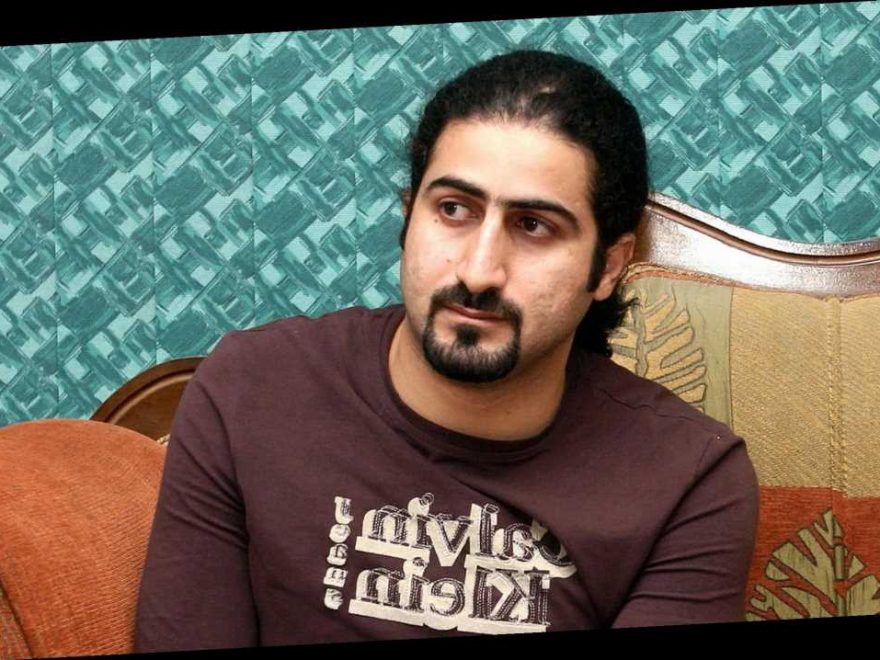 In a rare interview, Omar, 39, told Vice that classic Western flicks — such as Clint Eastwood’s 1992 film “Unforgiven,” his favorite — serve as inspiration for the man whom Vice dubs the “heir apparent of [al-Qaida].” His work — a naif style defined by its rudimentary use of color and brushstroke — often depicts the indicative elements of Westerns, such as desert landscapes with cacti, train tracks and dried bones.

The painter’s favorite work, titled “Arizona Desert,” illustrates a rustic cabin among a forest of cacti beneath a bright moon. Another, “American Dream,” features a bull skull and a gnarled desert shrub against a mountainous, clay-red backdrop.

The scenes are not unlike those in which he grew up in Saudi Arabia — another frequent subject of his work — with part of his time spent on the bin Laden family farm, where they reared horses, goats and gazelles.

“The need to draw and paint runs in my blood,” said Omar, referring to his mother, Najwa Ghanem, and others on his maternal side who have dabbled with the brush and canvas.

“I miss the fun times I had, the times when I was too young to know and too innocent to see the world around me,” he told Vice. “I miss the vast stretches of desert dunes and rolling seas. I miss the peace of childhood.”

The innocence of childhood quickly gave way to turmoil as the bin Laden family eventually relocated to Sudan, and then Afghanistan, where al-Qaida rose to prominence. At just 16, Omar was thrown to the front line of the Afghan civil war. Within five more years, his father would lead the Sept. 11, 2001, attacks in New York City and Washington, DC — acts of terror that Omar has publicly condemned.

The elder bin Laden was later killed during a US raid on his compound in Pakistan in 2011.

Omar, who now resides in the French countryside of Normandy, finds solace from his past suffering — including post-traumatic stress syndrome, bipolar disorder and other emotional scars — in painting “from [the] heart,” thanks to wife Zaina Mohamed Al-Sabah, who urged him to pick up the pastime during the coronavirus pandemic. His pictures provide him an escape to “the world of dreams and imagination,” rather than the “dark road” of his memory.

“I want the world to learn that I have grown; that I am comfortable within myself for the first time in my life; that the past is the past and one must learn to live with what has gone by,” he said. “One must forgive if not forget, so that one may be at peace with one’s emotions.”