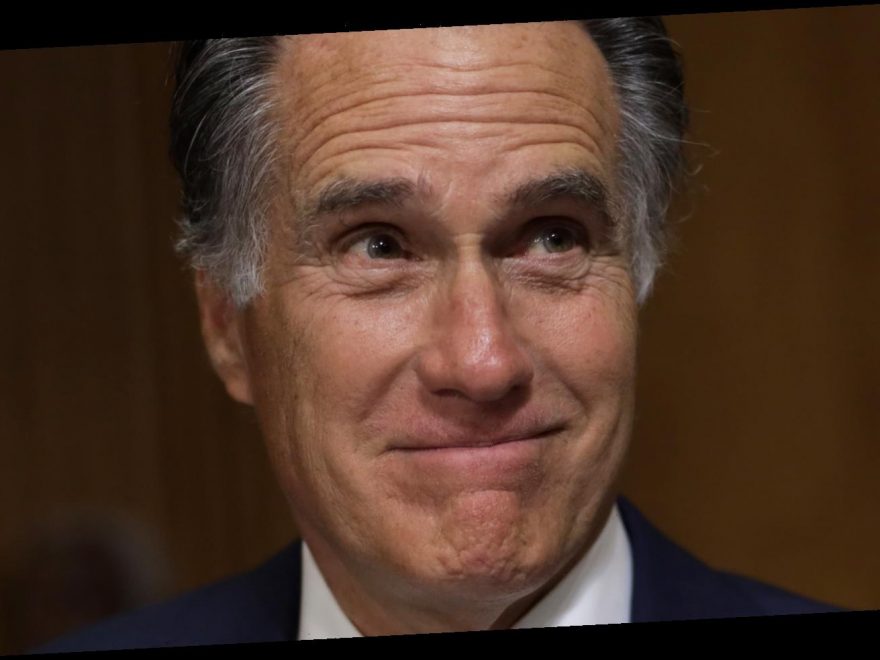 Utah Senator Mitt Romney says he is feeling better after a weekend accident that left him with stitches and a black eye. Romney, who is 73, told CNN’s Manu Raju that he “took a fall [which] knocked me unconscious, but I’m doing better.” The accident happened while he was visiting his grandchildren in Boston (via Twitter), and the former governor was taken to a local hospital where he had gotten “a lot of stitches”. “I asked the doctor how many stitches and she said ‘I don’t know,’ but it’s all throughout my eyebrow and my lip,” Romney was quoted as saying (via The Boston Globe).

The cause of Romney’s accidental fall is unknown, as of this writing, but he managed to joke that he had gone to the Conservative Political Action Conference (CPAC) which took place in Orlando, Fla. over the weekend, and “That [it] was a problem” (via Twitter). It’s no secret that Romney has distanced himself from former President Donald Trump, particularly after he voted a second time to impeach Trump for insurrection in February 2021 (via People). The senator seems to have been poking fun at how his position as a moderate within his own party has made him less than popular with Trump loyalists.

Mitt Romney wouldn’t be the first politican to show up in public with obvious injuries. In November 2020, then President-elect Joe Biden broke his foot while playing with his dog, Major. “The little pup dropped the ball in front of me for me to grab the ball … and I grabbed the ball like this, and he ran, and I was joking running after him to grab his tail. And what happened was that he slid on a throw rug, and I tripped on the rug he slid on. That’s what happened,” Biden told CNN at the time, adding, “Not a very exciting story.” And while initial X-rays didn’t reveal any problems, a subsequent CT-scan did, and Biden eventually went on to wear a walking boot to help him recover more quickly (via Washingtonian).

It’s not known how long Romney will need to keep sporting a look once popularized by Frankenstein’s monster before the stitches can be removed, but medical sites like Medscape say sutures on the face should stay in for between five to seven days to avoid any sign of marks or infection.