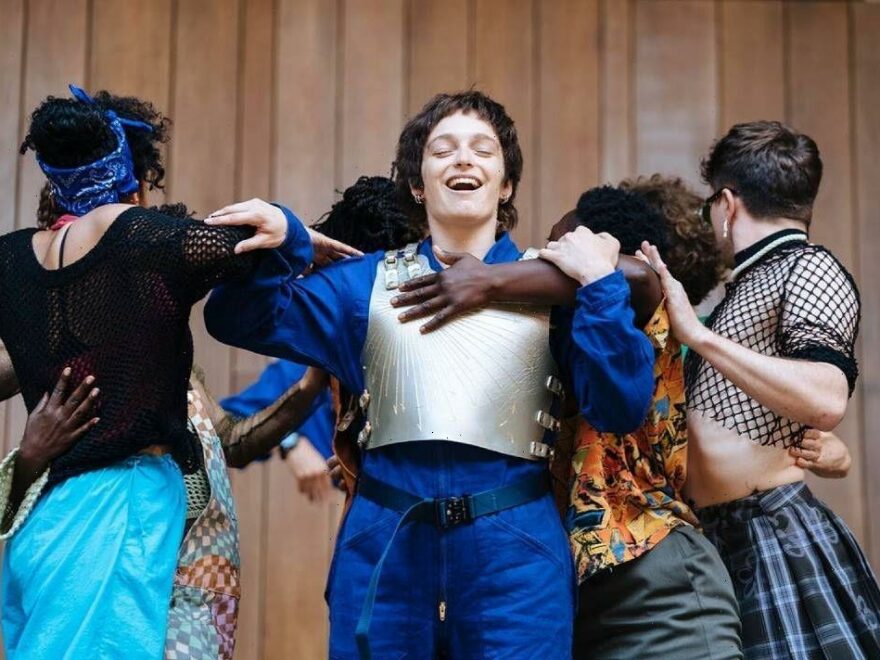 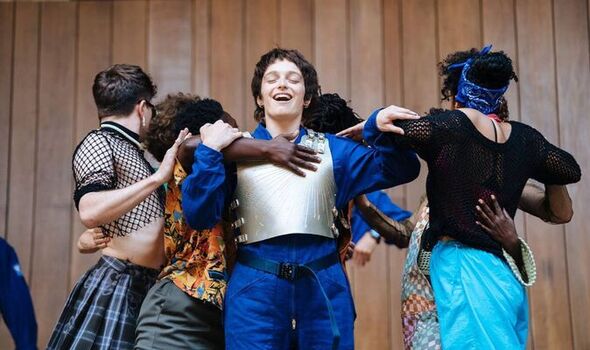 Joan believed they had a hotline to God who directed them in their mission. This claim, plus their blasphemous insistence on dressing as a man, brought them to the stake. Small wonder that non-binary writer Josephine and director Ilinca Radulian should find in Joan an icon from history that could be remodelled into a trans “shero”.

On a set consisting of a huge curved wooden wall down which the cast slide on to the stage like gleeful children, the modern-dress production is conducted at farce speed with added dancing and music from a brass-and-percussion heavy band.

Battle scenes are choreographed like martial arts contests with a few courtly gestures tossed in for mischief.

The first half is exuberantly theatrical and Thom is the firecracker at its centre.

Josephine offers no new historical insight but radicalises the context with some justification.

When Joan puts on a boiler suit and breastplate and cuts their hair with a sword, they become something like the man inside, although “there isn’t a word for me yet”.

It is to Thom’s credit that they retain Joan’s innocence and indomitable spirit throughout, even while plucking an arrow from their shoulder or challenging the clergy in a battle of theological wits.

Alas, the second half descends into polemic in which Joan adopts a hectoring tone to address the audience, the theme of gender identity overwhelming a narrative that was shallow to start with.

It is a relief when Yolande, Charles’ mother (a splendidly imperious Debbie Korley) concludes: “You’re not like a woman at all.”

Maybe not. But Thom is certainly an exciting new stage presence.