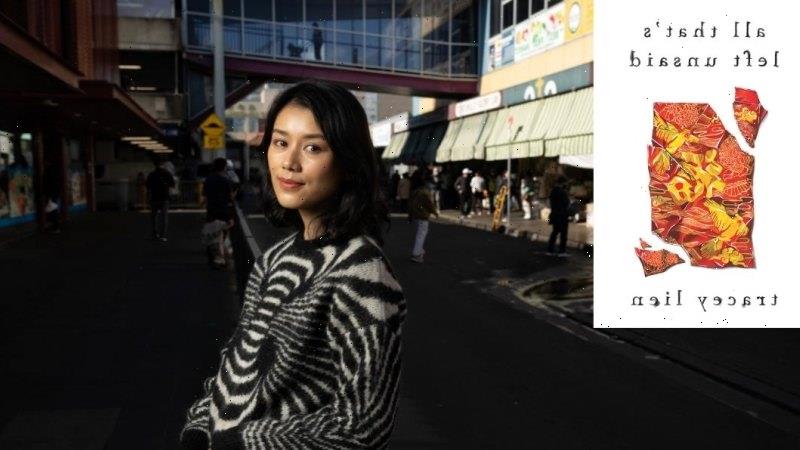 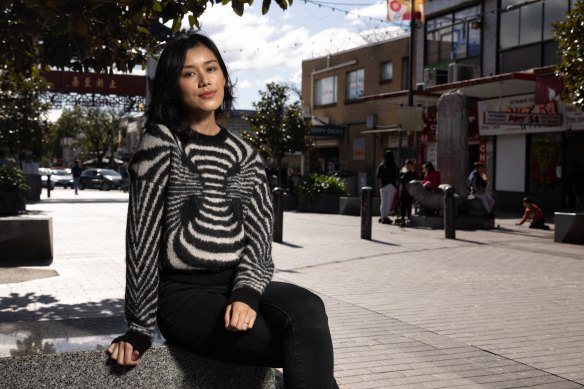 Tracey Lien remembers clearly when she read her first copy of the magazine Dolly. It was the late 1990s, she was 13, at home in Cabramatta in Sydney’s western suburbs. Natalie Portman was the cover star, a newly minted teen icon from her role in Star Wars: The Phantom Menace.

As the young Lien thumbed through the issue, she became entranced by the worlds captured on the pages. She discovered fashion tips (knee-length denim skirts were in), celebrity news and gossip, beauty advice and stories about Australian teenage girls with experiences so different from her own.

“As a kid, I wasn’t a big reader. I watched a lot of television – Judge Judy, Ricki Lake, The Bold and the Beautiful. It was very low-hanging fruit. It was not nutritious at all,” Lien laughs. “But I just loved stories. Seeing Dolly, I was like, ‘Oh this is a job I could get related to storytelling that will affect how people see the world.’”

Fast-forward two decades, the former Dolly reader is now a storyteller with her debut novel All That’s Left Unsaid, the subject of a nine-way international bidding war, out this week. It’s fitting that Lien, a former tech reporter for the LA Times who now lives in Brooklyn, is back in Cabramatta. The suburb where her writing dreams started, is also at the heart of her highly anticipated crime novel, which is set in Cabramatta in the 1990s.

We meet at a Vietnamese restaurant, Huong Xua, and over steaming bowls of pho we reflect on our experiences growing up in the area. All That’s Left Unsaid unfolds during a time when catching a train to Cabramatta was known as taking “the heroin express”. Back then, the suburb – home to a large population of Vietnamese migrants, many of whom had fled the Vietnam War – had a reputation as Australia’s largest open-air heroin market with gang wars exploding onto the streets. 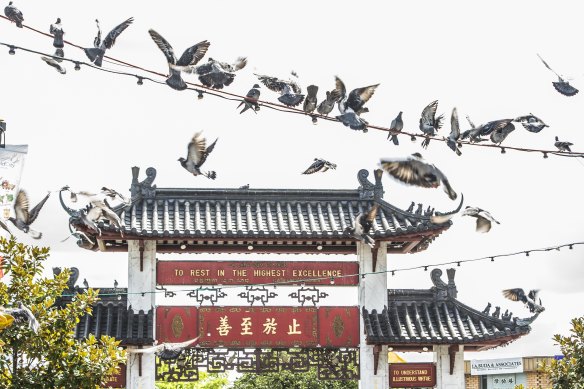 The suburb was the subject of aggressive politics and policing, and also the site of Australia’s first political assassination, with local MP John Newman, an anti-drug campaigner, gunned down outside his home in 1994.

As we slurp our noodles, that history seems a world away. The main thoroughfare, John Street, is lined with sparkling bubble tea and pancake chains, alongside ageing fabric shops and family-owned grocers. Cabramatta is now a tourist hotspot, featured on must-visit lists for foodies. But much has remained the same. Cabramatta’s population is still dominated by working-class Asian migrants and their families, and the area has struggled to shrug off past stereotypes.

Lien’s parents escaped Vietnam in the late 1970s and moved between refugee camps in Malaysia before resettling in Cabramatta. Lien was a child during the 1990s, and much of the novel is inspired by her experiences and memories of the time.

“I definitely took Cabramatta for granted when I was growing up because it was all I’d ever known,” Lien says. “It seemed totally normal to me that I would live in a place where everyone looked like me and spoke a language other than English and came from the same region and were in Australia because of similar circumstances. I was so sure that every Asian person in Australia had a refugee connection that the first time I met a third or fourth generation Asian Australian, it blew my mind.” 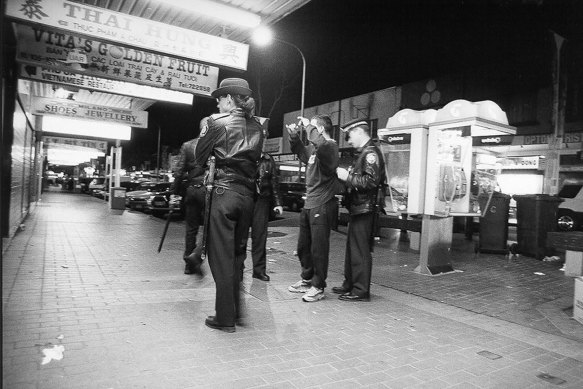 There was a surge in heroin in Cabramatta in the 1990s and early 2000s. Credit:Lisa Maher

All That’s Left Unsaid opens in the aftermath of a murder: high-achieving teen Denny Tran is beaten to death in a packed restaurant in front of dozens of witnesses on the night of his Year 12 formal, yet everyone claims they didn’t see a thing. Denny’s journalist sister Ky returns from Melbourne to interview each witness herself, fuelled by grief, anger and a need for closure. It’s no straightforward detective story, the city and the crime are intertwined, you need to understand the former to understand the latter.

Cabramatta’s era of gangs and police crackdowns has been represented in Australian pop culture before, including in the film Little Fish (2005) and the docuseries Once Upon a Time in Cabramatta (2012), but seldom has it been captured with such intimacy, from the inside out.

In recent years, rural crime fiction has dominated Australian bookshelves with authors such as Jane Harper and Chris Hammer taking the genre global. There are no wilting wheat fields and parched lakes in All That’s Left, which is firmly rooted in the urban. Lien captures the city’s mundane rhythms, so familiar to those of us who grew up there. Teenagers congregate in Freedom Plaza, visor-wearing grandmas shop for groceries and there’s the wafting smell of paprika-sprinkled Red Lea chips.

This eye for detail allows for a tender exploration of Cabramatta, and the attitudes of its residents that may seem baffling to outsiders, without overlooking the horror of the heroin crisis.

Why did the witnesses stay silent? Why did Denny’s parents refuse an autopsy? By the end of the novel, Lien has peeled back the layers of trauma, displacement, and marginalisation to reveal something raw and true. 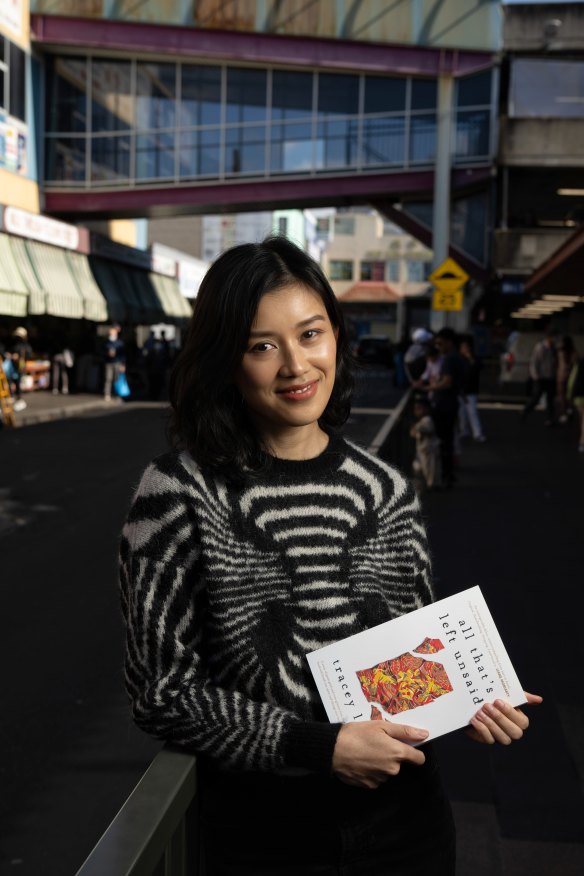 Debut novelist Tracey Lien: “I definitely took Cabramatta for granted when I was growing up because it was all I’d ever known.”Credit:Nick Moir

“What would have to happen in your life, what would your belief system have to be to arrive at that point?” Lien says of her approach. “Giving every character that benefit, it’s sort of like a radical empathy exercise … it’s extending the compassion to people that you wish others had for you.”

During her search for answers in the novel, Ky struggles against an all-white, largely indifferent police force, that seems to consider her brother’s death an inevitability. Lien, who has lived in the United States for close to a decade, says moving overseas allowed her the distance to reflect on how Australia’s migrant populations have been marginalised and how migrants internalise that sense of marginalisation.

Much of her character Ky’s journey is about grappling with her flawed belief system – the idea that she is lucky to be in Australia, that other Vietnamese Australians only have to be “good” and work hard to live successful lives. The idea of luck is a persistent theme, and Lien says one of her aims was to dispel “the myth of the model minority”.

“Growing up in Australia as an Asian person, you are told by your parents, by society: ‘You’re so lucky,’” she says. “The fact that you’re born here means that you will be given a fair go. [You’re told] you belong, and that Australia really values multiculturalism – look at how lucky you are. But I realised at some point that this wasn’t true, that my citizenship was conditional. If you step out a line or make anyone feel uncomfortable, suddenly you’re a nuisance, or worse, a threat.”

“I think this idea of luck is almost used to silence people. Like, ‘Be quiet, you’re so lucky. You should be grateful.’ Yet who gets to determine where the gratitude is owed?”

Drawing on her journalistic background, Lien consulted ethnographic research into Cabramatta in the 90s as she wrote the novel.

“[Back then], they were interviewing teenagers in Cabramatta and asking them, ‘How does it feel to be here?’ ” Lien says. “It was really confronting to read these teenagers’ points of views in 1995 and 1996. They had accounts of being like stopped and frisked by the police for absolutely no reason other than they were Asian. 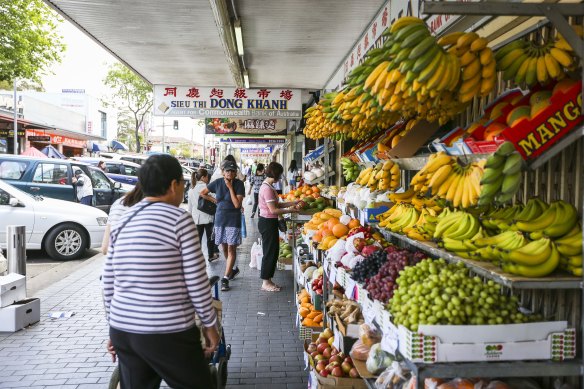 “One of the things I learned was that the teenagers that joined gangs were not lured by drugs. These weren’t like 13-year-olds being like, ‘Oh, yeah, let’s go get high, let’s go inject heroin!’ … they were looking for a sense of community, searching for someone who understood them.

“Knowing that, I knew this story had to centre relationships, and how these relationships might end up being a slippery slope into a certain type of lifestyle.”

Lien knew her book was walking a fine line, as she tried to balance a page-turner plot without reducing the complexities of race, identity and culture. The novel hits the publishing sweet spot, existing somewhere between the commercial and the literary.

“Viet Thanh Nguyen has this really great quote about writing The Sympathiser. He said that there are a lot of books, which are historically and politically minded, that are long on mood and short on entertainment. Why can’t a book do all of it? The Sympathiser is a spy thriller – it’s got all these ideas about colonialism, philosophy and politics, but it’s also a really fun and engaging book.

“I thought about the books that, once I started reading them, I couldn’t put them down. Books by Jane Harper, Liane Moriarty and Trent Dalton.”

Lien says her “not-so-secret wish” for All That’s Left Unsaid is to help readers rethink Cabramatta and its place in Australian culture.

“Take another concept: Australia is a nation of immigrants. How does that then make you see people? I’m hoping that this novel will give people more concepts to consider. Concepts such as: Asian Australians are just like everyone else. We’re just as complicated, we’re just as stubborn, smart, funny, goofy, petty. We’re just as capable of failure.”

As Lien and I struggle to hear each other over the lively din of clinking bowls and a busker’s karaoke machine, it’s obvious that she’s relieved to be home. Lien has spent a lot of time trying to find “a Cabramatta equivalent” abroad, to no avail. The Vietnamese food in Cabramatta, she says, is the best in the world outside Vietnam. She misses the walkability and density of the suburb, and the noisy train station that snakes through its centre.

“Most of all, it’s home, and sometimes I miss it for that sole reason,” Lien says. “It took a lot of time and distance from Cabramatta for me to understand how unique a place it is.”

All That Is Left Unsaid (HQ Fiction) is out now.

To read more from Spectrum, visit our page here.