A cyber attack is being reported in Australia every 7.8 minutes as sophisticated hackers, including foreign governments, target the nation’s critical infrastructure and essential services such as hospitals, food distribution and electricity systems.

The wave of hacks last financial year included a significant ransomware attack against a Victorian public health service in March, which affected four hospitals and aged care homes and resulted in the postponement of elective surgeries. 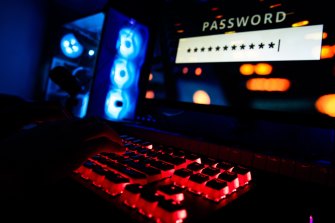 Reports of cyber attacks are increasing every year in Australia.

Thousands of Australian businesses were hit the same month by a major cyber attack on Microsoft Exchange servers that Australia, the United States and others believe was sponsored by China’s Ministry of State Security.

About one-quarter of cyber incidents reported to the ACSC over that period were associated with Australia’s critical infrastructure or essential services, including education, communications, electricity, water and transport.

Assistant Defence Minister Andrew Hastie said cyber was the “new battleground” and it was up to government, industry and individuals to combat the escalating threat.

“Australians are being targeted by a range of actors: from state-sponsored actors to gain strategic advantage, to financially motivated financial cybercriminals looking to make a profit, to issue-motivated groups – and even terrorist groups and extremists – looking to disrupt and destabilise Australian democracy,” Mr Hastie said.

“Indeed, cyber espionage I think remains one of the greatest threats to Australia’s national security and economic prosperity in this decade ahead. This type of activity blurs the distinction between peace and war, and it’s a favoured tactic of authoritarian regimes seeking an advantage asymmetric means.”

The Australian government has been growing increasingly concerned about the threat of “grey zone” attacks from countries such as China and Russia. The “grey zone” refers to a growing area of political warfare that falls somewhere between war and peace and includes cyber attacks, disinformation campaigns, intellectual property theft, coercion and propaganda.

The government has introduced laws to Parliament that would allow it to declare an emergency to give agencies such as the Australian Signals Directorate the power to plug into the networks of critical infrastructure to fend off major attacks.

Among the hacks reported last financial year was a ransomware attack on “one of Melbourne’s larger metropolitan public health services”. In a ransomware attack, a hacker uploads a form of malware that encrypts the victim’s files. The attacker then demands a ransom to restore system access.

Mr Hastie said the attacks on critical infrastructure and essential services such as the health sector were particularly concerning.

“The health sector reported the second-highest number of ransomware incidents, right at a time when Australians are most reliant on our health workers to help us respond and recover through the pandemic,” he said.

The exploitation of the Microsoft Exchange vulnerabilities led to a number of ransomware attacks. Australia took the rare step of joining with other countries to accuse China’s Ministry of State Security of being behind the hacks.

Prime Minister Scott Morrison last year revealed a wave of sophisticated cyber attacks had hit all levels of government, industry and critical infrastructure including hospitals, local councils and state-owned utilities. Australian security agencies believe China was behind the cyber raids, but the government decided not to publicly name the state actor involved.