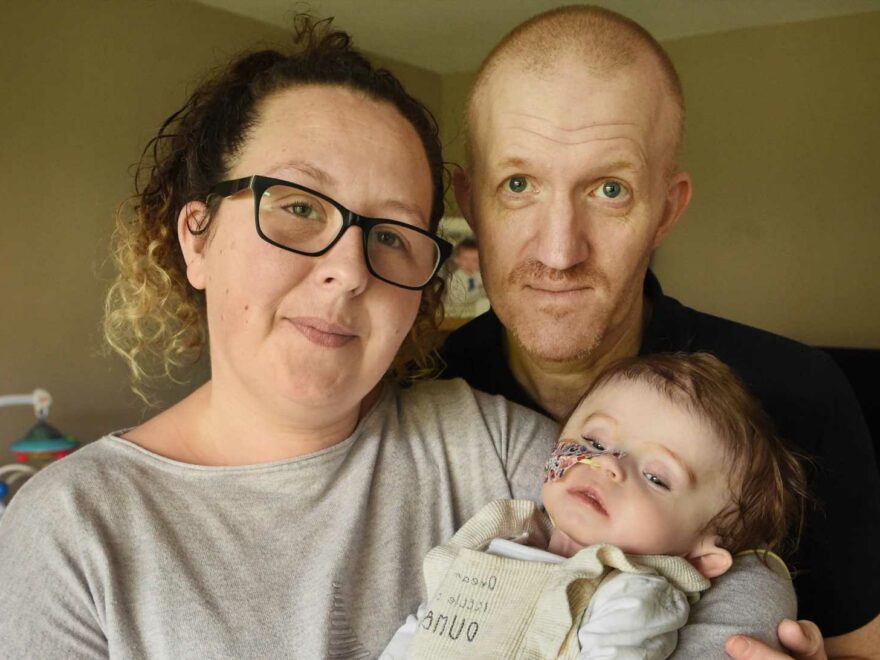 A MUM has revealed how her baby girl's eye started moving strangely before a doctor said she had weeks to live. 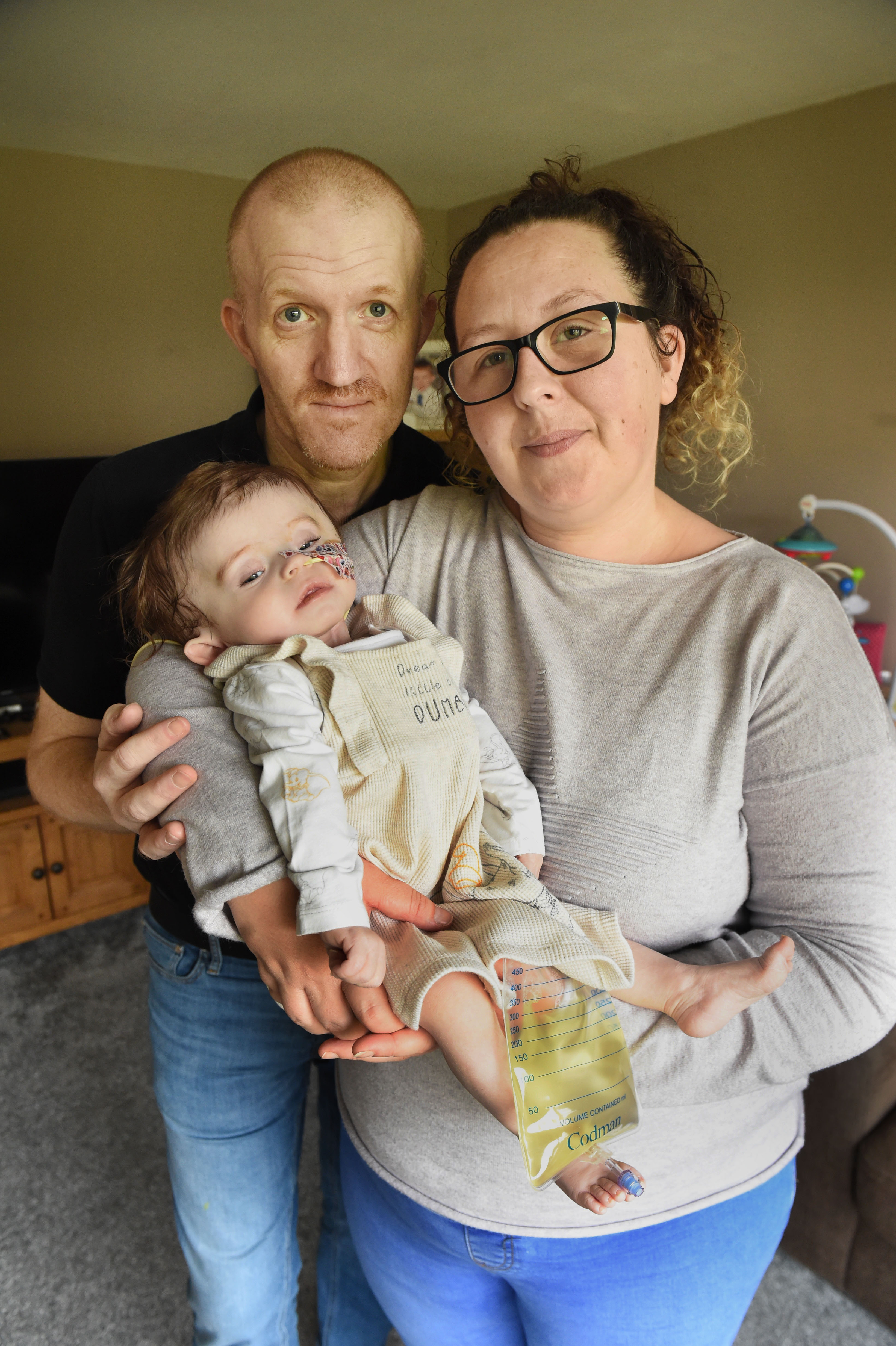 Her parents were worried by this so rushed her to the GP, who sent them to the hospital for tests.

It took around four months to get an MRI scan, before the little girl lost weight and was admitted to hospital on July 29.

An emergency scan on August 10 found a large mass in Jessica's brain, with smaller tumours in her spine.

Mum Gillian Allum, 36, and dad Andrew Gibson, 49, were told she had pilocytic astrocytoma, a tumour of the brain and spinal cord.

After the scans at the Royal Hospital for Sick Children in Glasgow, little Jessica had to go through three major operations in a week and also have chemotherapy.

The East Kilbride family are now urging health services to do more for children who show symptoms like Jessica's.

Dad Andrew, who works as an operations manager said the family were initially advised there would be a four month wait for a scan.

He told the Daily Record that his little girl would 'be dead now' if that had waited that long.

Now, he wants the NHS to prioritise kids who show signs of brain tumours such as headaches, seizures and fits.

He said: “The MRI scans really need to take place within days rather than months.”

Mum Gillian, a business development manager, added: “We need to do more for children who present symptoms like Jessica’s and get their treatment fast-tracked.

"If the worst-case scenario happens to our daughter, I want to make sure no other family go through this.”

What is pilocytic astrocytoma?

Astrocytomas are the most common type of primary brain tumour within the group of brain tumours called gliomas.

Primary means they have originated from the brain instead of spreading from elsewhere.

About one third of all brain tumours diagnosed in the UK are astrocytomas.

They support and protect the neurons and help to pass messages between them.

Astrocytes, therefore, are vital in processing information in the brain.

What causes an astrocytoma?
There is nothing that could have been done, or avoided, that would have prevented someone from developing a brain tumour.

As with most brain tumours, the cause is not known. Research into possible causes is focussing around our genes.

Our genes control the way our cells grow and divide. Mutations (changes) in our genes can cause this process to go wrong, resulting in the cells growing uncontrollably and forming a tumour.

These changes are often the result of a mistake being made when the cell copies its DNA before dividing.

Types of astrocytoma
Brain tumours are graded by the World Health Organisation (WHO) from 1-4, according to how they behave, i.e. how fast they grow and how likely they are to spread within the brain.

Tumours graded 1 and 2 are slow-growing, and are sometimes called benign or low grade.

This term is used less often nowadays as it’s not thought to be helpful in describing the tumour, as these low grade tumours are still serious.

Tumours graded 3 and 4 are fast-growing, more aggressive tumours, sometimes called malignant or cancerous, meaning they’re more likely to get bigger more quickly and sometimes spread to other parts of the brain or spinal cord.

Astrocytomas can be any grade, from 1-4.
Source: The Brain Tumour Charity

On November 2 Jessica started on a course of medication from home, but soon after she suffered a spike in temperature and was admitted to hospital.

On November 10 it was decided that she was too weak for any more surgery and two days later she was sent home in an ambulance on palliative care.

The family are now investigating other ways they can help Jessica get better – including natural medicines.

They have set up a JustGiving page and are aiming to raise £50,000 to pay for possible private procedures and to support the family.