Miss Moving On! Katie Thurston opened up about her recent breakup from Greg Grippo following their tense After the Final Rose reunion.

The former Bachelorette, 30, tweeted on Thursday, September 2, that she and her Season 17 finalist, 28, have discussed their breakup more after their uncomfortable reunion on the AFTR special.

“Greg and I have spoken privately and moved on,” the former marketing manager wrote. “You should too.”

Prior, the Washington native called out a handful of Twitter users for over bullying claims and the validity of her engagement to Blake Moynes in a Twitter thread at the time, one day after she jokingly addressed Michelle Young’s promotional footage.

Following her retweeted message, one follower called out Thurston for having “hurt” feelings, to which the popular TikToker replied, “Nah someone is happily engaged,” alongside a diamond ring emoji.

The Twitter user didn’t stop there, writing, “Anyone who uses their platform to bully and harass a person who simply was expressing his own, real feelings, alwhile publicly ripping him to shreds, does not represent a trustworthy person, nor a person there ‘for the right reasons.’”

Thurston had previously accused the New Jersey native of “gaslighting” her during the televised reunion special. Grippo then apologized for the way he handled their breakup but denied faking his feelings for her.

For her part, the Bachelor alum later defended the confrontation. 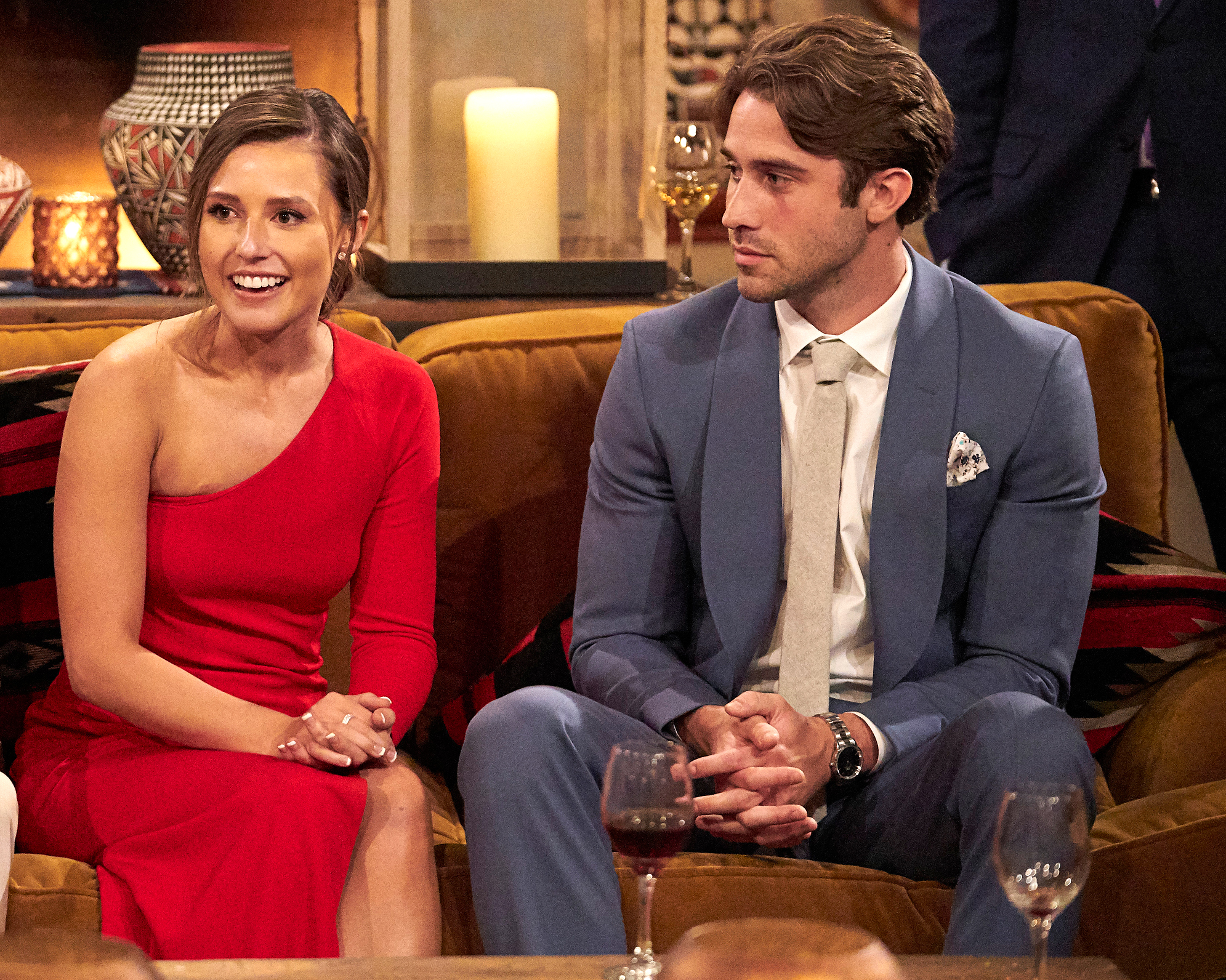 “After the Final Rose is about kind of speaking your own truth and getting it out there for that final closure,” she exclusively told Us Weekly after the finale aired. “And really that’s what Greg and I both were able to do. And we’re ready to just close that door forever and move forward. You can be happy and in love in your relationship, but still be upset with how someone treated you in the past and you want to speak on it.”

Weeks later, Grippo admitted that their conversation opened his eyes to Thurston’s perspective.

“I came off like an ass, came off like a petulant child at times,” he said on an August episode of the “Viall Files” podcast. “And I regret it because, you know, at the end of the day, she didn’t deserve that. I definitely projected a lot of my insecurities and my anger in that moment.”

During season 17, Grippo left the show early following an explosive argument during hometown dates. After confessing his feelings for the California resident, Grippo accused her of dismissing his declaration of love and thought that it meant she was not in love with him. When she wouldn’t say “I love you” back, Grippo made it clear that he wanted to depart the series.