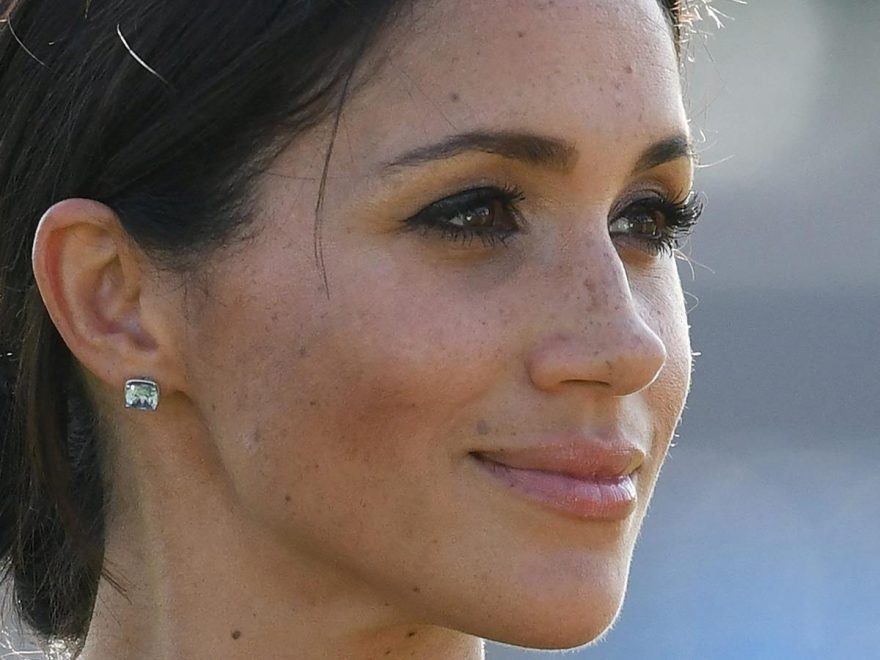 Meghan Markle won’t accompany her husband, Prince Harry, back to the UK to attend the funeral of his grandfather Prince Philip. Shortly after Philip’s death was announced, all eyes turned to Harry and Meghan as the world wondered if they would reunite with the royal family amid the reported tension between them (via Elle). The tension comes after a year filled with drama in the family, and Meghan and Harry have been at the center of it all. In early 2020, Harry and Meghan announced that they were leaving their duties behind and leaving their positions as senior members of the royal family (via People). While speculation grew about the reason for the exit, the family publicly supported the decision. “My family and I are entirely supportive of Harry and Meghan’s desire to create a new life as a young family. Although we would have preferred them to remain full-time working Members of the Royal Family, we respect and understand their wish to live a more independent life as a family while remaining a valued part of my family,” Queen Elizabeth said at the time (via People).

Meghan and Harry then moved to the United States. In March 2021, the pair sat down with Oprah Winfrey for a tell-all interview and spoke out about living within the confines of the royal family, while making shocking claims about royal life (via Us Weekly). Now, Meghan is looking to take a step back so that the attention is focused on honoring Philip.

According to the Daily Mail, Meghan Markle did not join Prince Harry when he flew back to the UK for his grandfather’s service. Markle’s doctors advised her against flying this late into her pregnancy. Sources close to Meghan told the outlet that she wanted to support her husband, and allowed him to make the decision about whether or not she would attend Prince Philip’s funeral. “Meghan said her main concern right now is supporting Harry. She said she left it up to him as to whether or not she would attend the funeral,” the insider stated.

Meanwhile, the Duchess of Sussex reportedly wants Harry to mend fences with his family while at home in the UK. “Meghan said it’s during these times when family should come together, put their differences aside and unite as one. She said this is what Prince Philip would want and that she’s willing to forgive and move forward,” the source said. “Meghan said this is the opportune time for [Harry] to mend his relationship with his brother and his dad. She doesn’t need to be there for that,” the informant added. In addition, Meghan’s reportedly not worried about the Queen being upset about her not attending the memorial. “She said the Queen understands her absence and would want her to stay safe and healthy for the baby,” the friend added (via the Daily Mail). Philip’s funeral is set to take place on April 17, per USA Today.