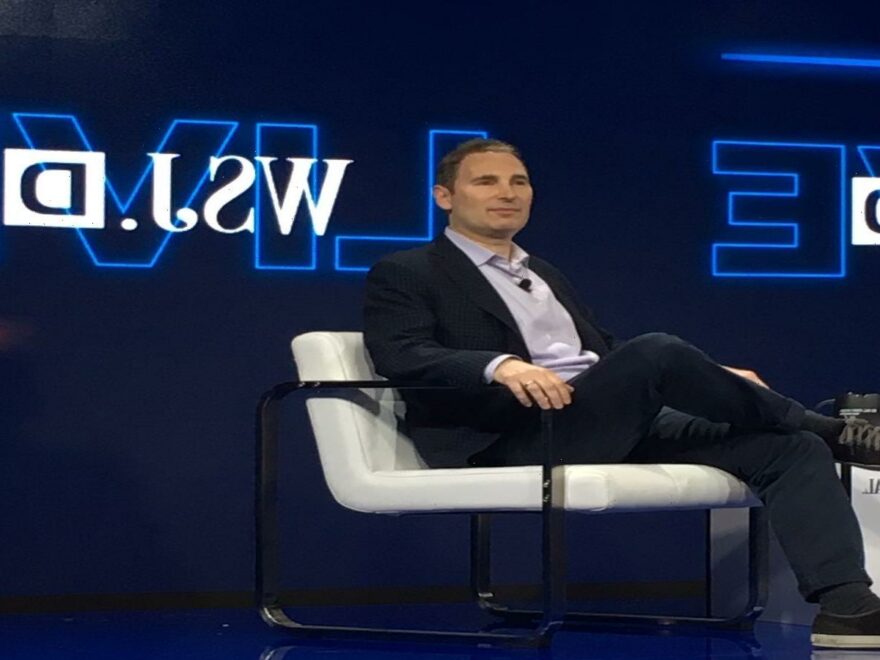 In early February of 2021, Jeff Bezos announced he was stepping down from CEO of Amazon and would be taking on the role of Executive Chair during the year’s Q3 period. “I intend to focus my energies and attention on new products and early initiatives,” said Bezos in a letter to employees. Five months later, he entered into space via his Blue Origin rocket and arrived safely back on Earth. “Best day ever,” he said upon landing. The announcement culminated with Bezos nearly doubling his valuation from $113 billion to $203.1 billion over the past year. Best year ever.

But with Bezos leaving the atmosphere, Andy Jassy was left to fill in at Amazon. Jassy originally made a name for himself through the cloud infrastructure market pioneered by Amazon Web Services. The success brought Jassy into the Amazon family, with Bezos inviting him to join the coveted ‘S-Team’ a Bezos-assembled supergroup of company assets including CFO Brian Olsavsky, Head of Human Resources Beth Galetti, and worldwide consumer CEO Jeff Wilke. But Jassy stood out through his connections and his ability to turn Amazon from a corporate comfort into a government asset. His clients included Netflix, Barrack Obama’s Presidential Campaign, and the CIA. The decision to capitalize on cloud space t0ok Andy Jassy from minority owner of the Seattle Krakens to the president and CEO of Amazon, the world’s most valuable public company.

Making A Name For Himself

Jassy’s father was a lawyer who served as a senior partner for the legendary Dewey Bellantine. The firm was part of the renowned merger, Dewey & LeBoeuf, and was led by Republican Presidential nominee Thomas E. Dewey. Dewey extended an offer to Richard Nixon to move to New York and join the firm back in 1961, but Nixon declined and ran for Governor of California. Jassy’s father, Everett, became a senior partner at the firm shortly after.

Learning As An Amazon Apprentice

Six years into the company, Jassy became the first leader of Amazon Web Services, a cloud-based computing platform that operates server farms throughout the world. AWS was an offshoot of Merchant.com, Amazon’s initial e-commerce service platform for third-party retailers. But what started as a small, virtual mall within the metaverse eventually grew into a digital ecosystem composed of services, storage, and cybersecurity so strong the U.S. Navy announced they were trusting it to host 72,000 users from six different commands. The CIA signed on for a $600 million contract with the company back in 2013, beating out former partner IBM in a landmark decision solidifying the future of cloud computing. The contract led to future partnerships with NASA and the Obama presidential campaign.

The success led to Jassy becoming a member of the ‘S-Team‘, a secretive group of Amazon executives who, according to the Seattle Times, are “responsible for all of Amazon.” Inclusion in the group eventually marked directions of the company’s future, with members ranging from Alexa-focused executives to longtime Bezos protege Steven Kessel. Kessel was responsible for the original Kindle e-reader and Amazon’s bricks-and-mortar locations before leading the company’s charge for retirement in 2020. After Kessel, leader of the global consumer business section Jeff Wilke retired, followed by Bezos himself in 2021.

Emerging As The Leader Of The Pack

With Jassy stepping into the role of President and CEO, Adam Selipsky filled Jassy’s shoes in return at AWS. Selipsky ran Tableau, a data visualization company acquired by Salesforce. When Selipsky worked for AWS back in the early 2000s, the cloud business was a third of its current size. Now, the company owns nearly half of the world’s public-cloud infrastructure market, worth of $32 billion. In 2021, DISH Network announced they were going to develop and launch their 5G network via AWS, a move that pushed the DISH stock up 11%.

Jassy has started his role with a positive impression, announcing the company’s plan to hire 55,000 people for tech and corporate roles in September of 2021, with 3 in 4 jobs set to be located in the U.S. Many of the jobs will be connected to Project Kuiper, Amazon’s internet-satellite project and the source of one of many ongoing battles for control over space between Bezos and Musk. Project Kuiper published a protest letter stating SpaceX broke the FCC’s rules after announcing a partnership, a statement similarly echoed in another protest to the Government Accounting Office accusing NASA of playing favorites when they awarded SpaceX a $2.89 billion contract.

When Jassy entered as President and CEO, he had vested $41.5 million in shares of Amazon stock. His promotion included an additional $200 million in shares, set to pay out over the next ten years. Jassy’s current net worth is estimated at $400 million, still a small fraction of Jeff’s $214 billion. But Jassy has also been able to navigate from private contracts to personal visits with members of the White House. In August, Jassy visited President Joe Biden at the White House to discuss cybersecurity concerns and provide support. And while Jassy takes over the digital space, with Amazon currently valued at $1.77 trillion, Bezos continues to take over space itself, a valuation still yet to be determined.