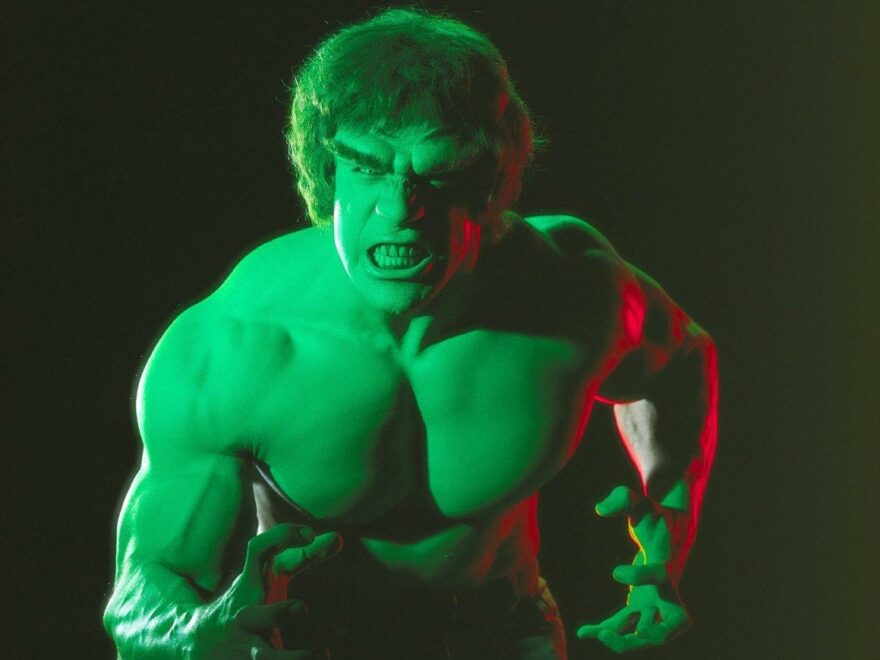 The Hulk is one of Stan Lee’s most iconic characters. So when the Marvel superhero got his first live-action project, The Incredible Hulk, Lee refused to let the showrunner make the Hulk red.

Lee came up with the concept of the Hulk after being inspired by books like Frankenstein and Strange Case of Dr. Jekyll and Mr. Hyde. In 1962, he created the superhero for Marvel Comics with artist Jack Kirby.

“Well, I said to Jack, I want you to draw a monster who’s a little bit sympathetic-looking, who the readers can like,” Lee told Rolling Stone in 2015. He’s a man but he turns into a huge super-powerful guy, all muscle and angry-looking — but he’s not all that ugly, he’s just a very strong, monstrous man.”

The late writer revealed that he and Kirby decided to color the Hulk’s skin because he wasn’t one to wear a costume. And he noted that the first version of the hero was actually gray.

“I decided to make his body gray because all the other superheroes had costumes,” Lee said. “I couldn’t figure how or why the Hulk would buy a costume or sew one for himself, but to make him look different I thought I’d give him different-colored skin, and I thought gray would be a nice, scary color.”

But printing issues caused the Hulk to look too dark or too light. So Lee finally decided to make him green.

“When you’re a comic book writer, you’re a little bit like God: ‘Well, change his skin color. We’ll make it green,’” he added. “I couldn’t think of any superheroes who were green at the time, and the next issue we made him green; nobody seemed to care about the difference and he was green ever since.”

Lee’s monstrous hero made it to screen with the 1978 TV series, The Incredible Hulk. Kenneth Johnson wrote and developed the show for CBS. And during pre-production, he asked Lee if he could give the series’ Hulk (played by Lou Ferrigno) red-colored skin.

“I called Stan Lee, and I said, man, what’s the logic of green?” Johnson told IGN. “Is he the envious Hulk? Is he green with envy or jealousy? The color of rage is red, which I was also pushing for because it’s a real human color – you know when people get flushed with anger. That makes sense, but the Hulk turns green.”

But Lee wasn’t ready to budge. He told Johnson about how and why he chose to make the Hulk green. So the showrunner ended up sticking with Lee’s vision.

“I said, Stan, that’s not really very organic!’” Johnson added. “But that was a battle I could not win; at least I got to change Bruce Banner’s name to David, but I couldn’t make the Hulk red because he was just too iconic already in the comic books.”

Eventually, Marvel introduced a red Hulk in the comic books, which Lee didn’t really mind. And when talking about his discussion about The Incredible Hulk with Johnson, the writer suggested a red Hulk could have worked. But he personally preferred green.

“[Johnson] may have been right,” Lee told Rolling Stone. “I like green because I thought it was a more dramatic color.”

“But Bill Bixby did such a good job, and Ken Johnson, who wrote the series, didn’t exaggerate him too much,” he continued. “They had a normal man, Lou Ferrigno, who wasn’t gigantic, play the Hulk, and the stories had a lot of human interest. They were almost believable.”