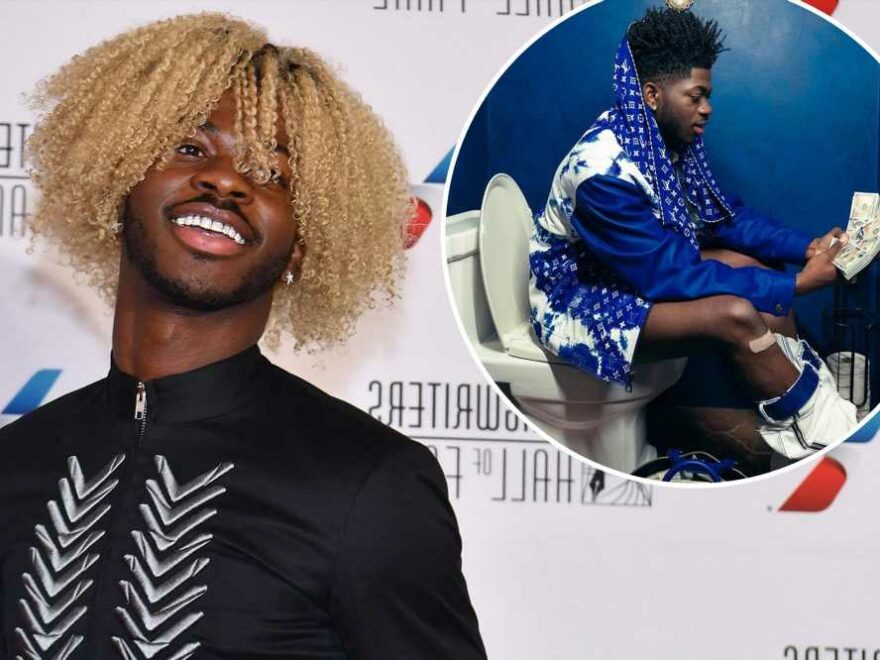 And to share the news, the 23-year-old superstar cheekily posed atop a toilet in a Louis Vuitton look worth more than $10,000.

Lil Nas X wore a bright blue tie-dye jacket ($4,850) covered in the luxury label’s logo, which perfectly matched the bathroom walls — as did his monogram belt ($690), scarf and the duffle bag ($3,250) stuffed full of hundred dollar bills at his feet.

The “Montero (Call Me By Your Name)” hitmaker paired all that Vuitton with white jeans (around his ankles, of course) and towering Rick Owens platform boots ($1,854), which looked far harder to walk in than his controversial “Satan Shoes.” 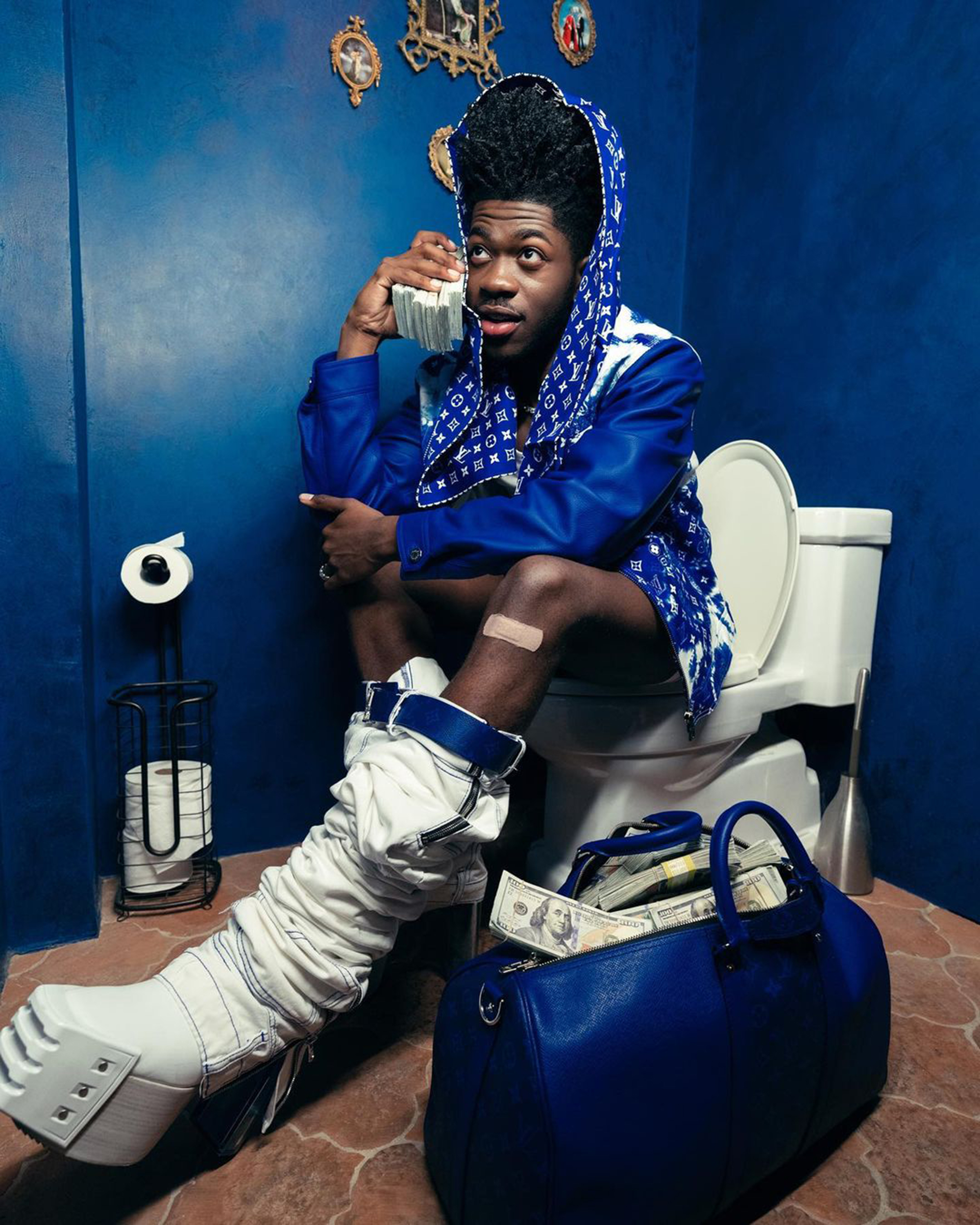 The Grammy winner released a snippet of the song — in which he repeatedly raps, “F—k BET” — on June 7.

Earlier this month, Lil Nas X opened up about feeling snubbed by the BET Awards after he received “an outstanding zero nominations” ahead of the 2022 ceremony, which will take place on June 26. 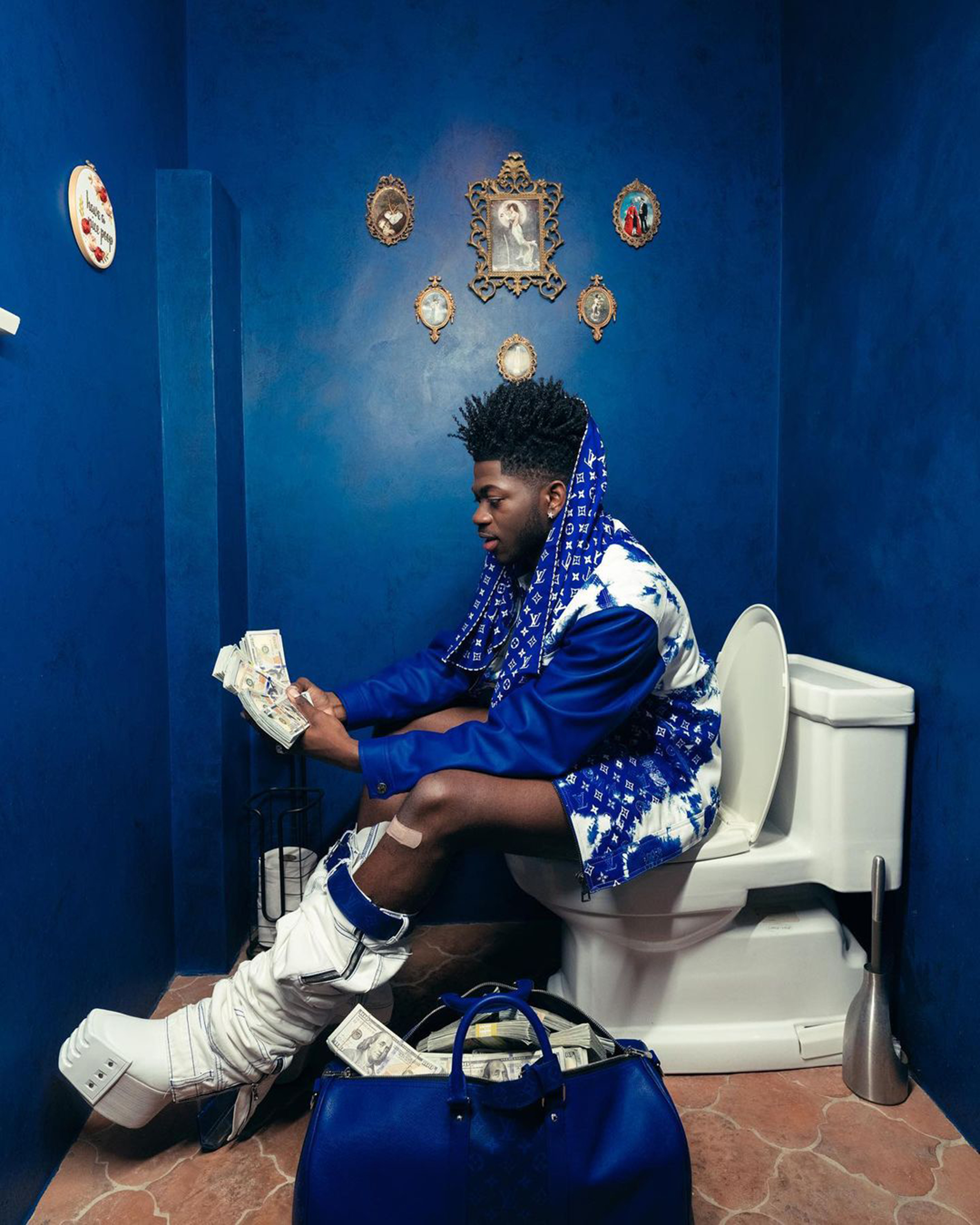 “I just feel like black gay ppl have to fight to be seen in this world and even when we make it to the top mfs try to pretend we are invisible,” he tweeted at the time.

No matter the accolades, Lil Nas X is literally sitting pretty on a throne … albeit a porcelain one. 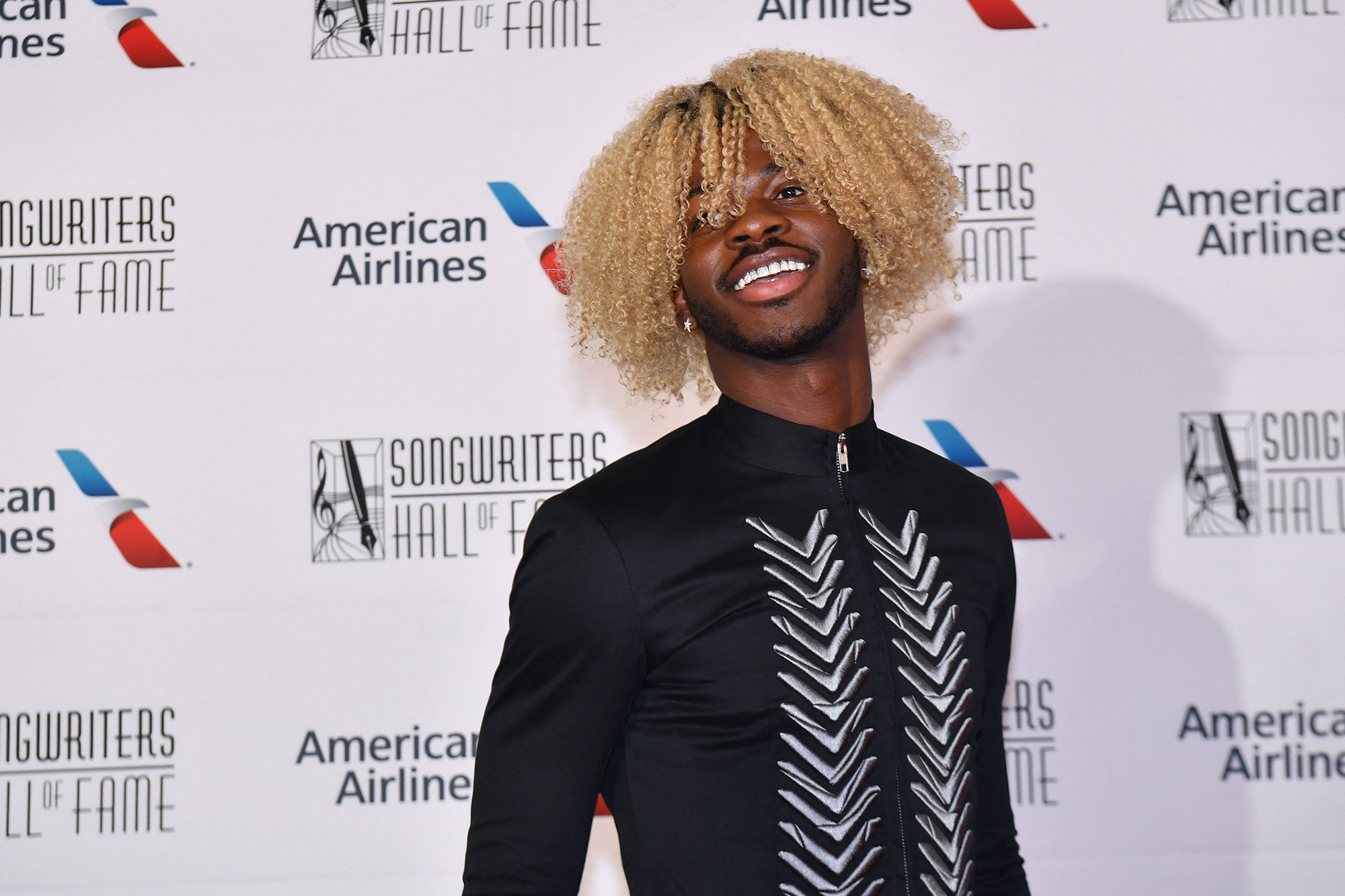