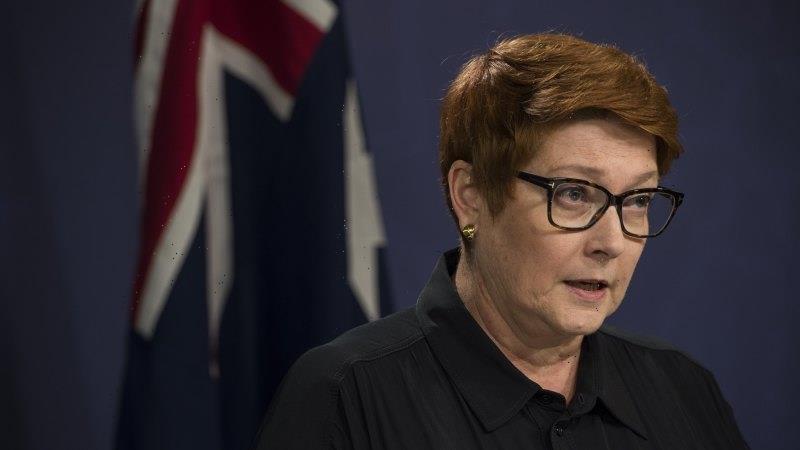 Labor leader Anthony Albanese has questioned why the opposition wasn’t invited to a meeting with Foreign Minister Marise Payne and her Solomon Islands counterpart, after a controversial security deal was signed between the Pacific island nation and China.

Payne met with Solomons Foreign Minister Jeremiah Manele in Brisbane on Friday night, after facing almost three weeks of criticism for not doing more to stop the deal being signed. 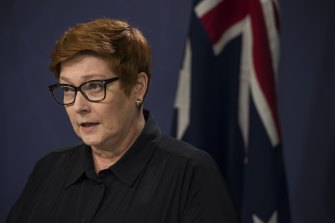 Albanese on Saturday questioned why Labor’s foreign affairs spokeswoman Penny Wong wasn’t invited to the meeting considering the government is in caretaker mode. Multiple sources confirmed that the opposition was briefed minutes before the meeting took place, but Wong was not invited to attend.

The deal between Solomons Prime Minister Manasseh Sogavare’s government and Beijing could see Chinese naval vessels and troops based less than 2000 kilometres off the Australian east coast and cut off vital supply lines to the US and Asia, in the event of a conflict.

Australia fears the deal could pave the way for a permanent Chinese military presence in the Solomons and Prime Minister Scott Morrison has criticised the Chinese government for insisting the text of the agreement be kept secret.

A spokesperson for Payne said in Friday night’s meeting she reiterated that Australia had been “consistent and clear in stating our respect for Solomon Islands’ sovereign decision-making”.

But Payne also “reiterated our deep concerns about the security agreement with China, including the lack of transparency”.

“She again welcomed Prime Minister Sogavare’s assurance that Solomon Islands will not be used for a foreign military base.”

Campaigning in Tasmania, Albanese said it was “good” that Payne had met with her counterpart but that it would have been appropriate for Labor’s foreign affairs spokeswoman, Penny Wong, to be invited a long as well, considering the government is in caretaker mode.

“I don’t know the circumstances of whether Marise Payne invited the shadow foreign minister, given we’re in caretaker mode. That would have been the appropriate course of action.”

The meeting between the two foreign ministers comes after Morrison received advice from security and intelligence officials to stop talking to Sogavare. Sources confirmed that advice did not extend to Payne and Manele, given the concern is largely around Sogavare.

The Sydney Morning Herald and The Age revealed this week that there was concern within intelligence and diplomatic circles that Morrison risked further inflaming the situation by having another phone conversation with Sogavare. 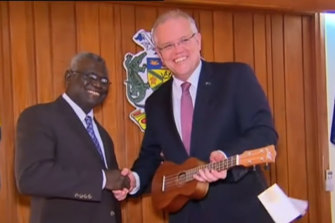 Prime Minister Scott Morrison with his Solomon Islands counterpart Manasseh Sogavare in 2019. Morrison was this year advised not to pick up the phone to him.Credit:Nine

This was due to Sogavare’s history of negative attitudes towards Australia and the assessment that no intervention was going to persuade him not to sign the deal with Beijing.

There have also been concerns within the Australian government over Sogavare misrepresenting conversations with government officials.

Morrison said on Saturday there was never an issue with Payne talking with her counterpart, but the decision was taken before the deal was signed not to send Payne to the Solomon Islands.

“It was not our plan for her to visit the Solomon Islands, that’s what was being suggested to me and that’s not what has occurred,” he said.

“There was the opportunity for a meeting to take place here, and that was a sensible opportunity to take up and I’m pleased that it was.

“And that meeting proved to be a very positive meeting, one that reinforced, again, Australia’s role as the primary security partner, and also reassured once again that Solomon Islands are not considering, and would not support the establishment of a naval presence for the Chinese government in in in the Solomon Islands.”