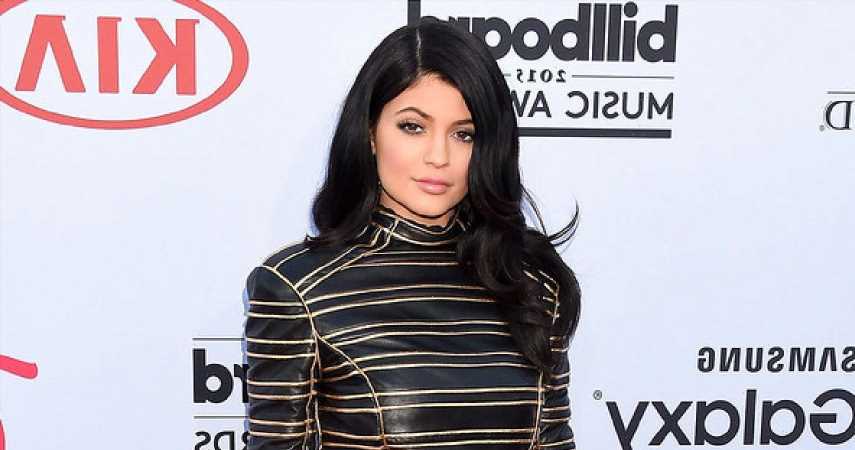 Kylie followed up the video with a series of posts showing off the new collection. In one photo, the reality star is dressed in a Freddy Kreuger-inspired one-piece. Kylie rocked a long, pointed manicure reminiscent of Freddy’s infamous claws.

A different video showed off the makeup in detail, which comes in retro VHS-shaped packaging. The collection features three new lip kits and a pressed eyeshadow palette featuring glittery reds, oranges, and pinks. The line also includes a false eyelash as well as a lip and cheek jelly stain.

According to Page Six, the Nightmare on Elm Street collection will be available on the Kylie Cosmetics website on October 12th at 3 p.m. PST. They’ll be on sale until supplies run out.

It’s unclear how many quantities Kylie has ordered, or much her company hopes to make from the collaboration. However, it’s likely to be in the millions. In 2018, High Snobiety reported that Kylie Cosmetics made approximately $10 million from her Birthday Collection.

Kylie Cosmetics has only grown in popularity and size since then, so it’s conservative in predicting the Freddy Krueger collaboration will make at least eight figures or more.

Then again, the recent controversy Kylie has had with her newly-launched swimwear brand, Kylie Swim, may dissuade consumers from shopping for her new makeup collaboration. Earlier this month, we reported that shoppers had criticized Kylie Swim’s suits for being of poor quality.

Some of the complaints included that the material was too sheer, so much so the inside Kylie Swim label can be seen through the fabric, while others have pointed out loose threads and fragile seams.

Despite Kylie Cosmetics’ popularity, the makeup brand has been accused of having quality control issues in the past. In 2016, many shoppers reported receiving defective brushes, Celebuzz notes. Photos posted online showed the lip kit applicators frayed and unusable. Kylie Cosmetics later responded to the controversy to say that everyone who received defective brushes would be getting a replacement shipment.

The next year, some Kylie Cosmetics customers filed complaints with the Better Business Bureau complaining the products smelt like chemicals, such as ‘spray paint’ or ‘paint thinner’, TMZ reported. The company later responded to reassure shoppers all of their products were safe for use, despite the allegations.

If Kylie’s businesses continued to be called out for poor quality and business practices, then the reality star’s billion-dollar net worth may not last forever.