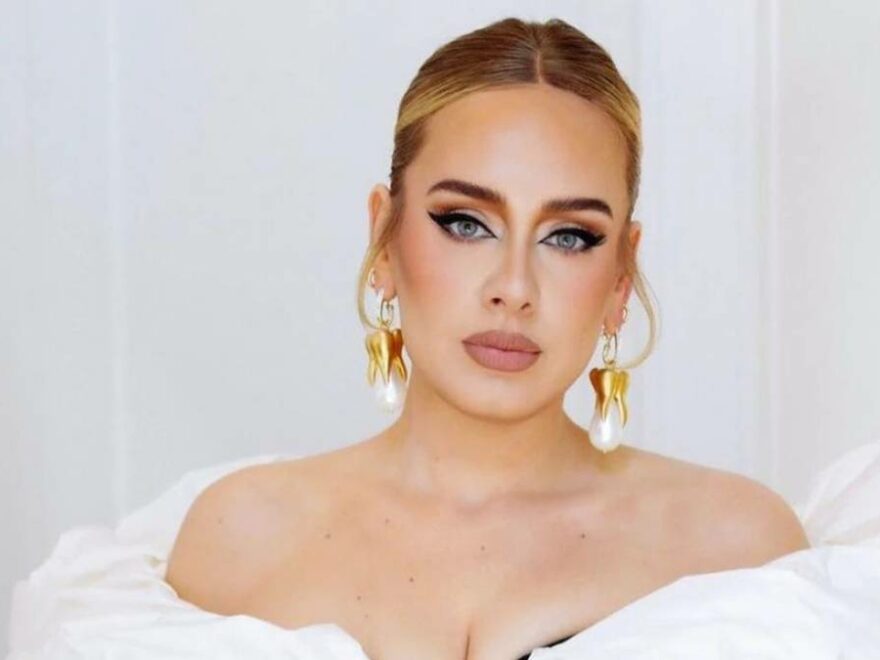 Adele fans are counting down the days until the release of her new single Easy On Me on October 15.

And now the pop superstar has shared a surprise snippet of the tearjerking song – this time revealing some of the lyrics.

Adele first teased the song on her Instagram last week, sharing the piano intro to Easy On Me.

Over the weekend the singer had an hour to kill before an interview, so she hopped on to Instagram Live to chat with fans – and towards the end she treated them to about 40 seconds of the new ballad.

“There ain’t no gold in this river/ That I’ve been washing my hands in forever/ And there is hope in these waters/ But I can’t bring myself to swim when I am drowning in this silence/ Baby, let me in,” Adele can be heard singing in the clip.

Thousands of followers tuned in to listen, including some familiar names such as Alicia Keys, who commented “snippet vibes” and Ben Platt, who summed up how we were all feeling with “IT’S HAPPENING”.

The artist also answered a flurry of questions about the new track and her next album, which fans believe is titled 30 based on billboards that have recently popped up in locations all over the world.

Adele didn’t want to “give too much away” about the upcoming album just yet.

“I do have a favorite song from the new album,” she teased. “But I’m not gonna tell you what it is ’cause you don’t have the track list yet.”

“I’m excited to get it out into the world at last,” she added.

She shared that the album is “dropping soon. Don’t you worry”.

Although she’s previously said the new album isn’t primarily a “divorce record”, during the Instagram Live she told fans it was based on “divorce, babe. Divorce”.