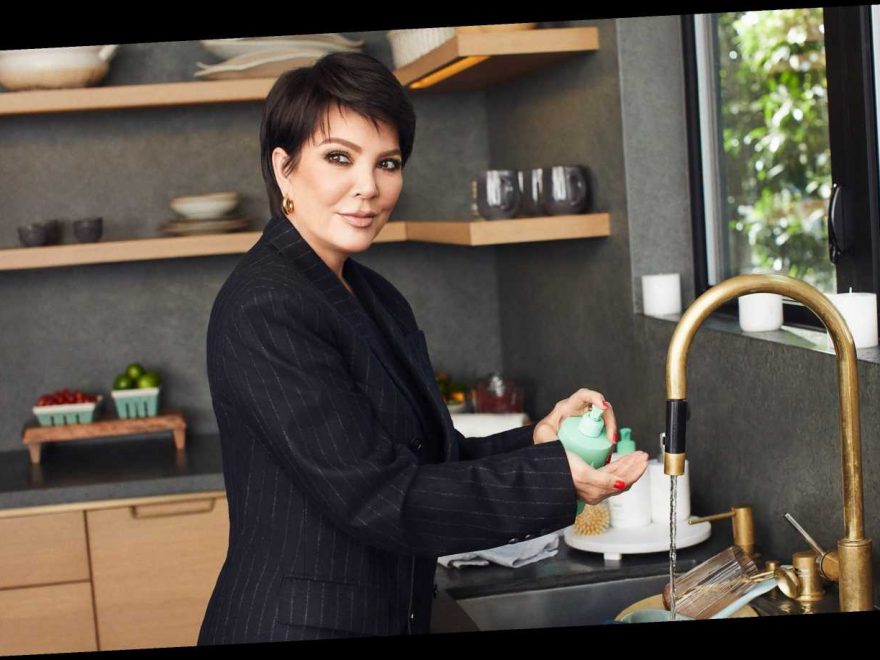 When the pandemic hit, more than a year ago, one of TV’s most famous matriarchs went into mom mode. Kris Jenner, who’s among America’s richest self-made women, according to Forbes, has six children who have all appeared on the family’s reality series “Keeping Up with the Kardashians.” The show concludes with its 20th season this year.

“I’m always looking at the glass half-full, and I’m really an optimist,” Jenner 65, tells USA TODAY. “I always think that everything is gonna be OK. And it’s really my job as everyone’s mom to make sure that everybody stays calm and we understand what’s happening.”

She says the pandemic has been “very challenging” for her and her family, “like it was for everybody else.”

“Nobody knew what was happening,” she recalls. “You never knew when it was going to be over, and you see so many people struggling with the whole situation. I felt really, really blessed that I was in a situation where I wasn’t in fear of losing my job, or I wasn’t in fear of some of the things other people had to deal with.”

Hairstylist Jen Atkin talks debut book, what the mother of all momagers, Kris Jenner, taught her

How ‘Keeping up with the Kardashians’ changed reality television as we know it, dolls

Kris Jenner's long-running reality series "Keeping Up with the Kardashians," may be ending, but she has plenty to hold her focus, like her new company, Safely. (Photo: Mike Rosenthal)

Last year on “Keeping Up,” viewers saw her daughter Khloé Kardashian battle COVID-19. Khloé’s older sister Kim Kardashian, also spoke out in October about how “scary” it was when her (now) estranged husband, rapper Kanye West, contracted the virus. (Jenner is an executive producer on the long-running E! series.)

Jenner’s concern for her family spurred her latest venture, Safely, a line of home cleaning products and self-care items that are “plant powered” and prioritize scent. The brand offers hand soap and hand cream, sanitizer, laundry detergent, glass cleaner and a universal cleaner. Items range from $6-14 and can be purchased starting Thursday.

“As my family members started to get COVID, it became even more important, obviously, to me as a mom and a grandmother and wanting for everybody to be safe, and OK, and clean, and protected,” Jenner says. “It’s a huge concern, I think for anybody, when you’re looking for an answer to an invisible enemy.”

Jenner applauds the opinionated Teigen for her outspokenness, which has come in handy for their partnership. After announcing their business venture to nearly 14 million followers, Teigen was knocked for teaming with Jenner and accused of being “tone deaf.” Reaching her limit with Twitter critics, Teigen decided to delete her account entirely. “It’s time for me to say goodbye,” she posted before her exit.

“This no longer serves me as positively as it serves me negatively, and I think that’s the right time to call something.” She wrote: “For years I have taken so many small, 2-follower count punches that at this point, I am honestly deeply bruised.”

Jenner praises the “Cravings” author for having “her own commentary and her own, original Chrissy Teigen take on things. She’s so funny, and she makes me laugh constantly.” To Jenner, Teigen is someone who is “so joyful” and “looks at life with a big smile on her face all the time.”

The two launched their new company with a raunchy ad in which Teigen pitched the momager business ideas – including a son-in-law repellent – which the reality star shot down with the help of a rubber hand she used to “slap” Teigen across the face.

Jenner welcomes being in on the joke. “I think you can never take yourself too seriously,” she says.

“I’ve always been able to make fun of myself and poke fun at different situations,” she says. “I think that’s one of my coping mechanisms. I think that’s the way I get through life, too, is by never taking myself too seriously, never feeling like I’m putting too much importance on the wrong things.

“I try to be really level-headed and think things through,” she continues, “but it’s one of the ways that I’ve been able to get through a lot of different chapters in my life, is if you can’t laugh at yourself, then you’re in trouble.

“I’ve gotta laugh at some of the things that have happened, and sometimes I don’t laugh while they’re happening, but I can certainly figure it out later and look back and think, ‘Oh my goodness, you know, that was funny.’ You gotta look at it like that or you’ll go crazy.”

For the COVID pandemic we wear masks. For the pandemic of gun violence, what do we do?

Michael Phelps on the pandemic’s impact on mental health struggles: ‘It honestly destroys me’