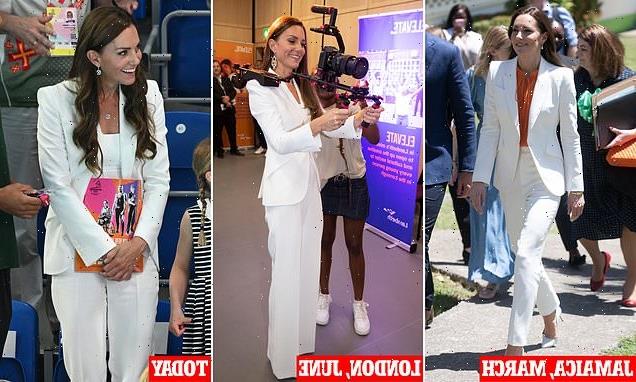 The Duchess of Cambridge once again demonstrated her thrifty approach to dressing by re-wearing a favourite suit for the Commonwealth Games today.

Kate Middleton, was joined by her husband Prince William, both 40, and their daughter Princess Charlotte, seven, at the Sandwell Aquatics Centre in Birmingham, to watch the swimming heats.

The royal mother-of-three opted for her trusty £1,945 white Alexander McQueen blazer and matching trousers when attending the tournament.

She first wore the ensemble in Jamaica, in March, during her and Prince William’s Caribbean tour, before again sporting the outfit to attend a series of engagements to mark Windrush Day in London. 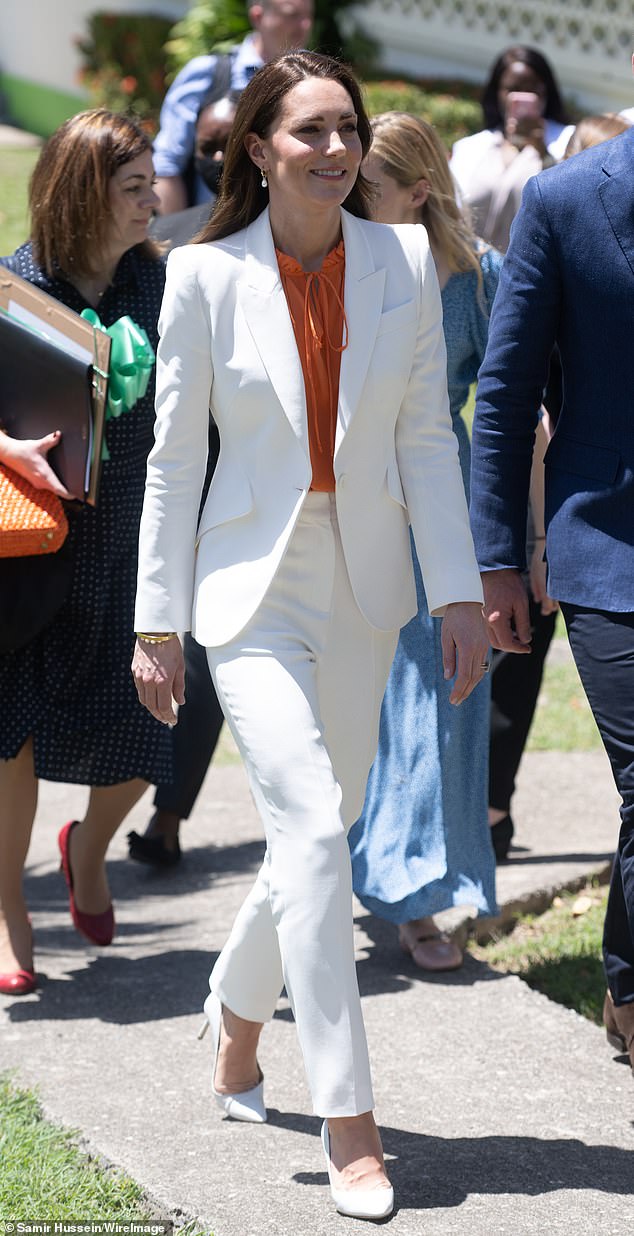 She first wore the ensemble in Jamaica, in March, during her and Prince William’s Caribbean tour (pictured) 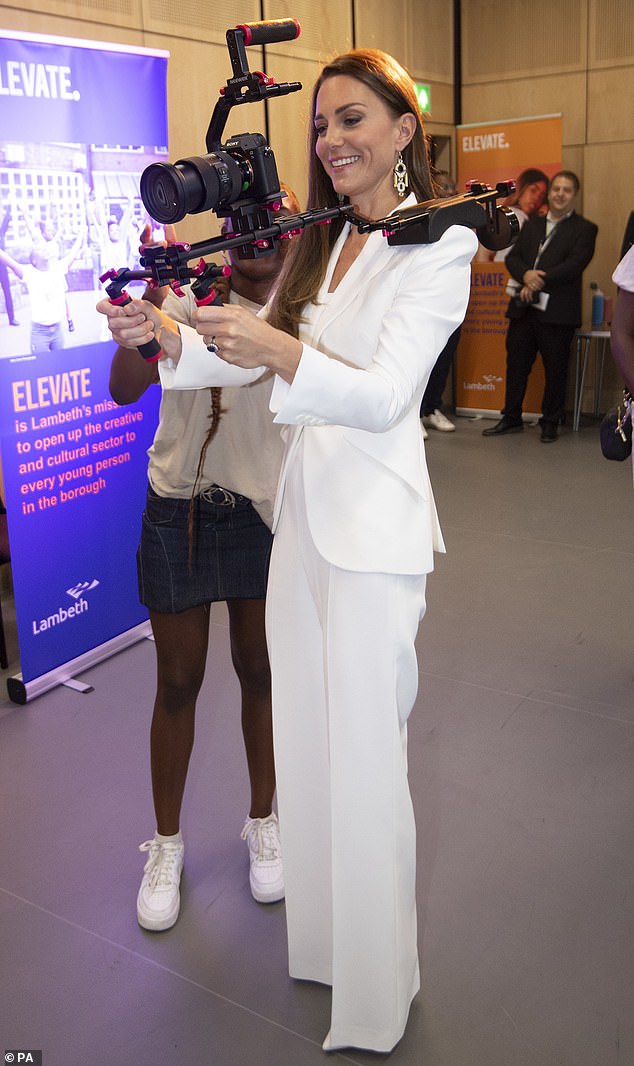 Kate has a close affiliation with Alexander McQueen having worn the British fashion house’s designs on notable occasions, most famously to her wedding in 2011.

Online, the blazer is described as ‘a testament to Alexander McQueen’s expert tailoring skills’ with ‘strong shoulders’.

The designer describes it as ‘perfect for a city hall wedding.’

Proving she’s a Queen at colour co-ordination, the Duchess paired the ensemble with a white blouse.

Adding a touch of glitz to her attire, she completed the look with a matching silver necklace and drop earrings.

She added a touch of makeup to her features and kept her hair in loose waves. 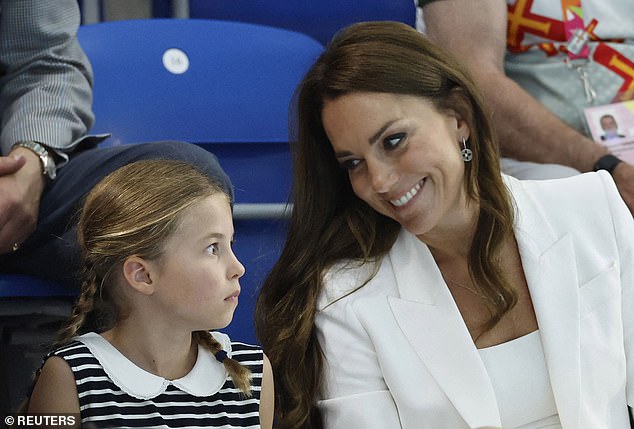 A moment with Mum! Princess Charlotte appeared amazed by the entire afternoon out, gazing around with wide eyes while her mother watched on 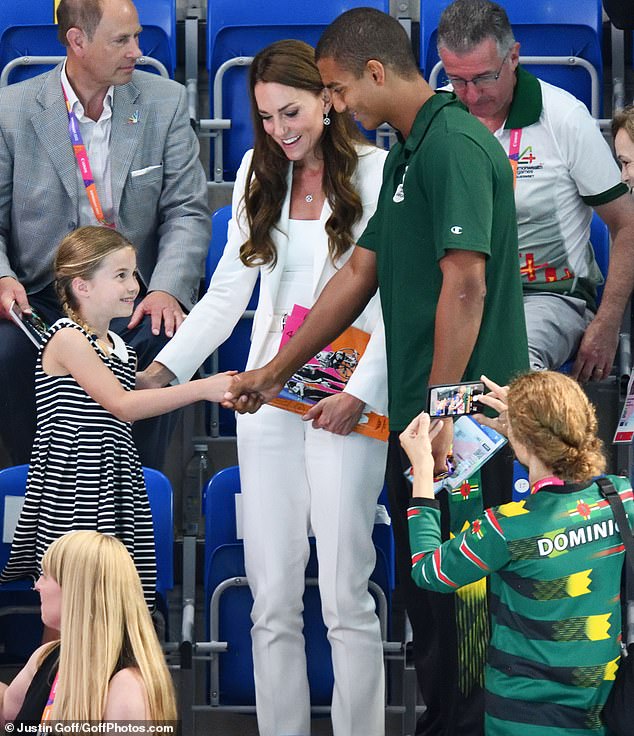 Already practicing the royal handshake! The confident seven-year-old chatted with those attending the event in Birmingham today 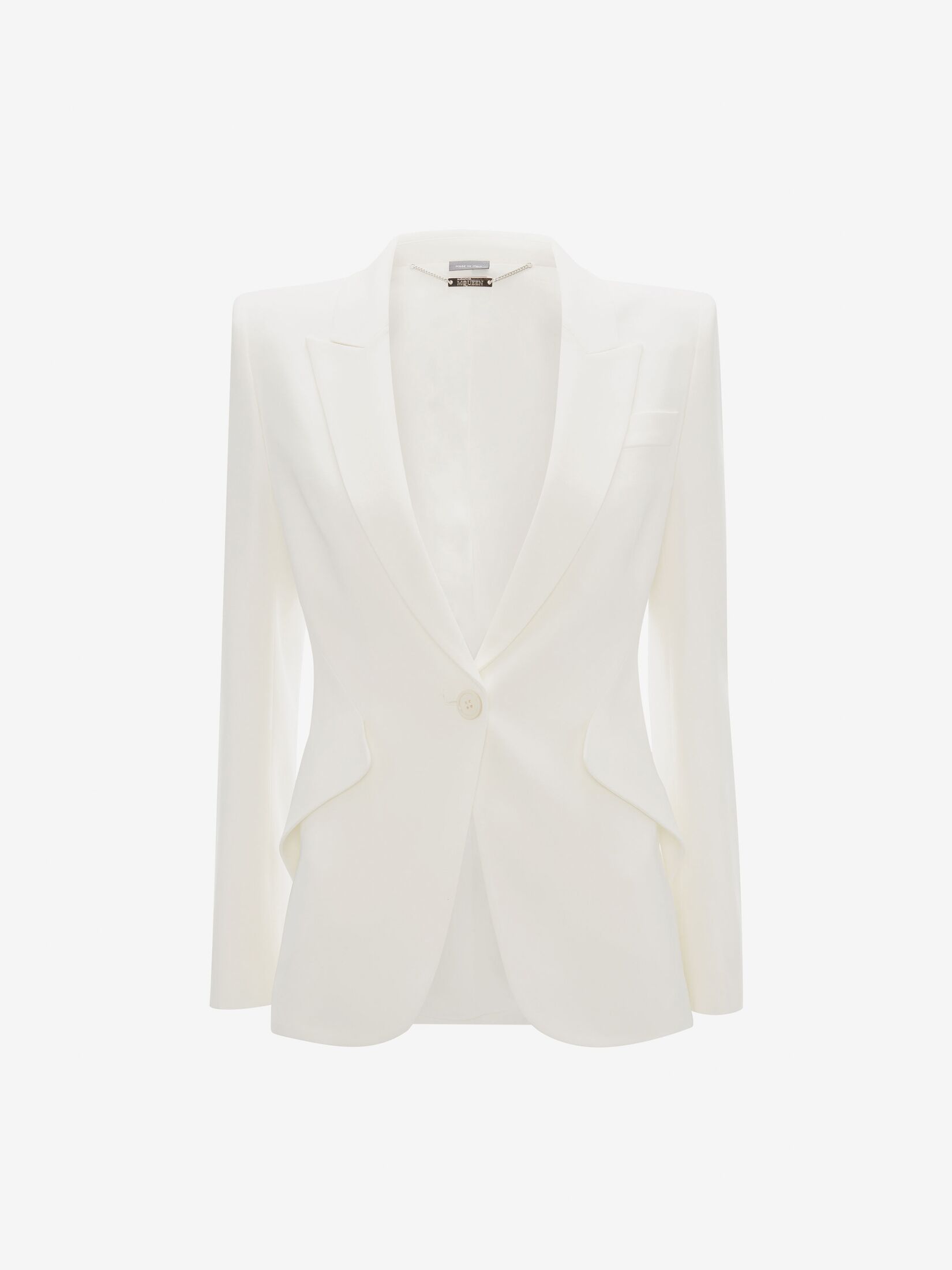 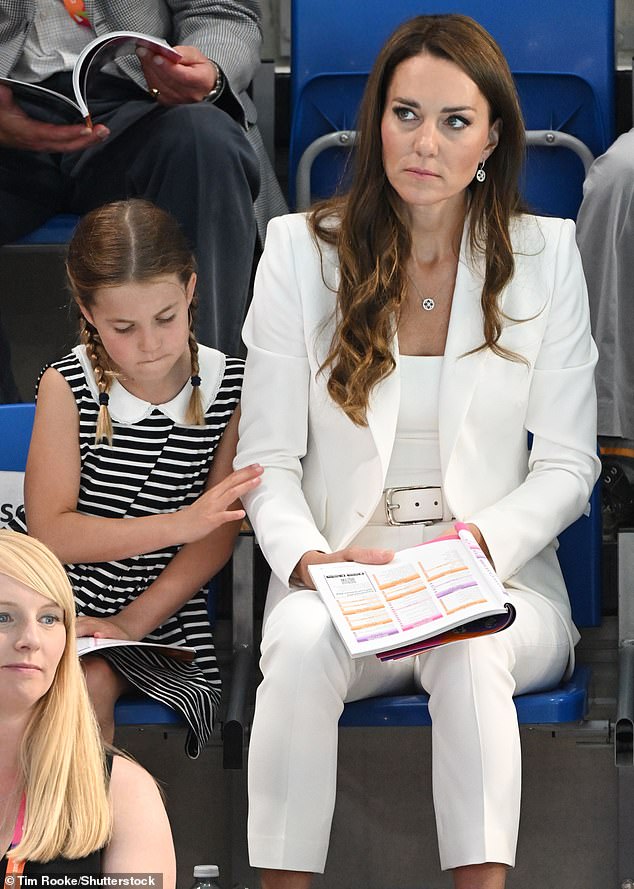 At one stage, the little royal lent across to touch her mother’s arm while they looked at the programme of events for the afternoon

In May, stylists revealed how a white suit has become a new must-have for royals after Kate, Meghan Markle and former Princess Tessy of Luxembourg all wore the ensemble this season.

The Duchess of Cambridge appeared to kick off the trend during her tour of the Caribbean in March, when she was dazzling in the £1,370 fresh white jacket with matching £575 trousers by Alexander McQueen.

Weeks later, the Duchess of Sussex, sported a £3,200 Valentino white suit as she stepped out at the Invictus Games in The Hague.

And then in May, both Tessy Antony De Nassau and Princess Isabella of Denmark stepped out in white ensembles for different events.

Celebrity stylist Rochelle White told FEMAIL the suit has become a ‘timeless piece’ which gives off a ‘powerful and successful look’. 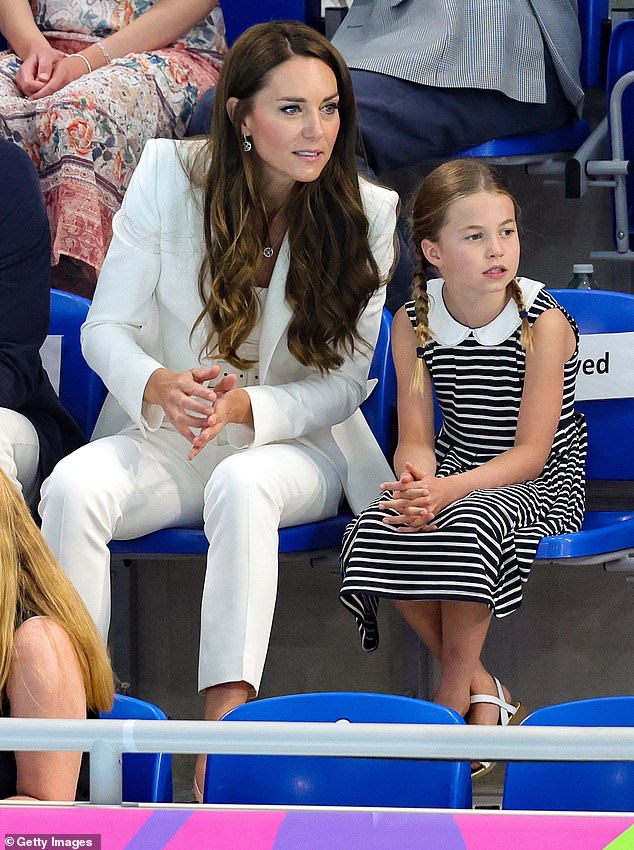 While Princess Charlotte was dressed in a striped black Rachel Riley dress, her mother Kate opted for a smart white suit for the outing 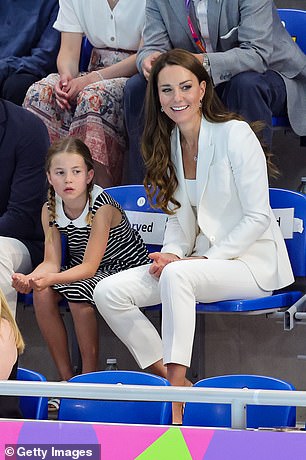 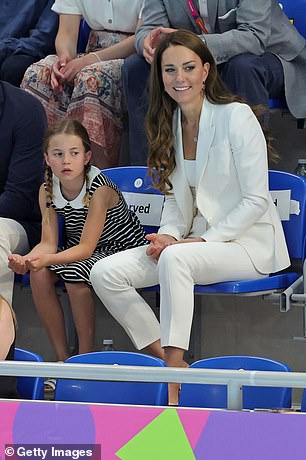 ‘Sometimes, suits can be seen as powerful and give off a successful look and feel, even sometimes can be seen as having it all together. This look has been worn by many celebrities, models and royals,’ she said.

The Duchess was in high spirits as she arrived at the tournament alongside her husband the Duke, and their seven-year-old daughter, where they took their seats in Sandwell Aquatics Centre to watch the swimming heats.

Meanwhile Princess Charlotte, who was wearing a £44 Rachel Riley dress, appeared delighted to be attended the contest, gesturing wildly to her parents as they sat in the stands.

Today’s occasion marked the first time the little Princess has joined her parents for a solo outing without one of her brothers, Prince George, eight, and Prince Louis, four.

In a cheeky display, the seven-year-old could be seen clapping along enthusiastically, sticking out her tongue and gasping at moments of action – while her mother tenderly tucked locks of her hair behind her ear which had fallen from her neat plaits.

The little royal is proving to be quite the sporting fan – days ago, she joined her father for a video message in sending her best wishes to the Lionesses ahead of the Euro 2022 final.