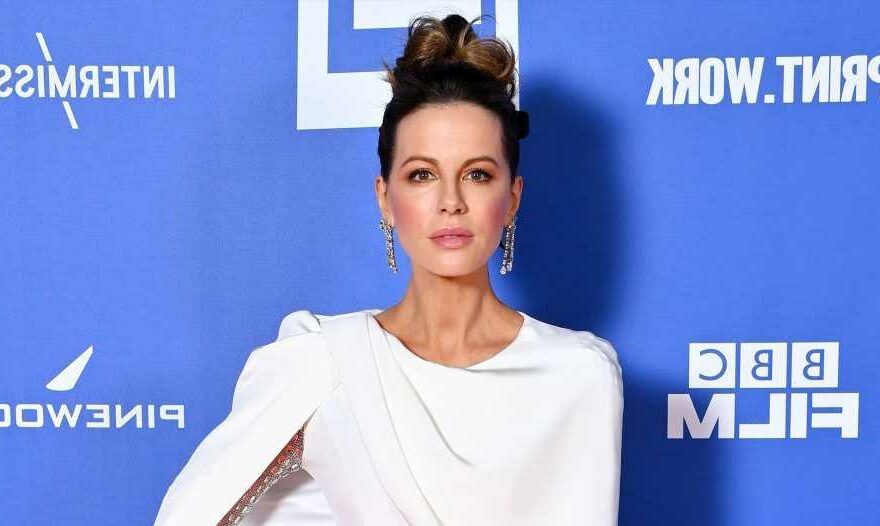 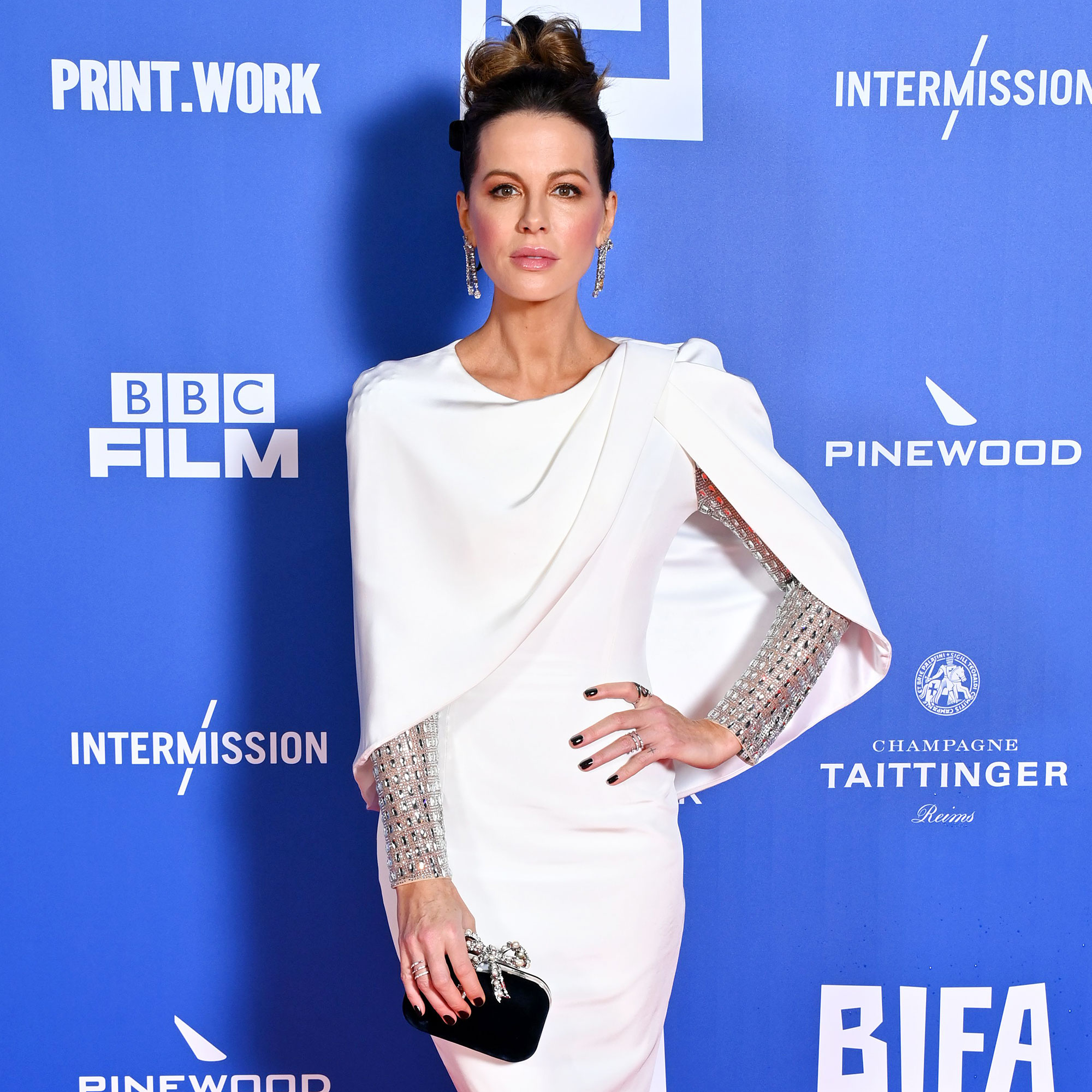 On the hunt! Kate Beckinsale was on a mission to entertain her 5.1 million Instagram followers, so she made the decision to take them along for a little lingerie search.

Kate Beckinsale Refuses to ‘Dumb’ Herself Down to Not Offend Others

The 48-year-old actress decided to get all dolled up for her outing, putting on black skinny jeans, a white crop top, insanely tall Louboutin heels and a fur coat. When it came to glam, she styled her hair in a chic messy bun.

Once she was all done up and ready to go, Beckinsale grabbed her cat Clive (who was dressed in an adorable neon green sweater we must add) to go searching for some sexy lingerie. 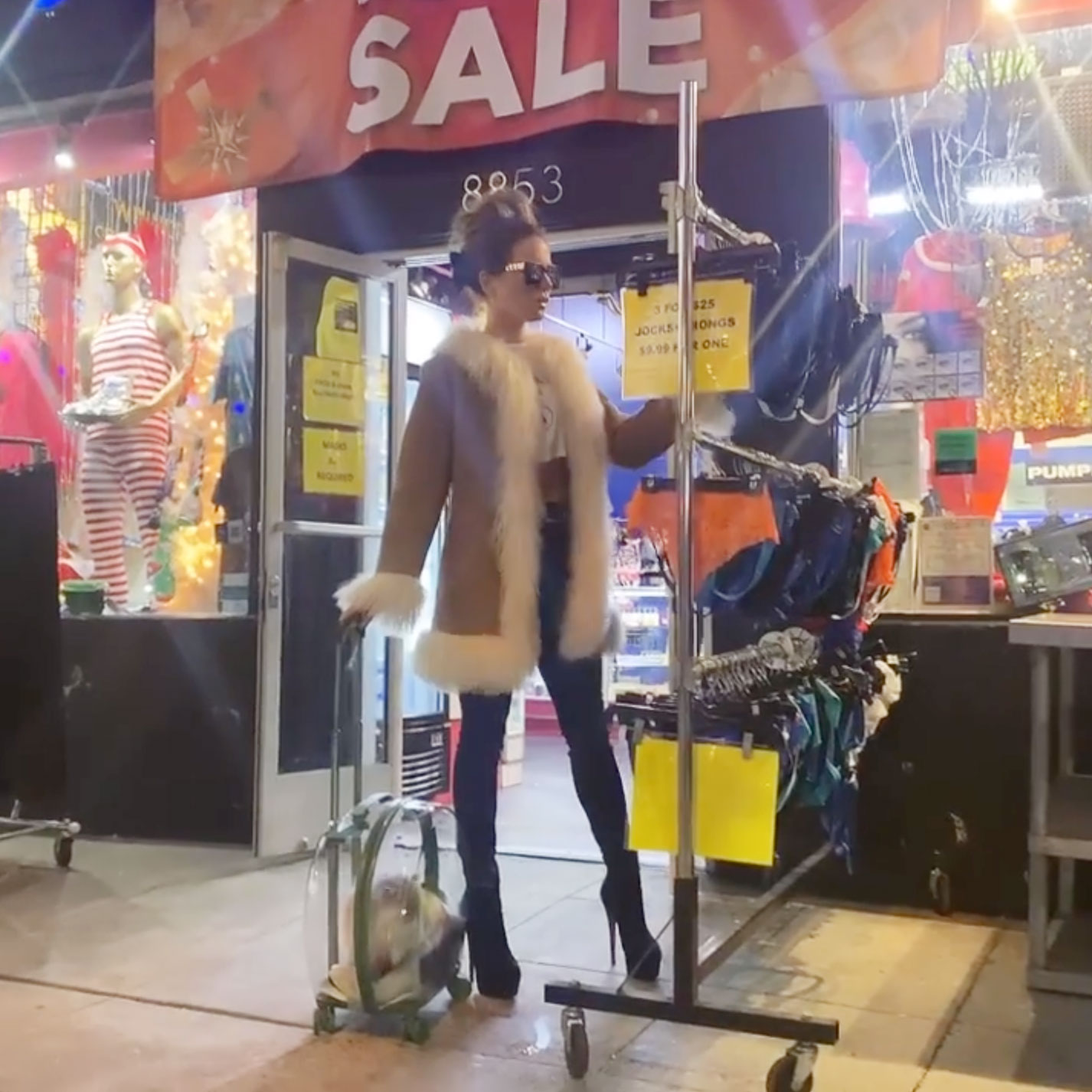 But instead of popping on over to Victoria’s Secret or La Perla, the Underworld star paid a visit to a discount lingerie store where she had the opportunity to scoop up three thongs for a total of $25. While she did her fair share of searching, the actress inevitably decided to forgo any purchases. Instead, she stormed off with Clive in tow.

Meet the Men! A Look Back at Kate Beckinsale’s Love Life

Lucky for Us, Beckinsale decided to document this very comical excursion, sharing the 10-second clip via Instagram on Monday, December 20. Naturally, fans quickly became obsessed with the video, taking the comments section by storm.

“Love your outfits, those heels, that kitty,” a user wrote, while another said, “How the hell do you walk in those boots!!!” Another added: “This is the amount of fabulousness with which I aspire to face every day.”

Other couldn’t get over the fact that the Guilty Party star brought her cat along for the ride. “WTF you doing with that cat,” a follower questioned, while someone else said, “How cool is that, to bring your cat with you. Traveling in style, I must say.”

Beckinsale’s cats Willow and Clive are style icons in her own right, as the Pearl Harbor star has created quite the extensive wardrobe for her pets. From maid costumes and pumpkin outfits to grungy motorcycle sweaters, her furry friends have some seriously fabulous looks in their repertoire. In fact, they have even had some matchy-matchy moments throughout the months.

Meow! Celebs Who Are Obsessed With Their Cats

Giving her cats a wardrobe makeover emerged as an activity during the pandemic. “That’s what happened to me in the pandemic,” she joked on a July episode of Live With Kelly and Ryan. “That’s what took the toll.”

She went on to say that dressing up her pet takes all of “12  seconds” so she can do it even on “busy days.”