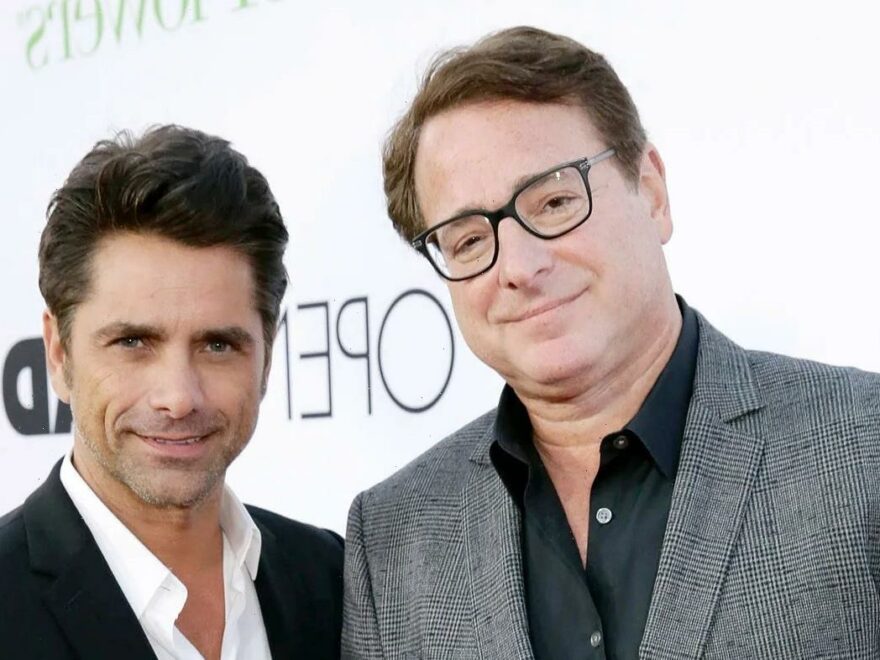 Beloved by fans the world over. John Stamos exclusively opened up to Us Weekly about his close relationship with Bob Saget — and how the late actor wasn’t aware of the full extent he impacted fans.

‘Full House’ Cast’s Quotes About Bob Saget Through the Years

“When he went, you know, like the tsunami of love that this guy received blew all of us away,” the Full House alum, 59, told Us about his late costar, who died in January at the age of 65. “It was the only time I’ve ever been jealous of him ‘cause it was like, wow.”

Stamos believes, however, that Saget didn’t see the enormity of that love when he was alive. “But the bummer was, he didn’t know. I don’t think he knew how loved he was,” the Big Shot actor told Us. “And I wish that you could sort of bring him back and sit him down and … you know, read everything, I’m sure he’s seeing everything. ‘Cause I can hear him complain sometimes if I’m very quiet from heaven. He’s like, ‘What, why did you say that, John?’”

The musician has long been candid about his friendship with the late comedian, whom the Saget family told Us in February died from “head trauma.”

“[The authorities] have concluded that he accidentally hit the back of his head on something, thought nothing of it and went to sleep,” the family continued in the statement. (At the time of his death, the former America’s Funniest Home Videos host was staying at a Florida hotel while on tour.) “No drugs or alcohol were involved.”

Stamos, who has frequently referred to his late Fuller House costar as a “brother,” also revealed to Us that he is using Saget’s legacy as inspiration for his Big Shot character, Marvyn, a high school basketball coach.

“I wanted to sort of tap into what I felt about Bob and then Marvyn feels about his legacy. And then, you know, the girls then throw him sort of a memorial at a graduation, but they bring people back and … he realizes how, what he meant to everybody. And mainly he says to his daughter, ‘You are my legacy.’ So that was nice that we got to do that.”

‘Full House’ Stars: Then and Now

Stamos also told Us about how his late loved ones have sent him messages just when he needed them most.

“At my lowest point, I think about eight years ago, after my mom died … I was just looking around and I saw a note. It was just the perfect timing,” Stamos shared with Us. “And it says, ‘Life is an occasion. Rise to it. Don’t be sad because I died. Be happy because I lived.’ Wonderful.”

The Beach Boys collaborator, who is married to Caitlin McHugh (with whom he shares 4-year-old son Billy), also makes sure to look after his in-laws. His mother-in-law, he told Us, is on the low-carb keto diet — but fortunately for her, her son-in-law has an ongoing partnership with Arnold, Brownberry and Oroweat breads, which can cater to her preferences. While Stamos didn’t reveal if she eats his particular sandwich (“The Heartthrob Cobb”), one of the brands’ signature Small Slices can go a long way.

With reporting by Leanne Stanton