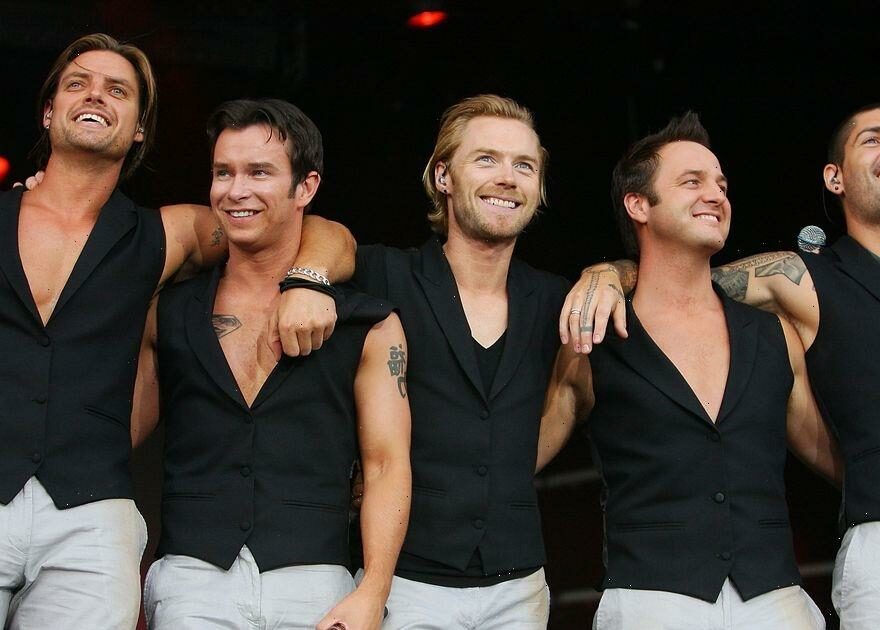 Irish boy band Boyzone first burst onto the scene in 1993 and since then have gone to make their mark on pop culture, with the band made up of Keith Duffy, the late Stephen Gately, Mikey Graham, Ronan Keating and Shane Lynch.

Now that the line-up are in their late 40s and have grown-up children of their own, it's time for them to pass the baton onto their offspring as they make a name for themselves.

Ronan Keating’s son Jack is starring in this year’sLove Island, but that’s not the only link to the TV world as Keith Duffy’s son has had a regular part inHollyoaks.

Most recently bursting onto screens has beenRonan Keating’s sonJackwho is currently on Love Island as a bombshell in Casa Amor.

Jack, 23, splits his time between Dublin and London, where he works in social media marketing, and is a keen rugby player.

Ronan, 45, is “buzzing” to see his eldest appear on the show and took to Instagram to write “let’s go”, ahead of Jack’s appearance.

Jack’s mum is model Yvonne Connolly who married Ronan in 1998, but the pair split in 2010 after the Boyzone singer had an affair with a backing dancer.

Yvonne also took to social media to wish her son well, writing: "Love island has been providing the entertainment and bringing the drama this season. Just when I thought I can't take anymore excitement my son Jack keating is heading in to Casa Amor tonight (It was a hard secret to keep !!) #GoJacko".

Ronan’s daughter Missy is also in the limelight and works as a model and actress, and like her brother, splits her time between London and Dublin.

She plays the guitar in music duo GGMK with her pal Georgia Gaffney, who plays the piano, and appeared on BBC's talent show The Voice in 2019.

Rumours swirled earlier this year that Missy was due to appear on Love Island… though at the moment her brother has taken up that role.

The youngest of Ronan and Yvonee’s children is 16 year old Ali who is a keen competitive horse rider. In 2018, her mum revealed she had broken bones after a fall from a horse.

Keith Duffy’s first child, Jordan – shortened to Jay – was born in 1996, two years before his parents married in Vegas.

The 25 year old followed in his dad’s footsteps by becoming an actor and spent a year on Channel 4 soap Hollyoaks.

He also had a small part in Vikings and appeared in the popular Derry Girls.

In March, Keith, 47, revealed his son landed a part on the “biggest streaming show in the world”. He refused to name it but added: “Next year I think he’ll blow up in America.”

As a result, Keith is a big supporter of autism charities and founded the Keith Duffy Foundation, as well as campaigning for better support for autistic children.

Mia, 22, has flourished and is currently in her final year at university studying enterprise computing and has landed a job with a prestigious US company.

Mikey Graham has one daughter, Hannah, 25, and earlier this year announced he’dbecome a grandfather when Hannah gave birth.

He revealed the new mum had decided to name her adorable little girl Bonnie, as grandad Mikey, 49, gushed over the "stunningly beautiful" tot.

In 2010, Mikey revealed Hannah – then 14 – was a talented musician but he was trying to encourage her to go into dentistry.

They are parents to two girls, Billie Rae, 13, and Marley Mae, nine.

They also own an Irish bar in Knutsford, which is housed in a renovated 300-year-old building, as well as a supercar business.