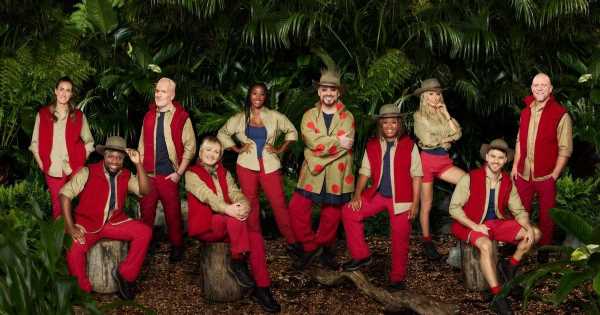 ITV really know what they're doing when it comes to putting the I'm A Celebrity…Get Me Out Of Here! contestants through their paces.

And in between the lack of sleep, limited food and terrifying challenges, it's an actual miracle that the 10 celebs make it one night in the jungle – let alone to the end of the show.

As Olivia Attwood was forced to leave the jungle after not passing the exam, many are wondering what it actually take to survive the jungle, and how many medical tests do the contestants have to pass before they're deemed fit and healthy enough to enter the I'm A Celeb camp?

Dr Daniel Fenton, GP and Clinical Director at London Doctors Clinic, told Cosmo the physical and mental tests he would recommend to ensure a celeb could make it through the stint down under. Although he has no affiliation to ITV, it's probably a good idea of what they have to do.

"I’d be worried about allowing someone into the jungle if someone had a Body Mass Index of below 18.5 or well above 30," Dr Fenton begins.

"Whilst there's not necessarily a minimum or maximum weight limit, I'd want to make sure that the celebs were able to withstand weeks of eating much less than normal".

Dr Fenton says a quick check of the kidneys are key to make sure the celebrities can withstand the dehydration caused by jungle heat.

He said: "To test this we would look at Urea and would be happiest if results were under 8 whilst results for Creatinine are desirable at less than 110. For eGFR, we’d want a level of 60-90+ to make sure there is no suggestion of acute or chronic kidney disease."

Due to the nature of the Bushtucker trials and the physical expectations of being in the I'm A Celeb jungle, Dr Fenton says it's vital to have "a physical check of heart and lungs including an ECG to check for irregular heart rhythms. A spirometry would also be used to measure lung capacity – where I’d be happiest with a Forced Vital Capacity of 80% or more of age predicated value."

He also says: "Blood pressure would need to be in a nice healthy range as stress, unusual diet and lack of exercise and disturbed sleep may increase blood pressure", Daniel details.

"Even more importantly, it needs not too be too low, as dehydration and lack of food can also make blood pressure drop and make you more likely to faint. For optimal blood pressure, I’d want 120/80 but for those on blood pressure medication, less than 140/90 would be sufficient."

"We also take our stomachs for granted", Dr Fenton says of the challenging conditions in the jungle. "Making sure contestants don't have an irritable bowel or bowel condition is very important as worms and eyeballs [in trials] will surely definitely play havoc on the guts."

I'm A Celeb can be as challenging mentally as it is physically, and Daniel adds that in order to survive their stint in the jungle, campmates must be mentally stable, which is why he'd recommend a check up on their well-being before going on the show.

He explains: "An overview of Mental Health to ensure there is no history of severe stress, anxiety or depression or other significant disorders such as psychosis, as starvation and the wilderness can really take its toll! You would be surprised how much an effect being stranded with strangers can have on emotional wellbeing and it may contribute to anxiety and panic attacks."

ITV has previously explained they would never confirm or comment on the medical examinations celebrities are put through, on or off the show.