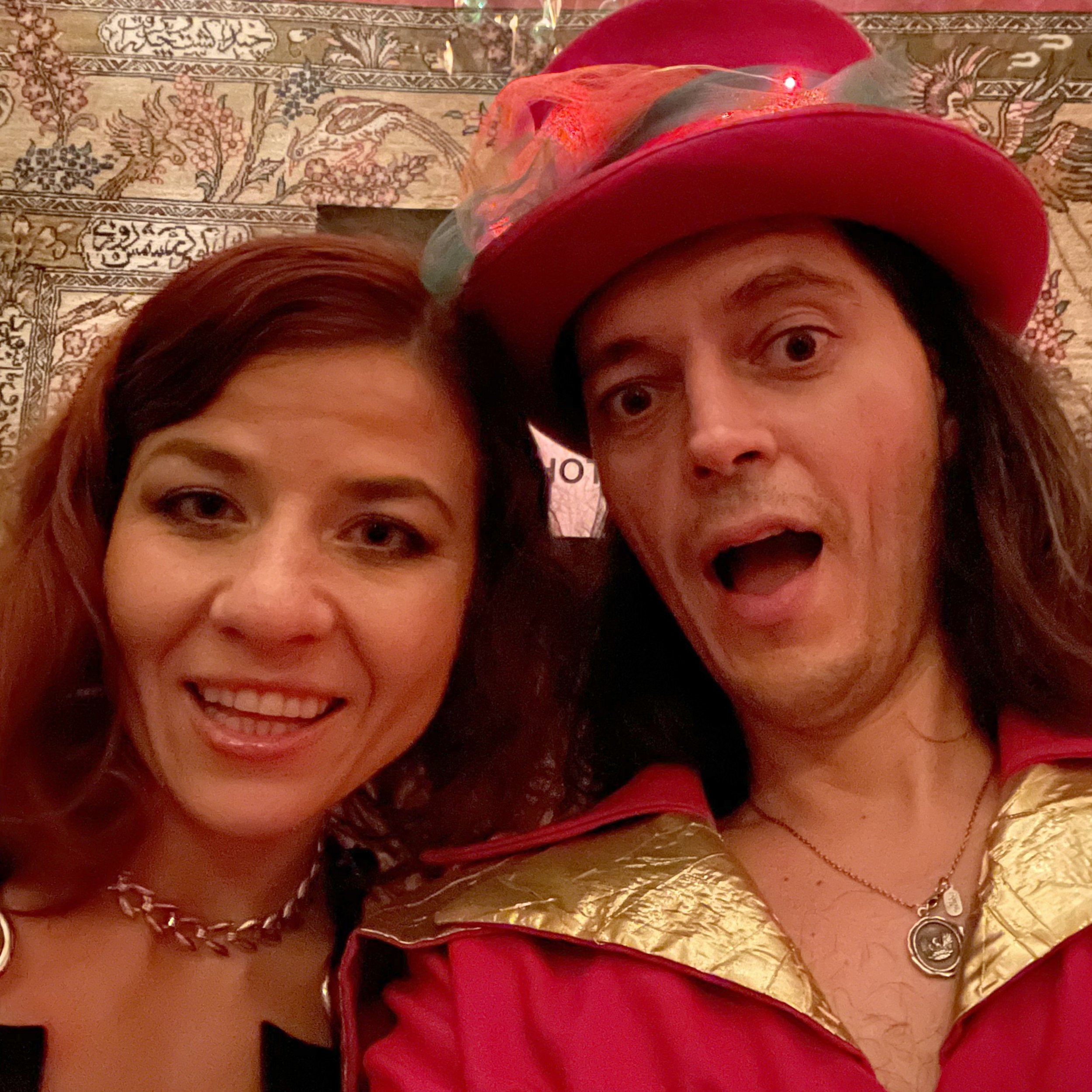 This couple believes that having sex with strangers has been a key factor in their happy marriage, after opening their relationship in 2017.

Paulina Tenner, 37, and her husband, Daniel, 41, had been married for four years when they discussed polyamory, and say the decision to date outside their partnership improved their relationship exponentially.

The couple, from Hackney, London, decided to explore ethical nonmonogamy as they both want to see their partner fully alive, flourishing, and living life with all its pleasures.

Paulina said: ‘It has helped us become more aware of our desires and boundaries, and therefore we can be more clear with each other about what we enjoy sexually and in relationships.

‘Human and sexual connection is one of the best things that life has to offer, and therefore we feel like we would be betraying each other if we were holding the other person back from this.’

The pair feel that a more open relationship model allows them to take the pressure off, as one person isn’t responsible for everything the other needs, and argue that ‘one person for the rest of your life’ ‘works for some people and it can be beautiful, but it isn’t the only successful relationship model.’

Paulina initially brought up the prospect of polyamory in 2016, expressing to Daniel that she wanted to explore connections with women.

They both separatelyattended tantric and relating workshops, coming to the joint conclusion that an open relationship was something they wanted.

At the time, Paulina was working as a burlesque dancer, which she credits for starting her ‘sexual awakening’. And despite this feeling of freedom she was nervous to tell Daniel her desires, but thankfully found he was accepting and understanding.

She said: ‘I discovered I was bi-curious and after openly communicating this with Daniel and finding out he was comfortable with it, I went on a journey of exploring connections with other women

‘At first I was anxious about how he would respond as I didn’t want him to think I was a secretly lesbian and going to leave him, but he didn’t feel threatened.’

Daniel wasn’t comfortable with Paulina seeing other men when they first opened their marriage, but they now say they ‘don’t have to rely on rules’ due to clear communication.

‘Being transparent and open with each other is the key to our relationship,’ said Paulina.

‘We talk about everything whereas some people have a “don’t see and don’t tell” approach – but every poly couple is different.’

She added: ‘Opening our relationship has brought more juiciness and beauty to our lives. It has even brought us closer together because we have so much more to discuss and share with each other now.

‘We also learnt to focus on protecting the time that we spend together.’

While the couple says that polyamory has improved their relationship, they have also faced some struggles when adapting to this model of relationship.

Daniel said: ‘We have started focusing on protecting our time together because we got to a point where we were dating quite a lot of people and not prioritising us.

‘So we closed our relationship for a little while so we could work out and resolve our problems.

‘We experience bumps in the road in our relationship, as any couple does, but they are rarely because of being poly.’

As for jealousy, they believe because they aren’t scared of losing the other partner this hasn’t been a big issue.

Daniel said: ‘We feel joy when we see our partner feeling fulfilled by another relationship. In our books, if you really love someone you want them to be completely happy and have a wonderful life.’

The couple believes that open relationships can help avoid betrayal and cheating that happens in monogamous relationships, and that more people should consider alternative ways of being together.

Paulina said: ‘Instead of remaining in an unhappy relationship and cheating on your partner because you aren’t fulfilling each other’s needs, people should be more aware and accepting of open relationships and this is why we are speaking out about our story.

‘I was even doubting myself at the beginning because I was brought up as a catholic and one of my values was to have one core relationship for life and it had been like that in my family for generations.

‘I wasn’t sure if I wanted to change that, but since doing so it has been the best both a gift and a growth opportunity.’

The pair are now considering starting a family, and plan to be honest about their poly lifestyle if they do have children.

Rush Hour Crush – love (well, lust) is all around us

Tell us about your Rush Hour Crush by submitting them here, and you could see your message published on the site.