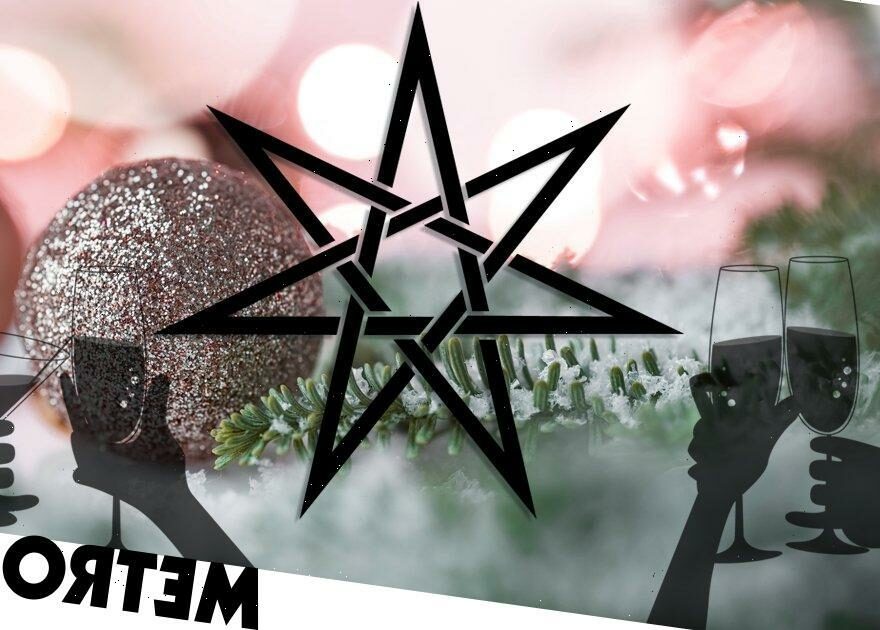 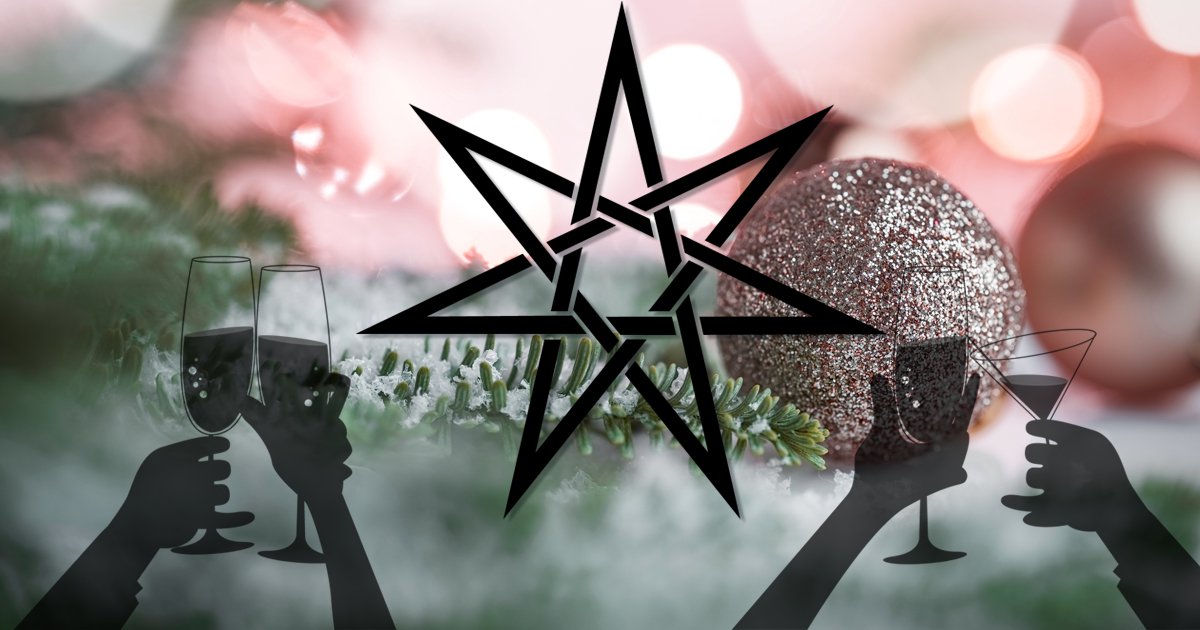 At Christmas time, family and friends come together to celebrate the occasion.

While it’s great to gather with loved ones, these reunions can be somewhat fraught. From batting away questions about why you’re ‘still’ single to dealing with relatives whose views couldn’t be further from yours, the mish-mash of people around us over the festive season makes for some tense situations.

It can also make for a lonely or isolating time, with the focus on the ‘traditional’ at Christmas potentially alienating those who don’t feel like they fit in.

This is the case for many otherkin – people who identify as non-human – who often have to explain their identity (or keep it hidden) over the holidays.

The definition of otherkinity can vary depending on the person, but most people who describe themselves as otherkin believe their human form doesn’t match their true identity.

Some identify as animals (therians), while others identify as mythical or spiritual beings such as angels, fairies, aliens, or elves. It’s a broad spectrum, with some otherkin of the opinion it’s based around reincarnation, others who see a psychological reasoning behind it, and others who believe they’re ‘trans-species’.

Perhaps due to societal views and perhaps because of personal feelings of dysphoria, otherkinity can be a taboo topic to bring up IRL.

As a result, support groups and messageboards have proliferated online over the years, giving people an outlet to discuss their identity without fear of judgement.

We reached out on one of these forums, with the aim being to shed light on a little-understood community.

From how they bring up otherkinity to relatives to kin-specific celebrations, here’s how otherkin are spending this Christmas Day.

‘Otherkin is an umbrella term and there is debate on whether some groups should use different terms for their experiences. As such there’s going to be lots of differences in how much kin stuff affects Christmas.

‘In my own case I can’t be open about my kintype at any time of the year because I’m what’s called a Spiritual Otherkin and the times I have tried to explain a bit about what I believe, my religious mom gets extremely upset and says hurtful things.

‘Due to medical reasons I’m unable to move out of her house at this time so I have to stay mum on the whole situation to keep the peace.’

‘I have been diagnosed with dissociative identity disorder, and all of my parts identify as non-human, hence why I’m in otherkin spaces.

‘My wife is aware. We don’t keep many secrets. The only other person who’s in the know is a friend who happens to do anthropomorphic art, and only since she took on a paid commission for me, and outright asked if I was otherkin.

‘Otherkin conversations don’t come up in my normal life. As for the rest, I tend to be fairly straightforward and blunt. I’m not hindered by social anxiety. I’ve spoken on stage in front of 10’s of thousands for unrelated reasons.

‘I have Coeliac disease, so must prepare a special meal, but that has zero to do with being otherkin.

‘As for, realistically, how being otherkin affects my Christmas time, since my outlet is collecting knick-knacks and small things related to the species involved, my wife likes to buy me stuff of the type. One year it was a coffee mug, another it was a little paintable ceramic figure. Another time it was hangable wall art.

‘Most of my friends and family know I like specific animals, and collect stuff related to them, but most have been lied to as to why, and given mundane answers.’

‘We have some “weird” (deemed by other people) family traditions though. For example we have a bake-off of sorts – all the women (and more recently the men) gather together and from 8am to 2am we bake cookies and squares at who ever has the biggest kitchen’s house.

‘Only my mother really knows I don’t identify as human, the rest of my family is pretty closed-minded – old-fashioned, if you please – about anything that isn’t in the realm of amatonormativity. And seeing oneself as other goes against “normal” standards both physically and relationship-wise in their eyes. But that doesn’t effect our interactions or the holidays really, it’s just annoying when LGBTQA rights come into the conversation.

‘As for just being different in general for Christmas I have to wear clothes. Usually, if I don’t need to wear clothes I tend not to. So that’s definitely a hassle.

‘All-in-all, I think we are rather normal boring beings, holiday wise and on a day-to-day basis; we just don’t identify as human.’

‘Only my partner knows I am an otherkin and because of that I can wear my “special costume” on Christmas as a gift to myself; the gift of freedom to be who I want.

‘But my family will never know as it can be hard to know who to trust. It was even hard to come out to my partner who still treats the whole thing with a little bit of skepticism (they think this might be a phase).

‘I have been told by outsiders that I am deranged, delusional and a mentally ill child looking for an escape from reality and trying to make myself special. When in reality I’m a fairly well adjusted 30 year old, well aware of my reality with no delusions about who I am as a human.

‘Being delusional would imply that I believe what isn’t true – that I AM the creature I wish to be. I am human, I know that. Much like being gay (which I am) I couldn’t help this and didn’t choose this. It chose me.’

‘In general the holidays have never been a big focus in my life, but I still celebrate since I love the togetherness of it.

‘I’m not open with family or friends personally. There’s just a level of judgement and dismissal that isn’t worth it, especially when it risks such a nice bonding time – for years we’ve avoided any drama as a family and I’m certainly not going to be the one to break that cycle.

‘It’s easy to dodge any awkward questions when the small things I actually do can simply fall under being eccentric; small charms, different dressing, and general decor changes are something the people close to me expect anyways.

‘Its likewise with food changes, when I get to have menu input it’s just a fun mixup to doing the same “traditional” food over and over again to them; my kintype leads to preferences of food that may not be “American” but is still quite delicious for the holidays.’

‘I’m elfkin, specifically a Galadhrim, and would like to celebrate the winter solstice and/or Yule, but my parents would disapprove of going against their traditions and beliefs. Weirdly enough, we don’t go to church. I don’t even know if they’re necessarily Christian-aligned, but their beliefs are.

‘I’m legally an adult but still dependent on them to an extent. They’ve screamed at me for being atheist, and I do like our Christmas traditions even though I’d like to create my own.

‘I may not ever tell them I’m otherkin, for my own wellbeing. If they can’t accept my lack of belief, they likely won’t accept my elvish identity.

‘That being said, I make the most out of our holidays. The only thing that slightly frustrates me are the remarks I get; I say I’m an elf in a non-serious way, I wear my ear cuffs, but I get comments about being “one of Santa’s elves”… Nothing against them, but I’m from a forest, lol.’

‘My type is wolf/dragon hybrid and I do identify as otherkin. I have previously just identified as a wolf therian, but was questioning whether there was some dragon in me, until recently.

‘I’m personally open to my status with my immediate and close family, as well as close friends. Generally we don’t really talk about it all that much anymore, so I don’t have any awkward conversations. One of my early Christmas gifts from family, though, was a wearable faux wolf tail, which I appreciated and loved a lot.

‘My otherkin species is omnivorous with a leaning towards meat, so it doesn’t really affect what I eat, except for giving me a preference for meats, especially when they’re a little less cooked.

‘I am not open with my identity, and I’ll be celebrating Christmas with my family – just your normal celebration, nothing special.

‘I mean, in my source material (I identify as a wolf/wind hybrid from the comic series Fables) that’s how my family celebrates it, too, so no complaints here!

‘The winter is always a special time for me as someone with a cold-related kintype as well, so I love the holidays.’

‘For Christmas I’ll be doing two major things. One will be with my parents where we’ll do traditional presents-under-the-tree followed by Christmas movies and a traditional dinner.

‘Sadly, my partner can’t join for it because he hasn’t yet permanently immigrated here (Canada) from Russia, so we are going to have our own Zoom Christmas while he’s in Russia.

‘I’ve sent him some presents, home-baked cookies, and things you can only find in Canada, and he’s doing the same for me, so we can open them on camera and just spent time together.

‘My partner is a therian like me (he’s a cheetah, I’m a timber wolf) and that’s how we met, and I feel really privileged to be able to say he’ll be here for good starting next year, so next Christmas will be all together.’

‘Those closest to me are already aware of my spiritual beliefs, and I predict we’ll all be having too much fun for there to be any awkward conversations.

‘Personally, I plan to make either beef Wellington, chicken curry, or sausage rolls.’

‘We identify as otherkin. Specifically, divinekin/alienkin. We’re spiritually kin – we were born as an elf on another world, killed, then brought back to be an angel, then fell, became a fallen angel, then killed another deity and thus became a deity. Fun times. Our otherkinity does not tie into our OSDD (other specified dissociative disorder).

‘Personally, we’re already as open as we can be. We don’t hide it, although neither do we walk up to someone and say “HI WE’RE OTHERKIN”. If someone asks, we’ll tell them, that’s it.

‘Otherkin are just folk. We all celebrate Christmas in different ways, like everyone else. Some don’t celebrate it, some only give gifts, some have different foods, some get mad that it was (potentially) stolen from the Pagans, some use different decorations – we celebrate just like others.

‘Personally, we don’t celebrate Christmas. Currently it’s because we live with our family, and they don’t celebrate it, but even if we did not, we still wouldn’t celebrate. We don’t have a connection to Christmas, but what we do have is religious trauma from our childhood, and none of that relates to our otherkinity.’