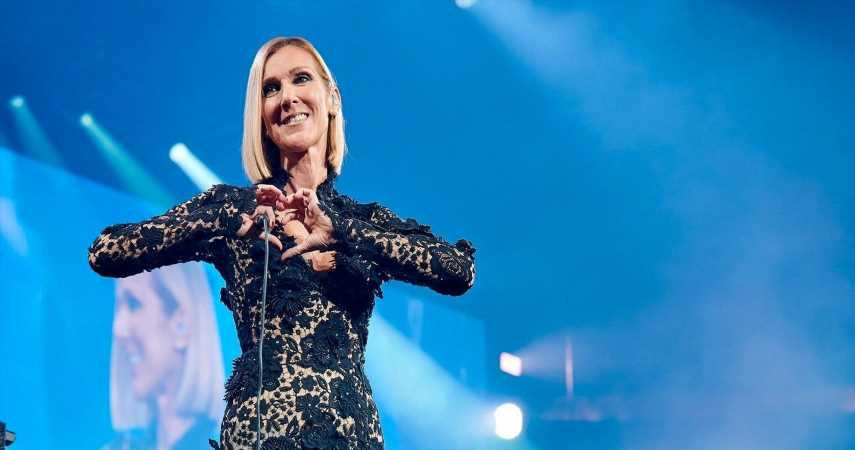 She’s known for her outspoken nature, fashion-savvy, and a set of pipes that earned her second place for the highest-earning musician behind Madonna. Celine Dion’s life has been dotted with extreme highs and lows, but her net worth of more than $800 Million boasts her business smarts and a keen eye for what the world wants.

The singer, actress, songwriter, and entrepreneur show no signs of stopping, and much to fans delight has recently announced plans to return to a Las Vegas residency. Though she called Las Vegas home through her 717-show A New Day series from 2003-2007 and again with a 399-show Celine from 2011 to 2019, her plans to return in Nov. of 2021 were sidelined due to a medical issue. Have no fear; the leading Las Vegas performer plans to return as soon as possible.

In the meantime, how has Dion continued to rake in millions per year, making her one of the most celebrated and ultra-rich celebrities of all time?

Believe it or not, becoming THE show to attend when spending time in Vegas has resulted in a mega payday for the star. At the time, the idea of staying put in a highly visible city versus traveling the world, night after night in concert, was fairly new. Her first residency from 2003 to 2007 was sold out and earned Dion a whopping $300 million. As the highest-paid performer in Las Vegas, it seems as though Dion hit the jackpot, and others, like Brittany Spears, Jennifer Lopez, Elton John, and Cher, has followed her sound business example.

According to Celebrity Net Worth, between 2000 and 2010, her Las Vegas residencies, including ticket sales, merchandise, and more, Dion was grossing $720 million, and of that amount, more than $300 million was due to the residency alone.

The singer caught the eye of the music producer and future husband Rene Angelil at just 12-years-old. She experienced success and even won Felix and Juno Awards (Canadian equivalent to a Grammy) in her teens, but it wasn’t until 1991 that Dion became a household name with her Grammy Award-winning Beauty and the Beast title song in Disney’s animated film. Afterward, it was a string of hits, with ballads like Power of Love hitting No. 1 on the Billboard Hot 100 in 1993, Because You Loved Me (another Grammy) in 1996, and then came 1997’s Titanic.

While American sales were through the roof, Dion has continued to release French albums in her Canadian birthplace. In Aug. 2016, her newest release, Encore Un Soir, sold more than 1.5 million copies worldwide, topping the charts in European countries. Overall, the superstar has sold over 220 million albums worldwide and raked in millions in the process.

Following the loss of her husband, the world noticed when Dion hired celebrity stylist Law Roach. After a brief hiatus, the star came back into the world with a new, fashionable look. According to Harper’s Bazaar, the colors, bold prints, and top name brands led her to Paris Couture Week with the other fashion icons of the day. She partnered with the Bugatti Group to launch her personal collection of handbags, luggage, and additional accessories. The high-quality materials ranged in price from very affordable to very expensive.

Dion co-owns a Canada-based entertainment company, Les Productions Feeling Inc., with her late husband. According to HELLO, she partnered with tennis stars Andre Agassi, Steffi Graf, and basketball all-star Shaquille O’Neal to open Pure, a popular nightclub at Caesars Palace in Las Vegas. She was the founder of Nickels Restaurant’s food chain and, in 2003, signed on to release Celine Dion perfumes. The perfume alone saw global retail sales of more than $850 million in 2010.

Dion also has several promotional deals. She sang You and I in 2004, the campaign song for Air Canada, and in 2019, she became the new face of L’Oréal cosmetics.

Today, Dion has a $10 million mansion in Paris and another in Las Vegas, but at one time, she and her late husband owned a 13-bedroom, five-bathroom luxurious mansion on Jupiter Island in South Florida. She sold the home for more than $38 million back in 2013 and then sold her second home in Quebec, Canada, in 2017 for more than $25 million. According to Pure Wow, the second home included four bedrooms and three separate pools, but the profit Dion earned from the sales likely dictates she can stay wherever she wants as she travels the world.

READ NEXT: Canada’s 10 Most Famous Singers