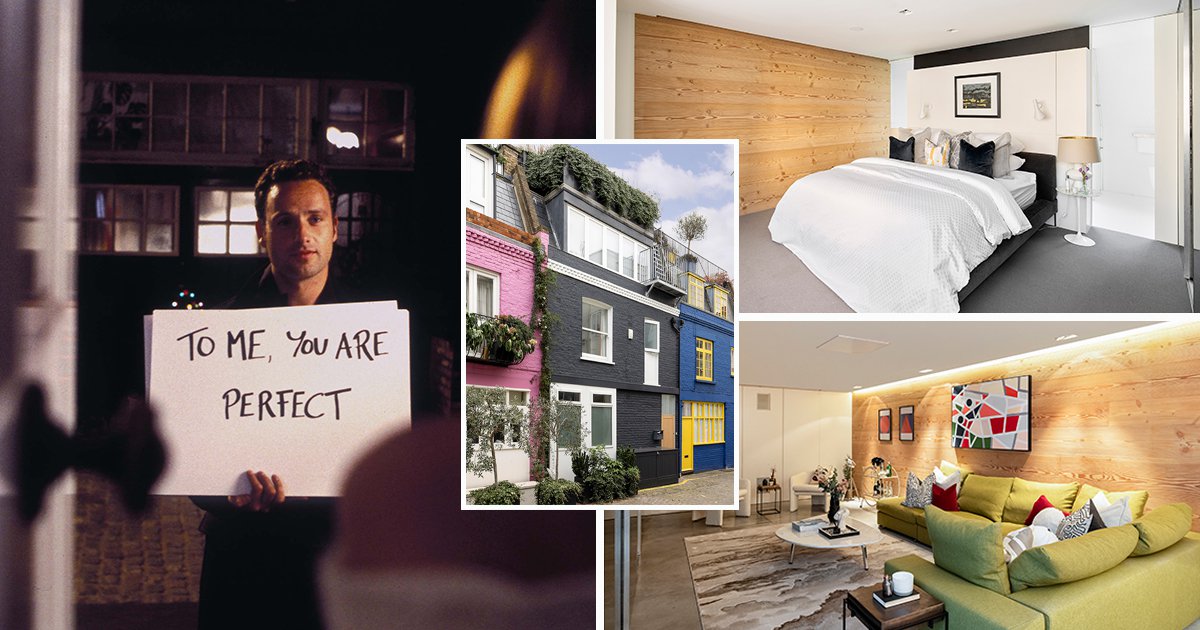 It’s a New Year, Christmas is over, and we have another 360 days before our next viewing of the iconic film Love Actually.

But, fans of the festive classic have another way to celebrate their love for the film – if they have £3.25million gathering dust in the bank to spare.

The house where one of the most famous Love Actually scenes was filmed is now on sale in London, but it doesn’t come cheap. For most of us, the £200 we whacked into our help-to-buy ISAs isn’t going to cut it.

The scene is a contentious one, with fans divided on whether it’s super romantic, or very creepy, and has been copied many a time in adverts, political campaigns, and newly released Christmas rom-coms trying to capture the magic of Love Actually.

In the scene, Mark (Andrew Lincoln) rings the doorbell of his best friend’s home, where his wife Juliet (Kiera Knightley) answers the door. Mark, if you didn’t know, is in love with Juliet and takes this opportunity to profess his love.

He holds up a big handwritten card telling Juliet to lie to her husband (his best friend, mind) that he’s a carol singer, playing a CD of Silent Night to sell it.

The rest of the cards see him explaining to her that he loves her and is only telling her because ‘at Christmas, you tell the truth’ and he has no ‘hope or agenda’ for his confession.

Mark then leaves, having done what he came to do, and Juliet runs after him to kiss him before returning to the sofa, where her husband is waiting for her.

But, regardless of what you think of the scene, there is no doubt that this home would be a great conversation starter.

The three-bedroom house on sale is located in Notting Hill, London, and is right next to the pink house where Juliet lived in the movie.

It has its own roof terrace that features a hot tub, and open-plan kitchen and dining room for your Love Actually-themed dinner parties.

The kitchen has a breakfast island and stainless steel fitted units, having been modernised significantly since 2003.

Each bedroom has an en-suite bathroom and fitted wardrobes so there’s no need to fight over showers or worry about clothing mishaps with family or guests.

There is also a basement, which serves as an entertainment room, storage, and the possibility of a fourth bedroom if the lucky owner needs a spare.

One of the most unique features of the house is a bespoke Schotten & Hansenwhich Siberian lurch wood wall, which offers a Scandinavian twist and another great conversation topic for anyone visiting your home.

Plus, there’s underfloor heating throughout so you don’t have to worry about your toes falling off in the winter.

Chelsea Whelan, partner in Knight Frank’s Notting Hill office said: ‘Designed by Andy Martin architects, the property’s black and white exterior is a contrast to the pretty pink house next door, and offers contemporary take on a traditional mews home.’

‘The available light throughout the three-bedroom house is captured creatively through the use of timber and glass; atop, a decked roof terrace features an outdoor kitchenette, a hot-tub and views across the rooftops of the neighbouring picturesque properties.’

So, if you’re looking for a new home and have the money, this home might be the perfect place, actually.