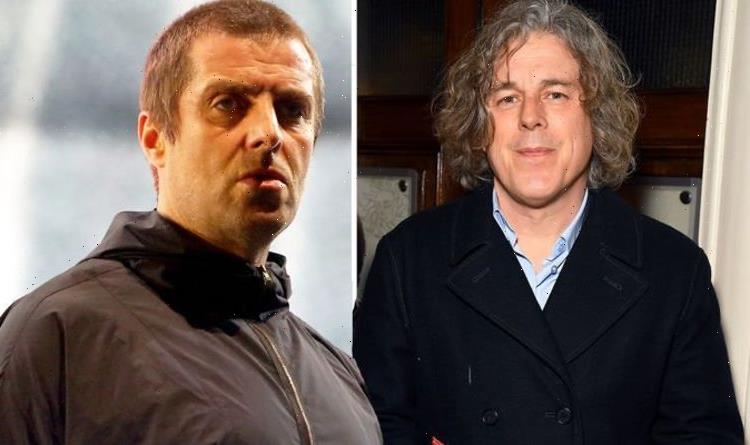 Liam Gallagher, 49, took offence after comedian Alan Davies slammed his beloved football team Manchester City and took aim at newly bought player Jack Grealish in his latest podcast episode. The Oasis singer didn’t hold back as he tweeted: “Alan Davies you need to f*** off to another C***RY 1 where they ain’t got a sense of humour you’ll fit rite in you un funny s****bubble MCFC LG x.”

The Jonathan Creek star, 55, who supports Arsenal, said this week: “There is a stink of Manchester City in our league and I just wish this mob had bought a club in another league.

“Go buy Borussia Monchengladbach, take them past Bayern Munich to the top of… whatever their league’s called, just do that… the Bundesliga.

“Do that, go buy someone else. Get out of our league. We do not want your money.”

He went on to slam midfielder Jack, who was bought for a reported £100 million.

Alan added on his podcast The Tuesday Club: “You have a £100 million moron gurning away on the bench, grinning at Arsenal fans basically taking the p*** out of us… who’s happy because he can’t get in the side, you’re not even playing!”

He went on to claim that Jack had “ruined” his career, adding: “Why don’t they sell up and leave? Can we have a vote?

Gunners fans were left raging after a penalty was given to their opponents, but not them after Ederson got under Martin Odegaard’s feet.

Liam’s harsh words didn’t go unnoticed with his fans, who commented on his post.

James Piggford added: “Liam Gallagher Vs Alan Davies is the beef we didn’t know we needed in 2022.”

Jack Brokenshore typed: “I like Alan Davies but he is wrong here, City are a wonderful team to watch even when they thrashing my team @Everton! It’s because they are so good.”(sic)

Alan is yet to address Liam’s comments on his Twitter page.

The Oasis star isn’t one to hold back on his thoughts.

Last month, he hit out about there being no real rock and roll stars left.

He fumed on Twitter: “The problem with rock n roll is there’s no rock and roll stars.

“Every **** thinks they are an artist these days. Woman artist ooh la la.”

After a fan asked him what qualified someone as a rock and roll star, he replied: “Not calling yourself an artist.”