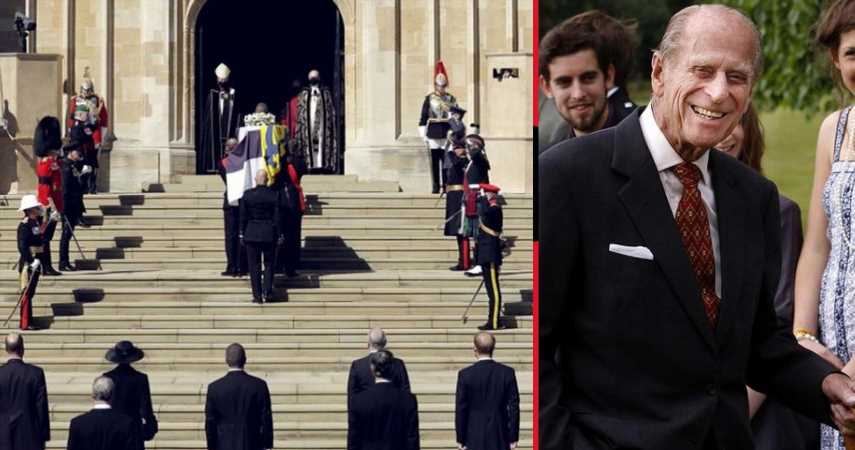 The heartbreak following the death of Prince Philip is still being felt across the world today. But nothing compares to what Queen Elizabeth feels since she was married to the Duke of Edinburgh for 73 years.

During their lengthy marriage, the queen paid tribute to her husband multiple times. But it was her statement during their golden anniversary in 1997 that stuck with the rest of the world.

“He has, quite simply, been my strength and stay all these years,” the monarch said.

While Her Majesty can no longer be with her husband physically, Prince Philip made sure to leave the queen with a massive fortune following his demise.

Here’s how much the dad of four had while he was still alive and who will inherit his riches.

RELATED: Prince Philip Cancels Appearance: Many Worry For His Health

Prior to Prince Philip’s retirement in 2017, he was reportedly receiving $500,000 yearly from British taxpayers. It is unclear if he still received a salary after he retired from his royal duties, but he continued to receive other funds.

According to Style Caster, Prince Philip maintained access to funds earned by his slew of properties, as well as from assets set up by the Duchy of Lancaster in 1399.

The Duke of Edinburgh and his wife also shared several lands and stocks that were inherited by the queen’s family. This includes Balmoral Castle and the Sandringham Estate, where he spent most of his time before the coronavirus pandemic.

But even though Prince Philip in several of the queen’s properties, he doesn’t own any of them. So he doesn’t have any land to give away to his children.

The money he leaves behind

Since the queen is still alive and well, all of Prince Philip’s fortune will be left under her care. But after she passes away, the couple’s fortune will be divided among their four children, namely, Prince Charles, Princess Anne, Prince Andrew, and Prince Edward.

It is unclear if Prince Philip left behind an inheritance for his grandchildren. But according to reports, he gave his horses and carriage to his youngest granddaughter, Lady Louise.

At the time of his death, Prince Philip’s net worth was estimated at $30 million. Some of his fortunes came from his former career in the navy. He also has a range of expensive artworks that is under his wife’s care.

Prince Philip’s wife, on the other hand, has a much higher net worth compared to him.

According to Celebrity Net Worth, Her Majesty’s net worth is estimated at $600 million. This income comes from several sources such as the Crown Estate, Buckingham Palace, and several personal assets.

The publication differentiated the Crown Estate from the queen’s personal assets. The latter includes the properties that the monarch personally owns such as Balmoral Castle and the Sandringham Estate.

The Crown Estate, on the other hand, is a real estate portfolio that is not owned by the queen or the government. And if she had ownership of the Crown Estate, her net worth could reach as high as $25 billion.

Still, even if the queen doesn’t own the Crown Estate, she still receives some profit from it amounting to $18 million per year.

Her Majesty also owns another real estate portfolio known as the Duchy of Lancaster, which generates an income of $27 million per year. And the queen also gets 25 percent of the income produced from the Sovereign Grant.

Even though Prince Philip’s fortune is nothing compared to the queen, the late royal still left his family with more than enough to last them a lifetime.

Money doesn’t seem to be an issue between the queen and Prince Philip since their marriage has already withstood the test of time.

During his funeral, the queen arrived at St. George’s Chapel at Windsor Castle in an all-black ensemble. She sat at the chapel by herself while listening to the funeral service led by Justin Welby, the Archbishop of Canterbury.

After Prince Philip’s coffin was lowered into the royal vault, reports revealed that the queen left a handwritten letter for her husband. Her Majesty signed the card with her childhood nickname, Lilibet. However, no one knows for sure what she wrote in her letter.

READ NEXT: Queen Elizabeth Net Worth