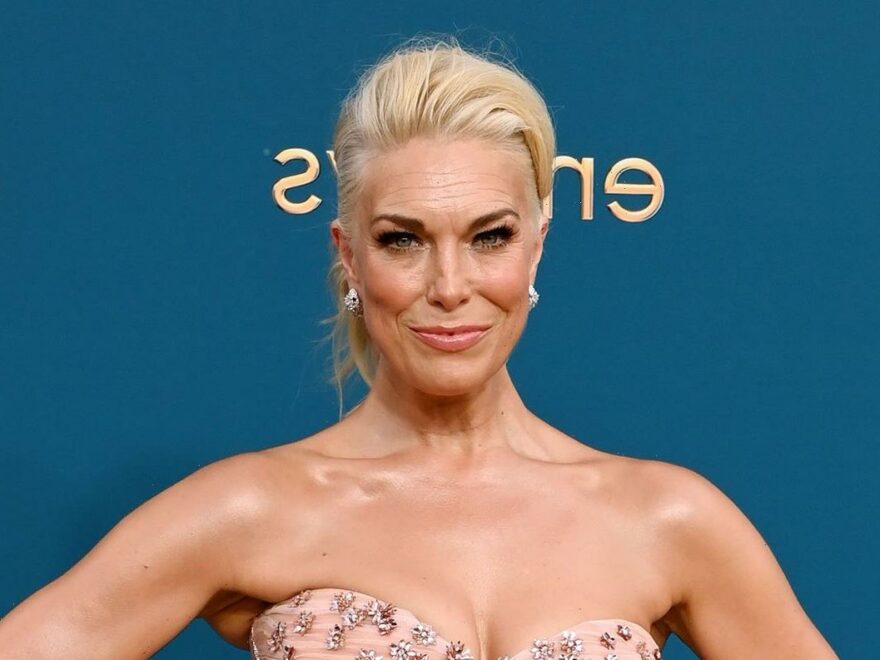 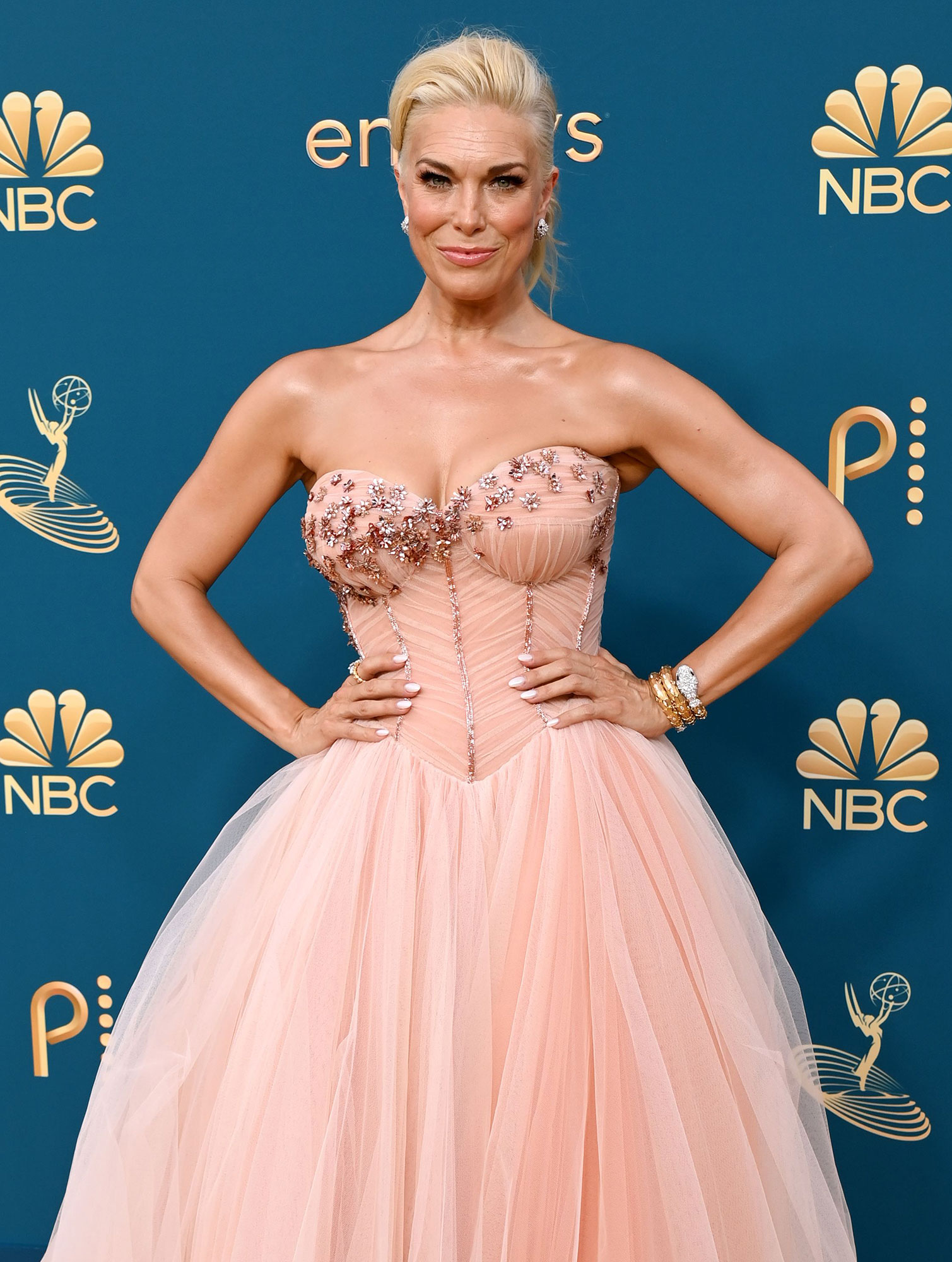 Hannah Waddingham proved beauty isn’t always pain. The actress kept her feet cozy at the 2022 Emmys, rocking a pair of sparkly sneakers on the red carpet.

The Ted Lasso star, 48, arrived at the Microsoft Theater in Los Angeles on Monday, September 12, in a princess-inspired gown by Dolce & Gabbana. The dress featured a jeweled bodice and a billowing skirt. As she posed for photos before the ceremony, the London native revealed her glittery kicks.

“I just thought, ‘Let’s go girly … let’s wear trainers underneath,’” Waddingham told Variety on the carpet before lifting up her frock. Her shoes featured a high-top silhouette and were adorned with crystals. The Sex Education star paired the footwear with cozy white socks. “It’s not as if I’m not tall enough,” she joked.

Waddingham completed the look with a stunning ponytail and dangling earrings. For her glam, the Game of Thrones alum rocked peachy eyeshadow and a soft pink look. 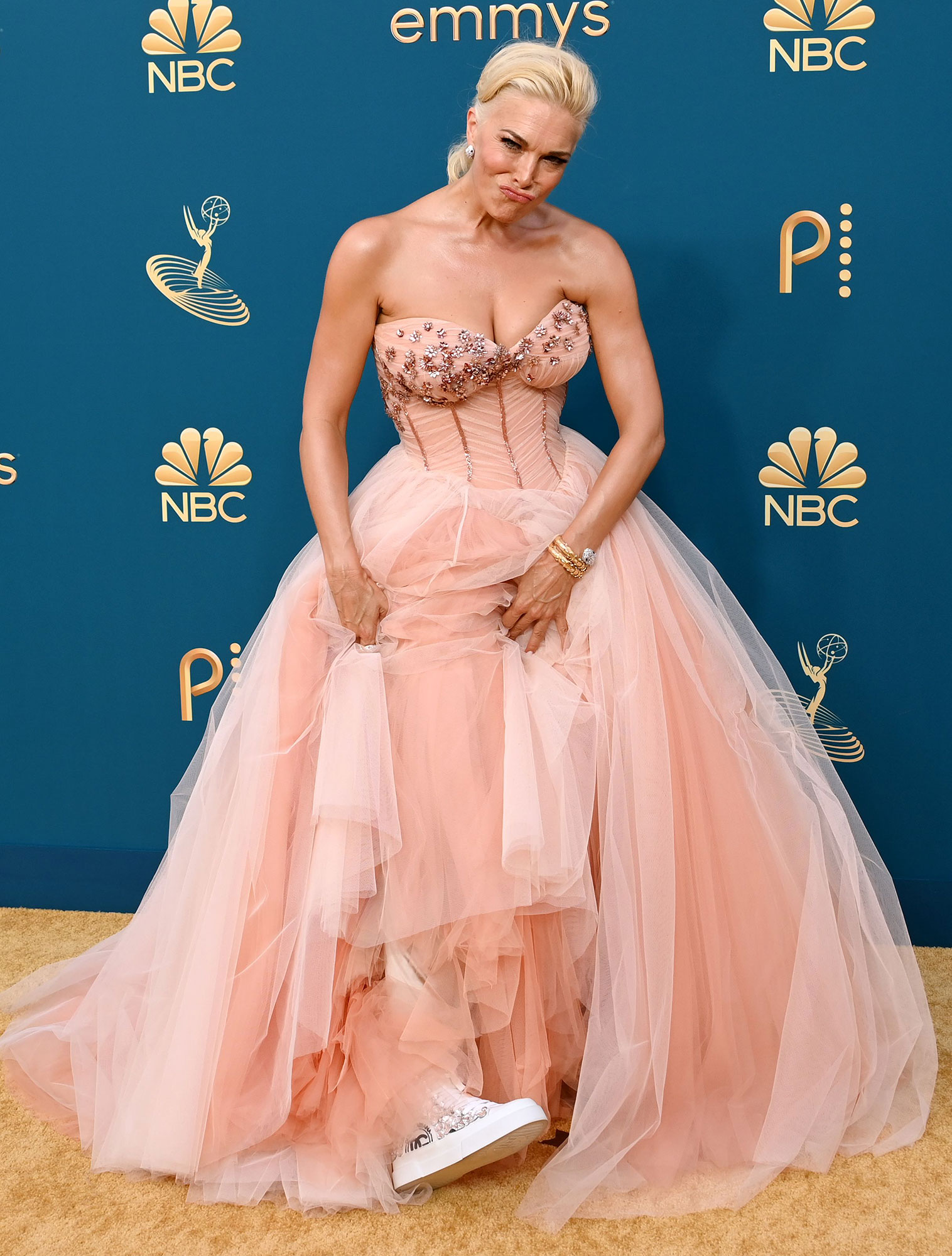 Monday’s awards are a big one for the star, who is nominated for Outstanding Supporting Actress in a Comedy Series for her role as Rebecca in Ted Lasso. She took home the trophy for the same category at the 2021 ceremony. “Jason, you changed my life with this and more importantly my baby girl’s,” she said in her acceptance speech at the time, praising costar and executive producer Jason Sudeikis. “I’m honestly so privileged to work with you. I really am.”

The Best Beauty Looks at the 2022 Emmy Awards: Photos

The hit Apple TV+ series has been nominated for 20 Emmys this year, including Waddingham’s nod. Sudeikis, 46, is up for Outstanding Lead Actor in a Comedy Series.

The show follows Sudeikis’ Lasso, an American college football coach who is hired to coach an English soccer team in an attempt by its owner to get back at her ex-husband.