Leonardo DiCaprio and Gigi Hadid both in Milan during fashion week

Let’s have a toast for Gigi Hadid.

The model called Kanye West a “bully” via Instagram on Tuesday after the rapper mocked Vogue editor Gabriella Karefa-Johnson’s style choices for not approving of his widely-condemned “White Lives Matter” shirts.

“You wish u had a percentage of her intellect. You have no idea haha…If there’s actually a point to any of your s–t she might be the only person that could save u,” Hadid, 27, commented under a post West, 45, shared.

“As if the ‘honor’ of being invited to your show should keep someone from giving their opinion..? Lol. You’re a bully and a joke.”

The rapper had previously posted a photo of Karefa-Johnson to his Instagram where she was seen wearing lace-up brown boots, a striped knit skirt, a casual yellow graphic tee and a corduroy trench coat. The fashion journalist completed her look with a blue Balenciaga purse, mirror sunnies and a chunky necklace.

“This is not a fashion person,” West captioned the photo on Instagram, adding, “You speak on Ye Ima speak on you Ask Trevor Noah,” he said referencing his beef with the late-night host. 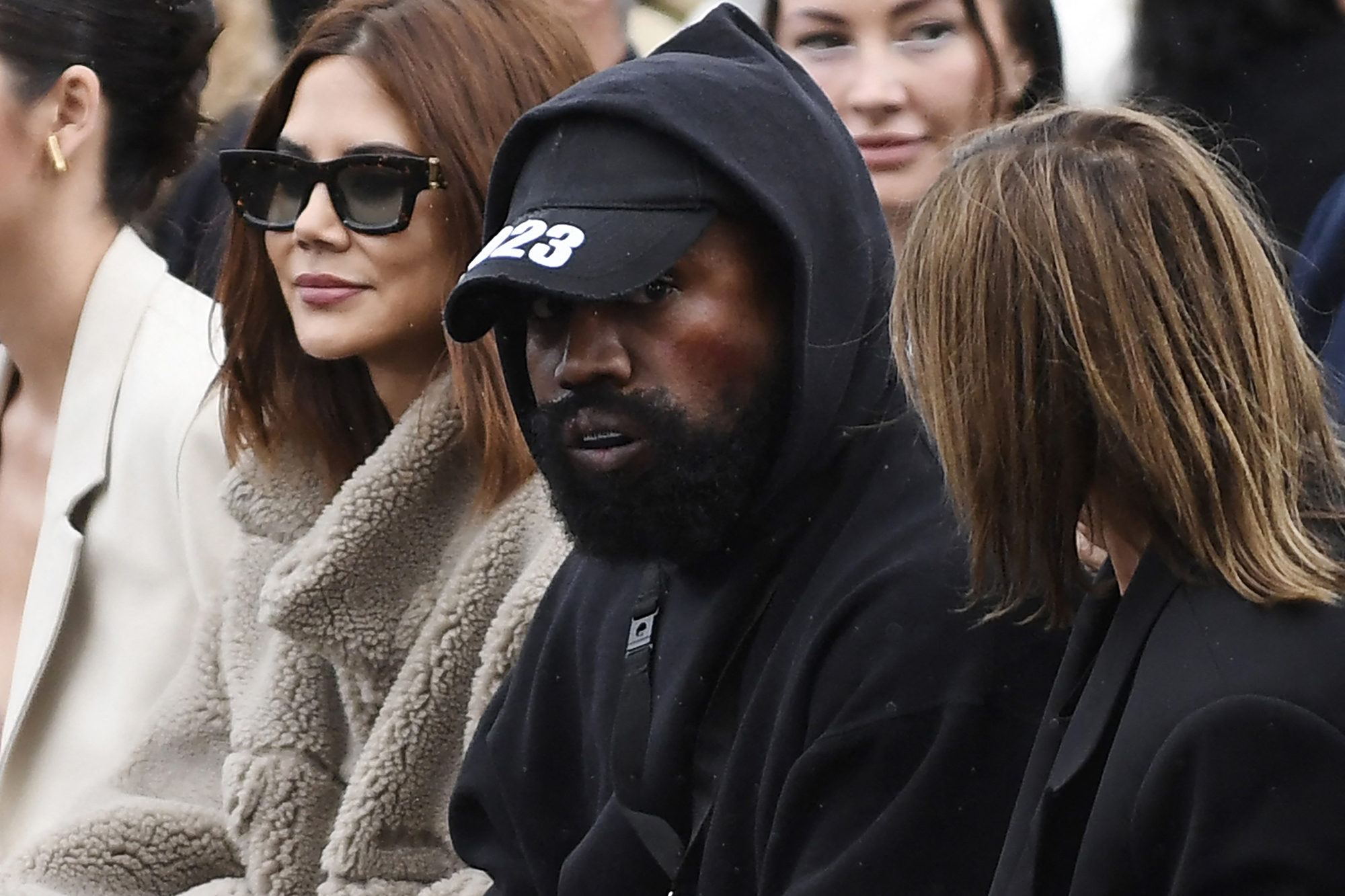 In another post, West wrote of the editor’s outfit, “I KNOOOOOW ANNA HAAAATES THESE BOOTS,” referring to Vogue Editor-In-Chief Anna Wintour.

His criticism comes after Karefa-Johnson took to social media to slam the “White Lives Matter” shirts West debuted at his Yeezy fashion show in Paris on Monday. 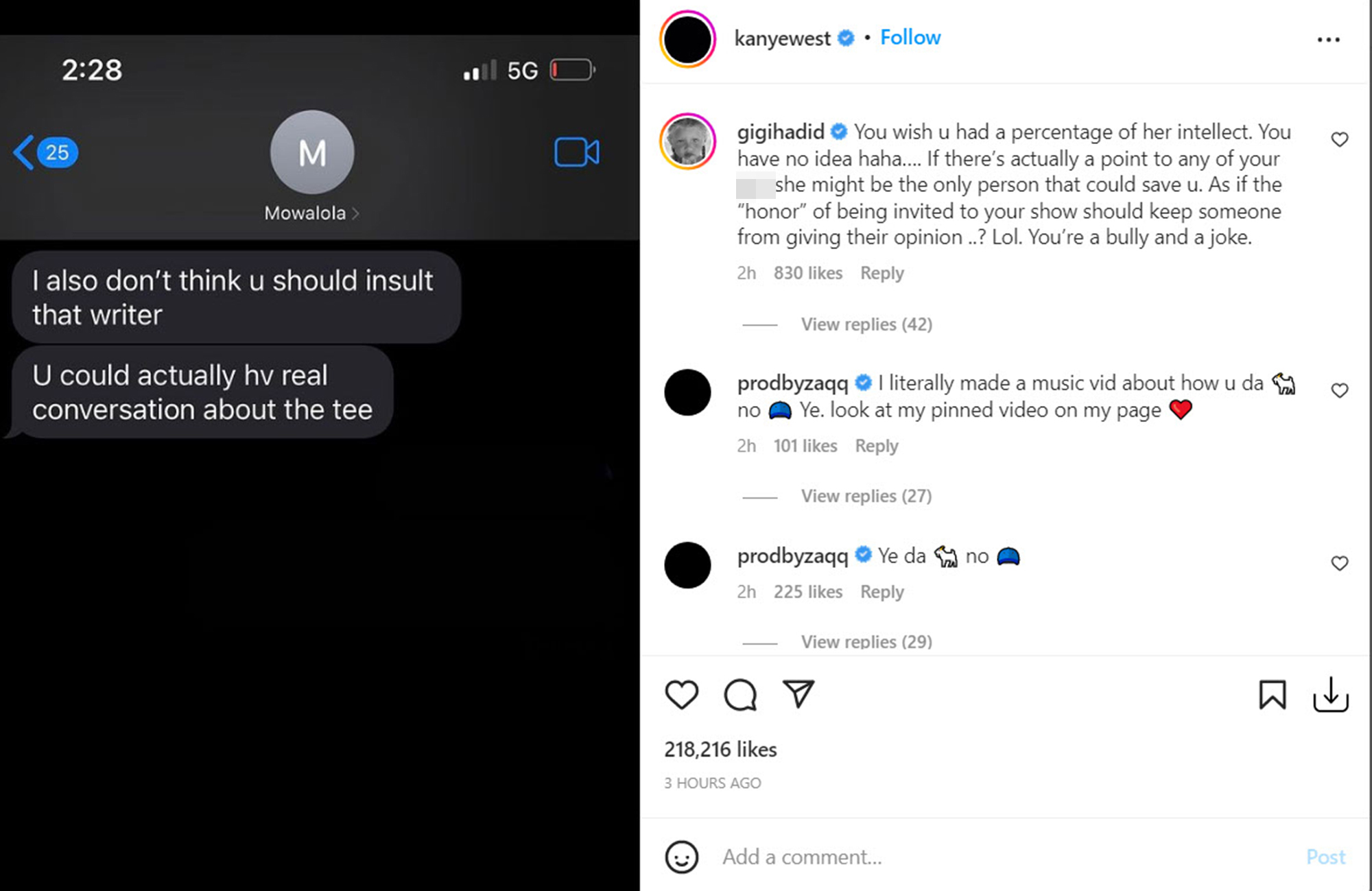 “I’m fuming… collecting my thoughts …,” she wrote via her Instagram Story along with a video from the Yeezy fashion show, calling West’s design “Indefensible behavior.”

“I guess I get what he tried to do– he thought it was duchampian. It wasn’t,” she wrote in another IG Story. “It didn’t land and it was deeply offensive, violent and dangerous.” 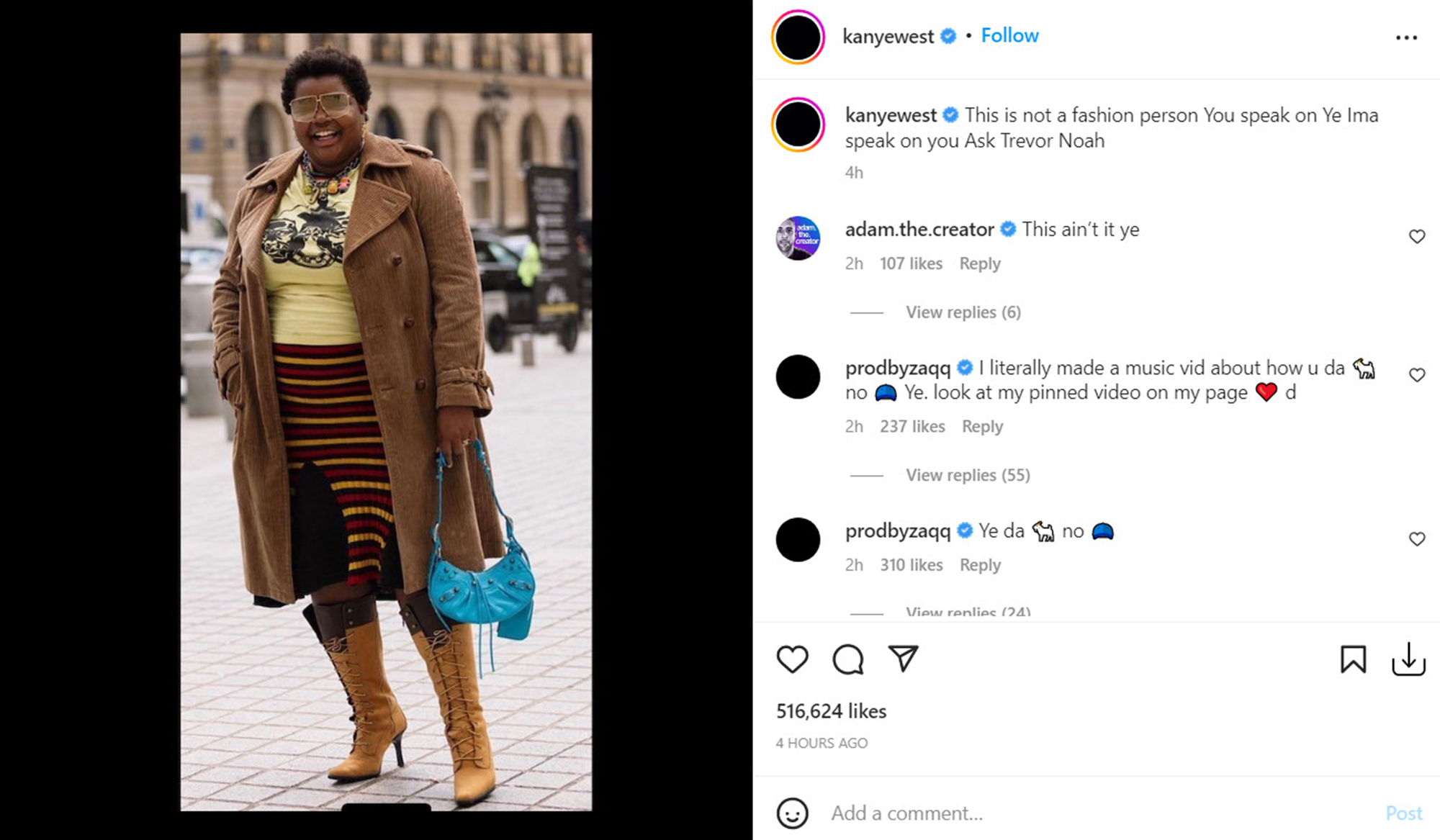 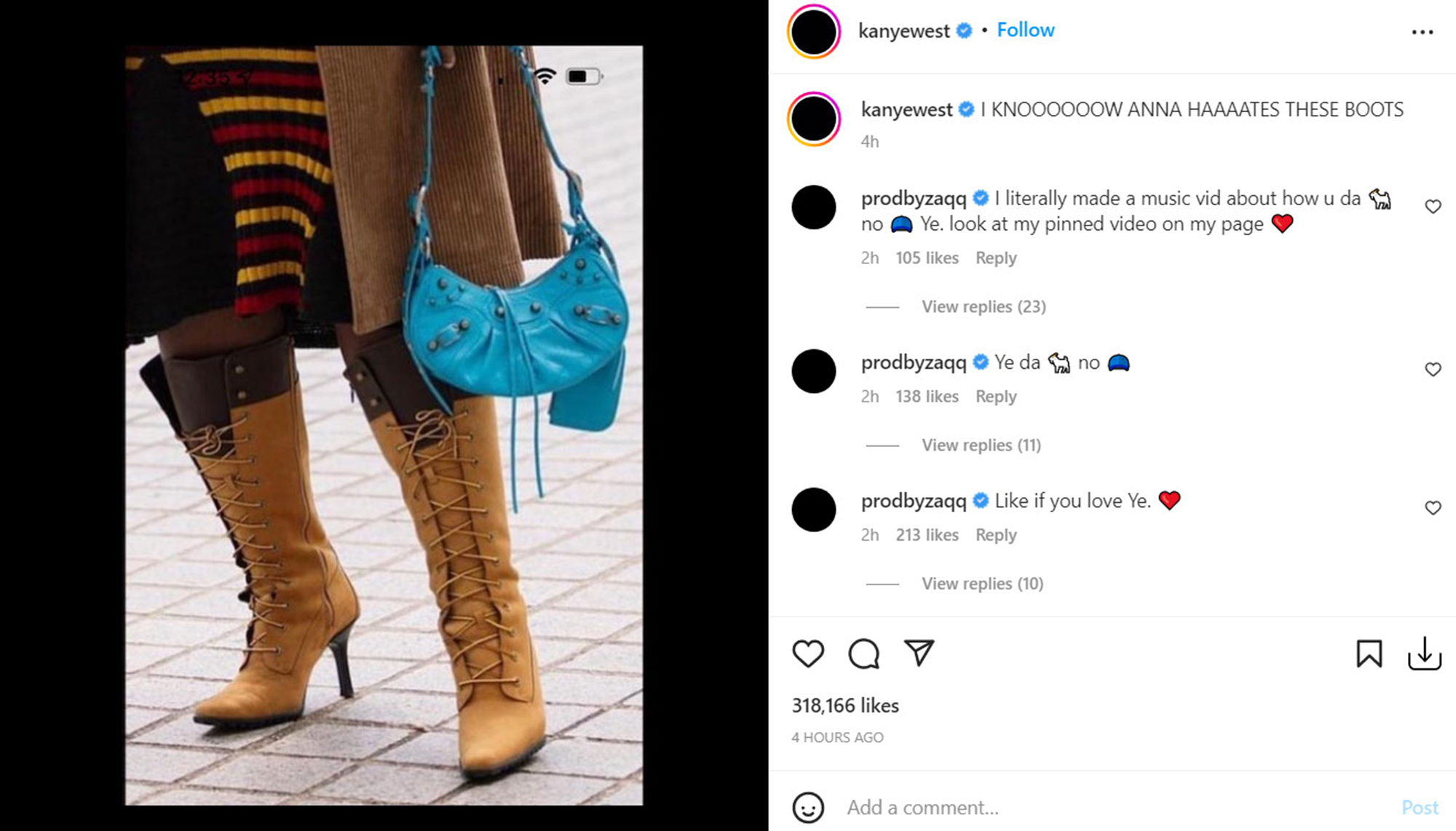