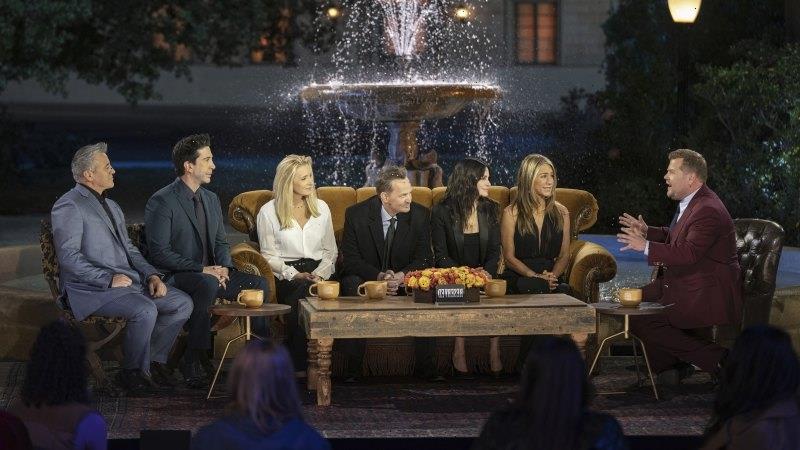 It’s easy to see from the outset that Friends: The Reunion is gonna be the one with a lot of moments. But the best moments are sometimes the most subtle. And in the opening sequence of this long-awaited reunion, one early exchange is almost lost in the noise.

As the six cast members from the world’s most popular 1990s television sitcom walk around the rebuilt sets on Warner Bros sound-stage no.24 and reminisce about their shared history, Matthew Perry says to Lisa Kudrow: “It had its moments.” And she replies: “That’s what I hear.” 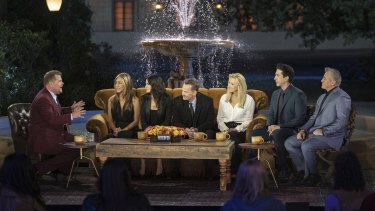 Friends: The Reunion is equal doses of sentiment and saccharine, hitting all the required marks of a television reunion. It has laughter, it has tears. It wheels out more surprise appearances than a rerun of This Is Your Life.

At the same time, it is a roll of the dice with our collective sense of nostalgia. And a test of our affection for a group of characters who were, ultimately, a work of fiction. It also sits on a curious pivot. If you were a fan of Friends, the 90s sitcom about six friends living in New York, brace yourself because this is a ton of fun. It really is. If you were not a fan, then you might be forgiven for wondering what all the fuss is about. 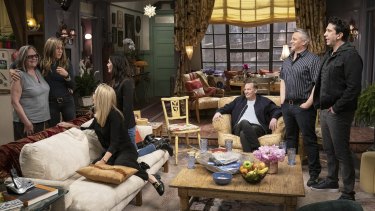 Cast and crew during the filming of Friends: The Reunion.Credit:Warner Bros

In that sense, this requires that you commit to the experience. And it does pay off. Parts of it, in particular the fountain-side sofa chat with host James Corden, feel the most contrived. It’s a little too chatty-chat to deliver on the kind of substance it is aiming for. And the fountain itself is a bit of a cheat: when the show was filmed it was located on the nearby Warner Ranch, only moving to the Warner Bros studio, where the reunion is filmed, in the last few years.

At other times, however, the air here positively crackles with nostalgia and tenderness, particularly when the six cast-members Jennifer Aniston, Courteney Cox, Lisa Kudrow, Matt LeBlanc, Matthew Perry and David Schwimmer are on their own.

There is a kind of walking tour of the show’s sets, which turns into a sitting-round-the-living-room conversation, and a mock-up script “table read” where the actors talk through and speak select pieces from the show. At times the lines are corny. But in other moments, there is such heart in the delivery it is hard not to be moved by it.

The special comes in at one hour and 45 minutes, or thereabouts, and the sides are splitting with guest appearances. Poor old career barista Gunther (James Michael Tyler) gets barely a minute to reflect on his time in the series. And it’s lovely to see (and hear) Maggie Wheeler, who played Chandler’s girlfriend Janice, again.

And then there is Elliott Gould and Christina Pickles, who played Ross and Monica’s parents Jack and Judy Geller, and whose appearance is unexpectedly affecting, like seeing friends of your parents whose arrival suddenly knits the present to your childhood.

In a business defined by shallow personalities and often superficial recollections, the genuine affection the cast of Friends have for each other, and the show’s creators Marta Kauffman and David Crane, is palpable. And that comes through the screen, whether it is Kudrow giggling infectiously at the antics of her cast-mates, or moments that unexpectedly bring out the tears.

And getting that tone right is a substantial win when you consider that commerce is driving this behemoth as much as nostalgia. Each of the six stars was paid US$2.5 million for the reunion. And if that sounds expensive, it is a fraction of the show’s value to Warner Bros, which shelled out US$425 million to keep it on the studio’s streaming platform HBO Max.

Friends: The Reunion is streaming on HBO Max in the US and on Binge in Australia.